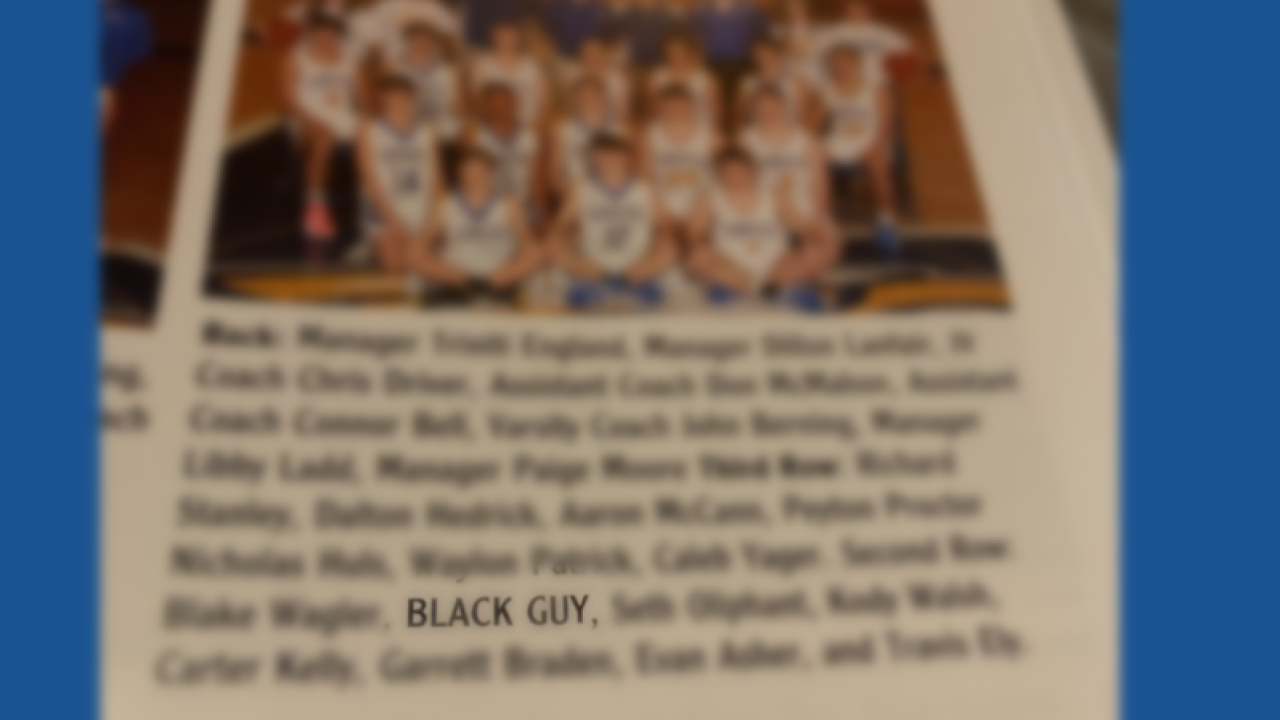 Photo provided
A photo shows how a student was referred to the 2020 Brown County High School yearbook.

NASHVILLE, Ind. — A faculty advisor for the yearbook at a high school in Indiana has been suspended without pay for two weeks for a photo caption that referred to a Black student as "Black Guy" instead of the student's name.

Brown County Schools Superintendent Dr. Laur Hammack and high school principal Matthew Stark made the announcement in a letter to the district on Friday.

"Our investigation did not identify any students (currently enrolled or graduated) who were involved in the creation of the offensive content," the district's statement read. "We believe the content was created by the faculty advisor for the yearbook; he will no longer serve in that role. Additionally, this same faculty member is being suspended without pay for two weeks."

The district did not identify the staff member nor say whether the advisor is also a teacher.

"Both the family of the student and the former faculty advisor involved have committed to a restorative conference where the harm that was caused is acknowledged, the individual causing the harm is held accountable, and an honest discussion about the harm caused by this inexcusable act is conducted," the district's statement read.

The district said that the discussion will and needs to continue.

"We are having meaningful conversations with students, families, and members of the larger Brown County community to help ensure an incident of this type will never happen again," the district said. "We will continue to keep you informed of our efforts."

The caption was in a photo of one of the high school's basketball teams.

"We remain deeply grateful for the ongoing engagement of the student and family involved in being a collaborative partner in rejecting discrimination of all types and against anyone," the district said in its statement.

"We will not [waiver] in our commitment to treating all our students with the respect and dignity they deserve. We absolutely and unreservedly reject the use of any pejorative term to describe anyone — especially those who are a member of the Brown County Schools family."

This story originally reported by Bob Blake on wrtv.com.