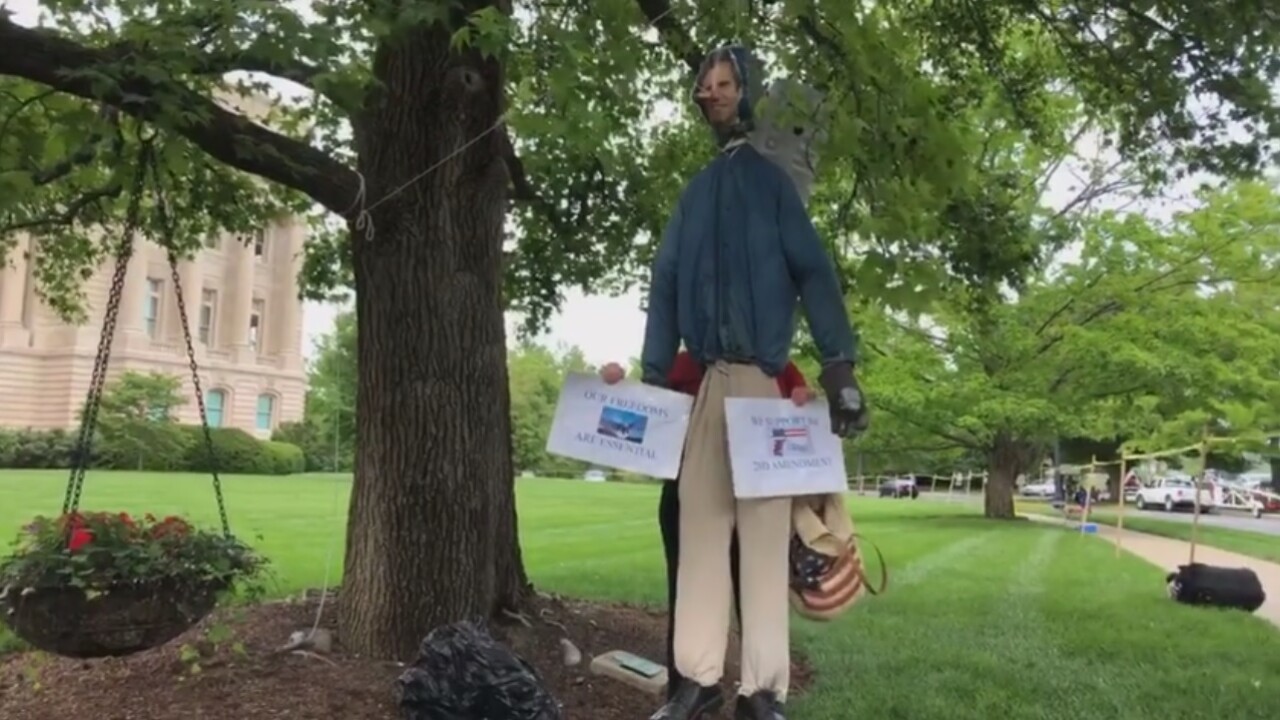 FRANKFORT, Ky. — A Kentucky auto group says it fired one of its employees after that employee was involved in hanging an effigy of Kentucky Gov. Andy Beshear last Sunday.

The Neil Huffman Auto Group said in a statement Tuesday that it fired one of its employees in connection with the incident.

"The Neil Huffman Auto Group does not condone threats of violence in any form, whether they be a call to action or an implied threat. Following an internal investigation of this matter, the employee was terminated," the company said in a statement. "There is no place for hate or intolerance at any of our dealerships."

Neil Huffman Auto Group has one location in Frankfort, which is where the hanging of the effigy took place.

A statement from Neil Huffman Auto Group on May 26, 2020. pic.twitter.com/SkElCl0KhH

The effigy of Beshear was hung Sunday during a pro-gun rally in front of the Governor's Mansion in Frankfort. Eventually, the rally morphed into a protest of Beshear's continued coronavirus-related lockdowns.

According to Gerry Seavo James, who witnessed the incident, a protest organizer brought the effigy out of his trunk and hung it up

"Immediately as I saw that go up, as an African-American, there's this imagery of generational trauma, and you think of lynching and images gathered around getting lynched as entertainment, that image clicked in my head when I saw that," James said.

.@SenateMajLdr: “As a strong defender of the First Amendment, I believe Americans have the right to peacefully protest. However, today’s action toward Governor Beshear is unacceptable. There is no place for hate in Kentucky.”

This story was originally published by WLEX in Lexington, Kentucky.