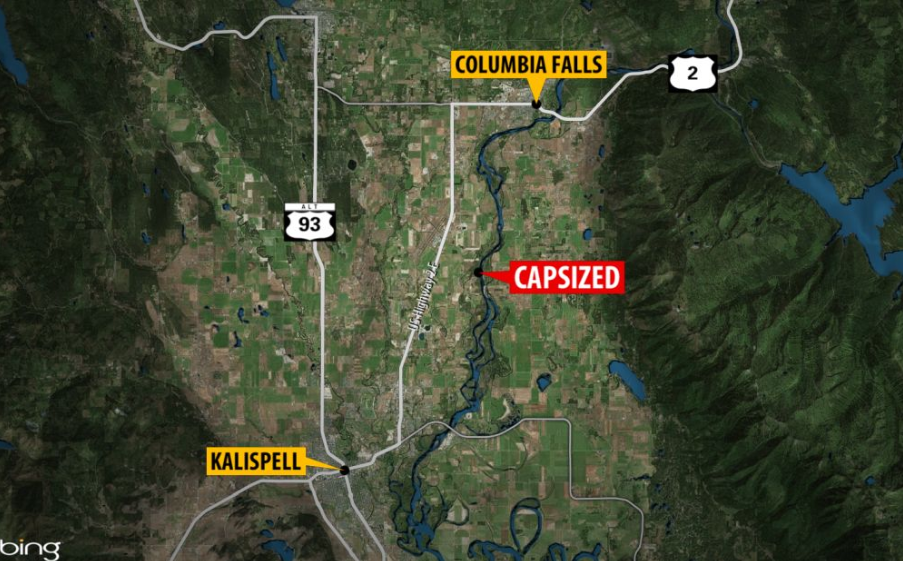 COLUMBIA FALLS- Michael Allen of Columbia Falls, 79, has been identified by the Flathead County Sheriff’s Office as the man who died after a boat capsized in the Flathead River.

At about noon on Tuesday, the 911 center received a report of a small capsized aluminum boat on the Flathead River just north of the Pressentine Bar fishing access.

Deputies from the Sheriff’s Office, Flathead Search and Rescue, Evergreen Fire, the Two Bear Air Rescue helicopter, and an ALERT helicopter were dispatched.

The boat and two people were located by Two Bear about 2/3 of a mile north of Pressentine.

Two Bear was able to drop off a paramedic. One person was still in the water, and the second was able to make it to shore.

Allen was removed from the water, and personnel from Two Bear and ALERT attempted to revive him, but were not successful.

The second person was hypothermic but uninjured and was treated by Columbia Falls Ambulance.

The cause of the accident is still being investigated.