DENVER, Colo. – The husband of a missing, pregnant Colorado woman was arrested Wednesday evening in connection with her disappearance and that of their two young daughters, police in Frederick, Colorado say. He hasn’t been charged and is being held in the Weld County, Colorado jail.

CBS Denver reports Chris Watts confessed to killing Shanann Watts, 34, who was 15 weeks pregnant, and daughters Bella, 4 and Celeste, 3. The station says investigators were seen removing items from the family’s home. A truck was also taken.

CBS News has not independently confirmed that Chris Watts admitted to police that he killed Shanann, Bella and Celeste. Authorities didn’t say anything about the whereabouts or conditions of the three.

CBS Denver detailed what it learned:

Heartbreaking news to share. CBS4 confirms the family of Shanann Watts has been notified by the Colorado Bureau of Investigation that Chris Watts confessed to officers that he killed his wife and their two little girls. https://t.co/Y0Me7UwjGd

The station says Shanann Watts’ family was also told he agreed to bring officers to the bodies.

A relative of Shanann Watts provided this statement tonight. The husband is being held by police. https://t.co/My4xSGrxth pic.twitter.com/8DNpr4xLEN

Frederick Police told a news conference earlier Wednesday that officers went to check up on Shanann and the girls in their home around 1 p.m. Monday after a concerned friend said she hadn’t heard from Shanann.

One of her friends posted on Facebook that Shanann left her phone, purse, car seats and children’s medicine at home Monday morning, CBS Denver reported. 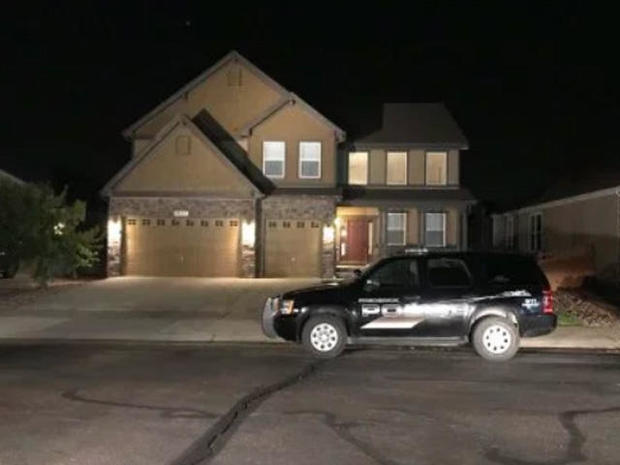 (The home of Chris and Shanann Watts and their two young daughters in Frederick, Colorado on August 15, 2018 / CBS DENVER)

By Tuesday afternoon, the CBI issued an endangered missing alert for all three.

Chris Watts told “Today” Wednesday morning he was living a “nightmare.” He said the last time he saw his family was early Monday morning before leaving for work.

The FBI was assisting the CBI and local authorities with the investigation.