Williams says winning the Democratic primary in 2016 has helped her in this campaign.

With Republican Rep. Greg Gianforte giving up his seat to run for governor, she says she has the best name recognition in the open race. 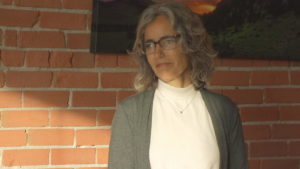 She has been in town the last two days, talking with other groups.

Williams says voters around Montana talk with her about three main issues: healthcare, opportunity and protecting the outdoor heritage.

She says her three terms in the state Legislature can help her in Washington, D.C.

“The value that I hold of being a true representative which is being rooted in the hopes struggles and dreams of my district and in this case, it’s the entire state,” Williams said. “That’s who we need to send to Congress. People that are going for the right reason to be a public servant, that put people over party and policy over politics. I think there’s some there but we need more.”

Williams says there are commonalities in Congress,. even between parties,

She says she has been able to work on a variety of issues, priorities and interests.