BILLINGS – T- shirts have been a big part of the Montana Women’s Run and for eight years, the t-shirt design has been important for or the Kid’s Run.

The Montana Women’s Run announced the winner of the drawing contest for the Kids Run T-Shirt at the YMCA on Thursday.

Aubree Meiers, 8, received the honor of having her art work on the shirt.

Her drawing was chosen from 60 entries and will be given to about 250 at the Kids Run.

Aubree’s winning design has the words "Run cause it’s Fun."

"I did it because I think it rhymes,” Aubree said. “I think that I’m really lucky."

"It’s a pretty cool way for her to be able to share some of her talents and who she is,” said Andrea Meiers, Aubree’s mother. “And so that’s the most exciting part for me." 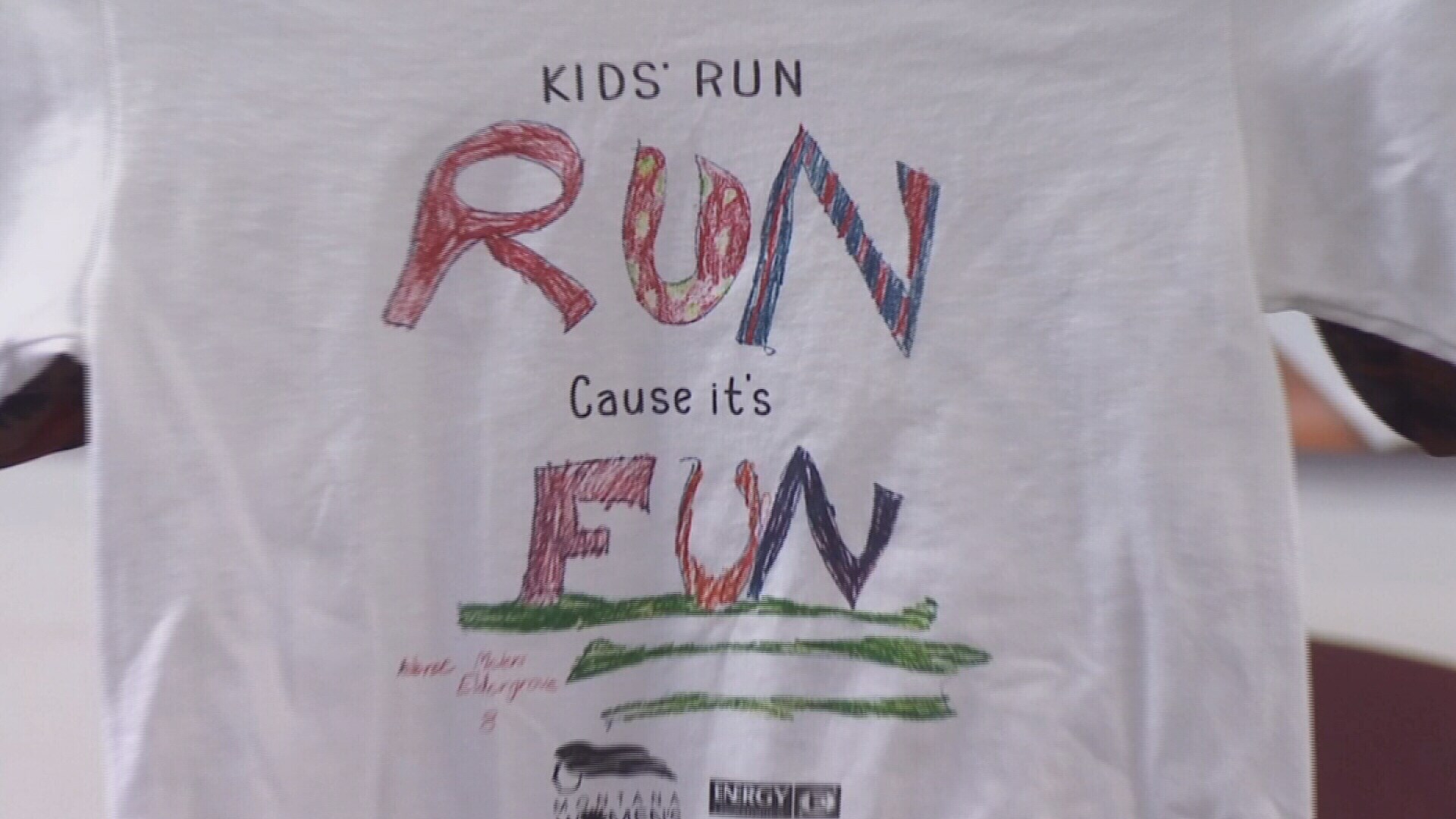 The run is open to kids 10 and younger.

The 37th Annual Montana Women’s Run is May12.