Q2 Weather: A cool down ahead 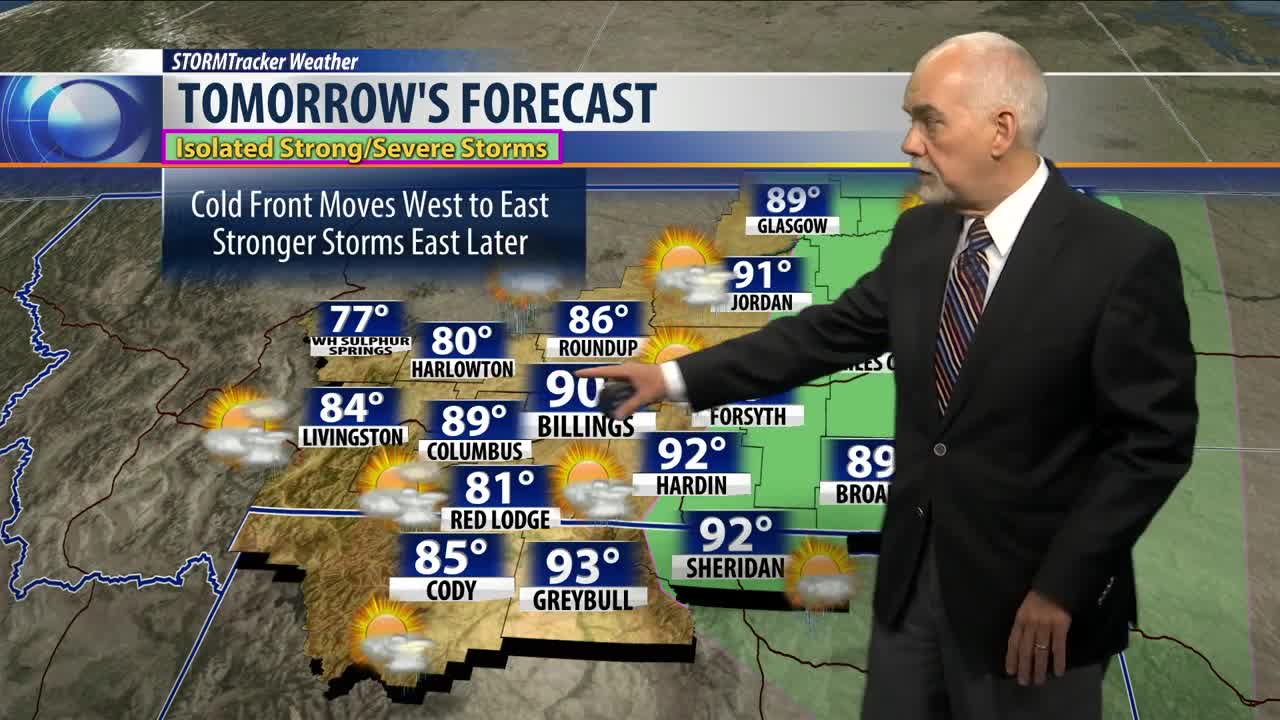 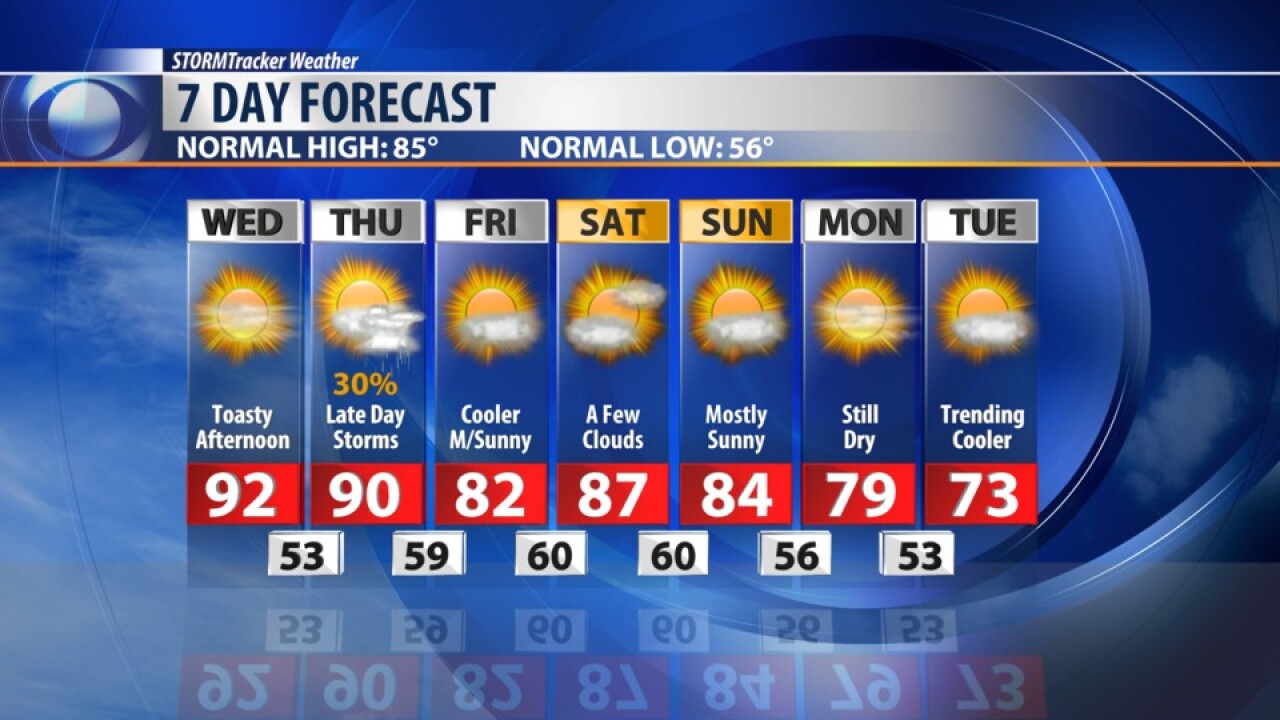 BILLINGS — Another couple of warm days before a transition in the weather begins Thursday afternoon.

Expect plenty of Wednesday afternoon sunshine with highs mainly in the upper 80s to mid 90s. Winds will generally be light except around late day storms.

Isolated showers and thunderstorms could develop into the Big Horn and Beartooth mountains and nudge on to the adjoining foothills. This could create areas of heavier rain with slow-moving storms.

Thursday, a cold front moves across the region bringing the chance of showers and thunderstorms earlier in the day to areaswWest of Billings. The front should reach Billings around lunch time, allowing highs to still move to the upper 80s to low 90s.

By Thursday afternoon and evening, the front will reach Eastern Montana and the Western Dakotas. Heavy rain, hail and gusty winds are possible along the front through the evening.

A general cooling trend will follow, with highs in the 80s through the weekend for the lower elevations. If the current trends hold, highs will only be in the 70s by the middle of next week.

Wednesday night… Mostly clear with a low at about 63.

Thursday… Warming quickly in the morning with a high around 90. Clouds increase with scattered afternoon and evening showers and thunderstorms.