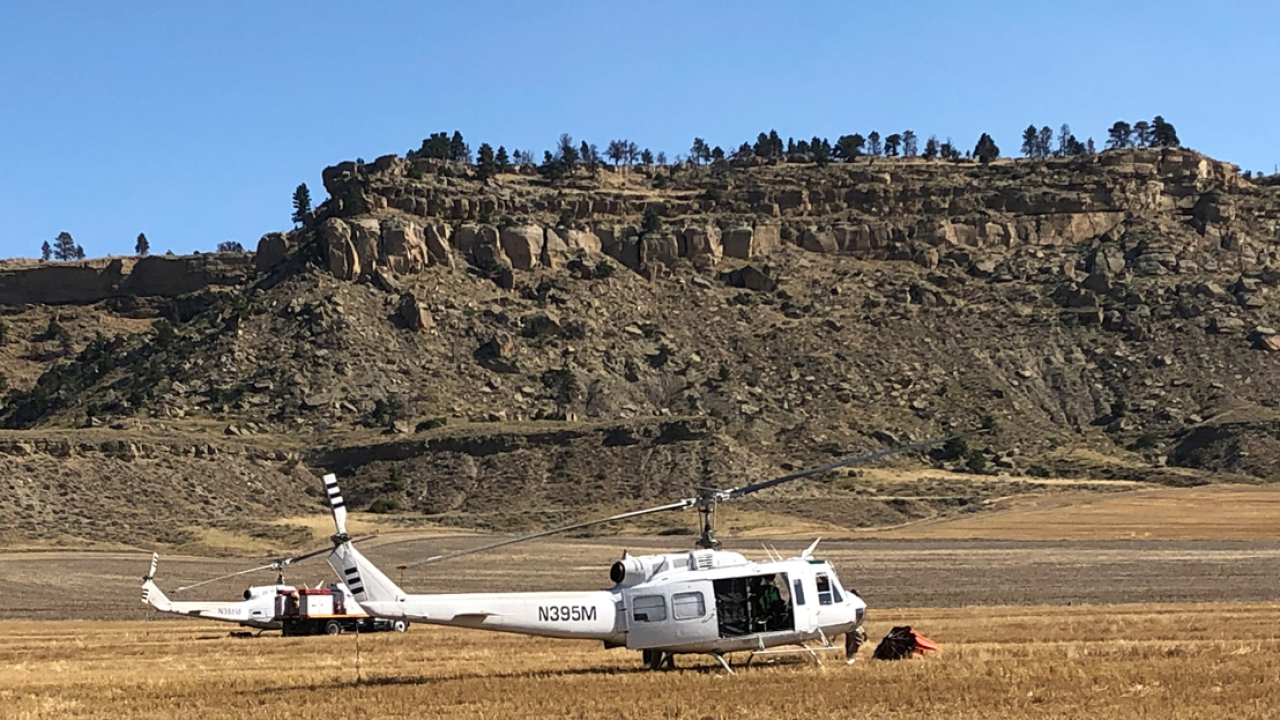 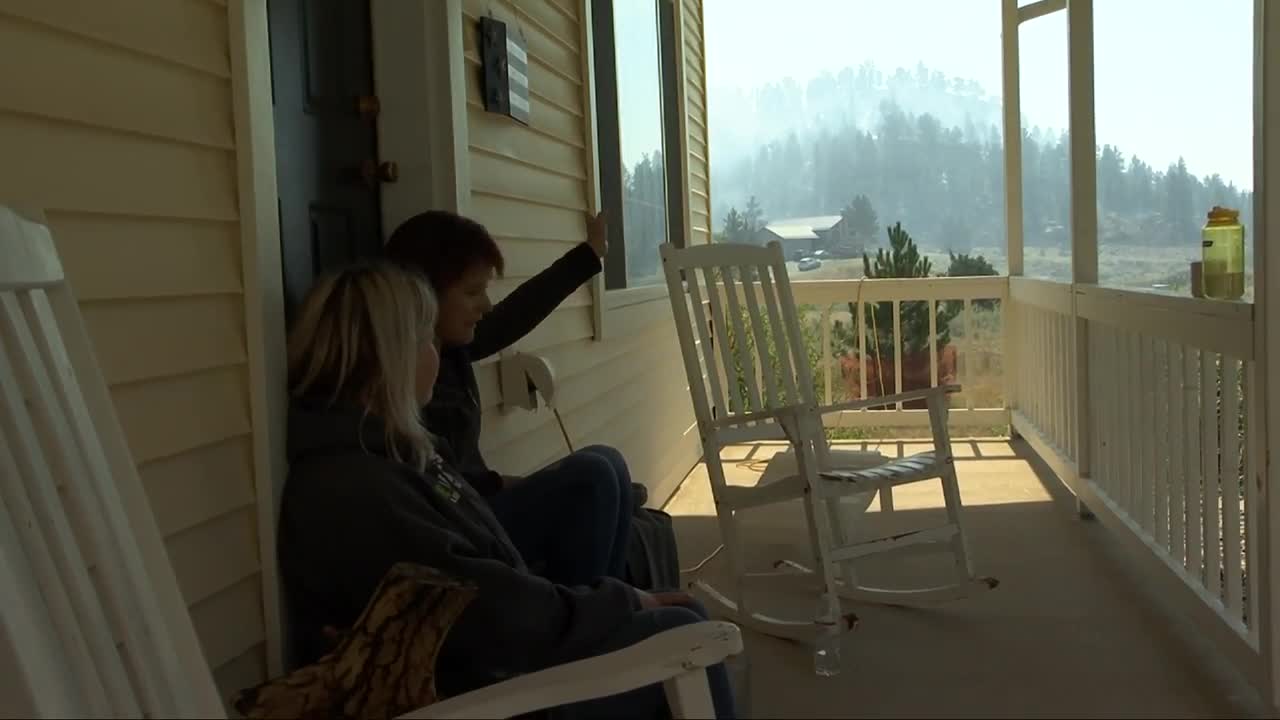 BILLINGS — Thursday morning and into the afternoon, helicopters continued to drop water on the Mountain View Fire, burning northwest of Billings near Molt.

However, the conditions were hot and windy, making those living along Buffalo Trail Road nervous about which way the fire may move.

Roughly 15 homes were evacuated from the area Wednesday night, when the fire picked up and moved toward the road.

Thursday, Geffre and her neighbor Tracy Frickle were running on only a couple of hours of sleep, watching crews fight the fire from the ground and from the air.

“There’s still a threat,” said Geffre. “It all depends on the weather because it’s right there.”

The fire was just feet away from both Geffre and Frickle‘s homes.

And they had, as helicopters started making drops early Thursday morning on the fire, working hard to reach areas in the ravines.

Geffre recalls when the fire first broke out Wednesday.

But it changed fast.

“And then it blew in,” said Geffre.

She said not long after, county authorities were going door to door telling folks to pack up belongings and get going.

“So we started to gather our things and as much stuff in my car as we could,” she said.

Frickle also describing the panic of having to decide what to bring and what to leave in just a moments notice.

“Its really hard, to know what to bring,” said Frickle.

Ultimately, neither left their home. Geffre’s husband is a volunteer firefighter, she knew if he was around, they’d be safe.

“My husband made it home and we felt safer with him there, and we actually never left,” said Geffre.

She said by midnight, firefighters were in their driveway working to build lines around properties and protect the home.

No structures were burned in the first day of the Mountain View Fire; still, both Gefffre and Frickle know they aren’t out danger just yet.

“There’s a lot more hotspots, and the wind is blowing today,” said Frickle.

Both are putting much faith in fire crews, but also know Mother Nature has her own plans.

“They can’t stop everything,” said Geffre.