Traffic is flowing normally along the road 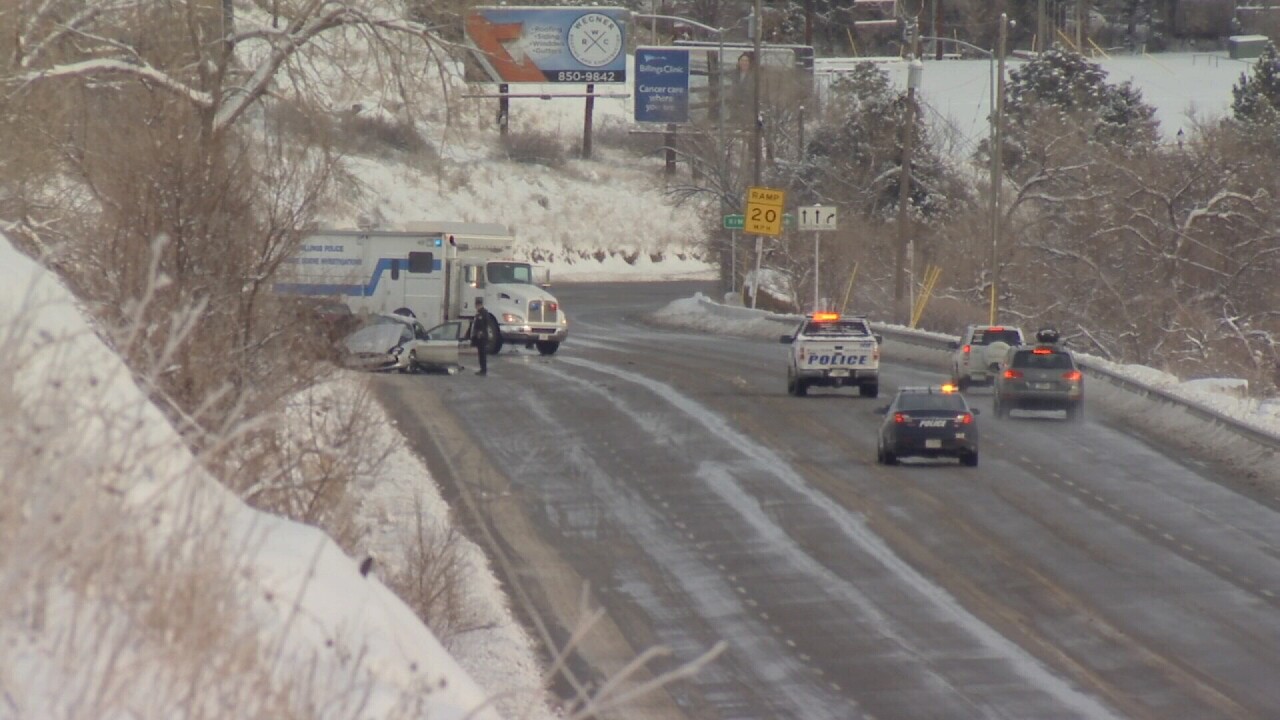 BILLINGS — North 27th Street is open for normal traffic after a two vehicle crash partially closed the Billings road Saturday afternoon, according to a tweet from the Billings Police Department.

In an earlier tweet BPD stated that a Ford Taurus traveling southbound collided with a Suburban heading north bound with an elderly couple inside.

All three people involved were transported to a Billings hospital with serious injuries according to BPD.

Ford Taurus driven by a 23 yr old Billings male was southbound on N. 27th and lost control. Vehicle collided head on into a Suburban that was northbound with elderly Billings couple. All 3 transported via ambulance with serious injury. N 27 will remain closed past Rimrock Rd. https://t.co/UnDlMDYcRv