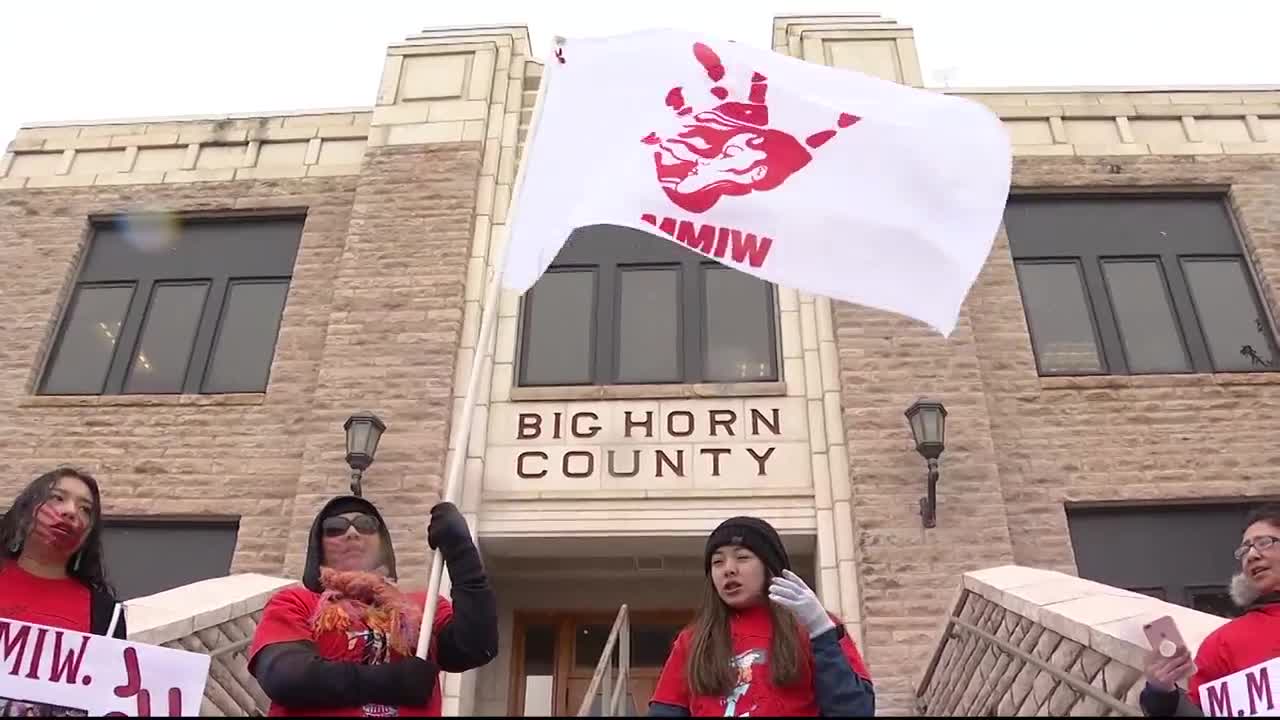 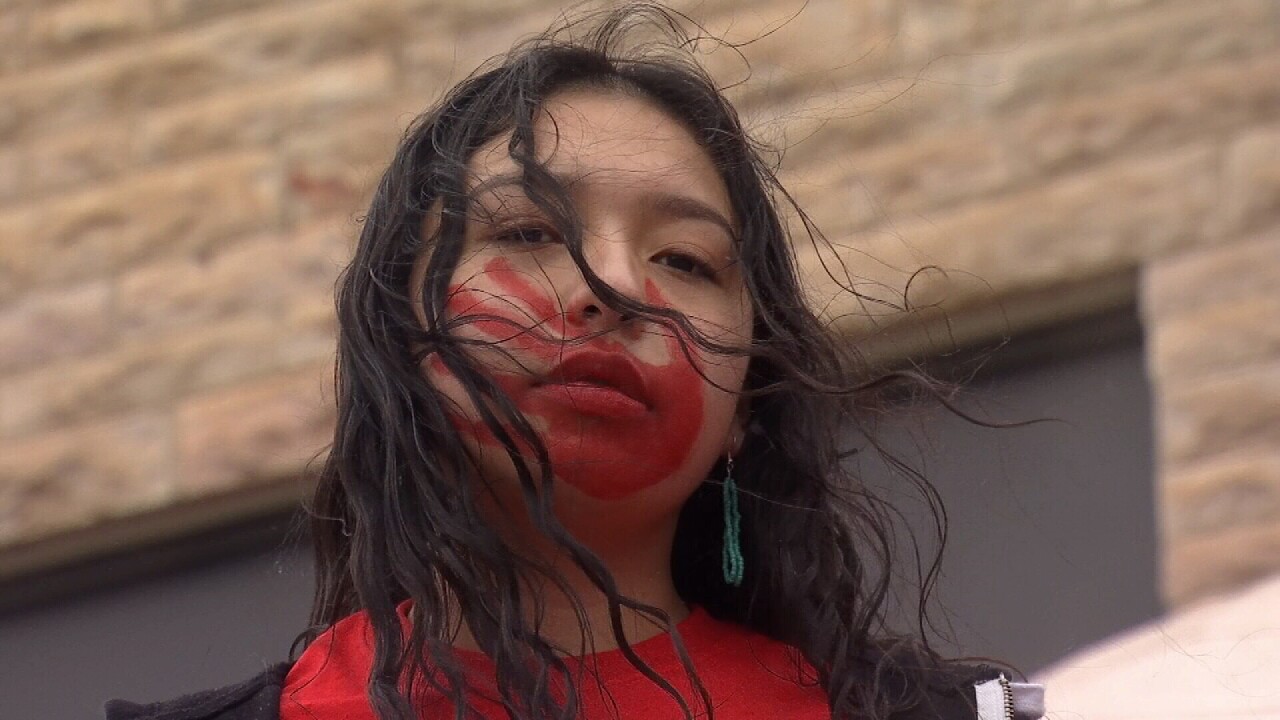 Family and friends of missing and murdered indigenous women walked the streets of Hardin Friday to the Big Horn County courthouse stairs, saying they want justice.

"We are showing that we are not done. And it's starting to go into the back of people's minds, and they are kind of forgetting and we want to keep it going. We want to keep reminding them that it's not done. It's still happening, and it's still a problem," said Andrea Dickenson, a junior at Hardin High School.

Holding signs and chanting, the marchers demanded justice following the death last month of 16-year-old Selena Not Afraid, whose body was found near an I-90 rest stop three weeks after she went missing following a New Year's party. Her cause of death was ruled exposure, but authorities are continuing to investigate.

Why do the families and friends keep marching?

"To raise awareness and to keep these women in the news, the national news," said a friend of the Not Afraid family. "There is no reason why. So it's just important they do a thorough investigation when it happens and get answers instead of waiting for us to march and then them give us answers."

Dickenson says the situation is scary.

"Every time I go somewhere, I text my mom, 'hey I am going here,' or and I call someone to let them know so they know where I am at. Until I get safely in my car with my doors locked. Especially with the inmates escaping recently, its crazier. It's a dangerous world out there," she said.

So what’s next? What is it they want answers for?

Organizers say they will keep fighting to get their voices heard, and they will have another march in May.