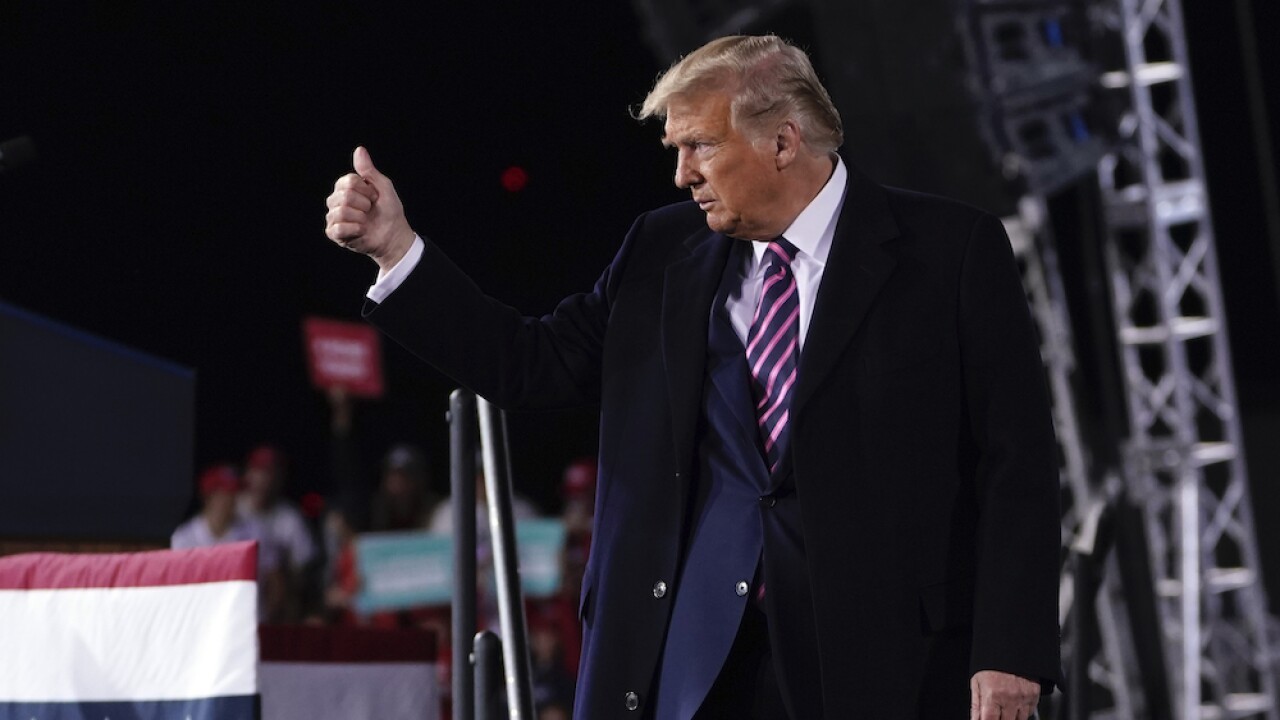 At a rally in Pittsburgh on Tuesday, President Donald Trump gloated about reporters who were injured and shoved to the ground while covering protests and riots earlier this summer.

While sharing anecdotes about the unrest in Minneapolis following the death of George Floyd, Trump referred to an "idiot reporter from CNN with the shaved head" who "got hit on the knee with a canister of tear gas."

Trump was likely referring to MSNBC anchor Ali Velshi, who was hit with a rubber bullet fired by the National Guard while covering the protests in Minneapolis.

Trump later referred to an unidentified reporter who was thrown aside "like a bag of popcorn" as police attempted to clear out protesters.

Both accounts garnered laughter and applause from the large crowd in attendance.

It was the second time in less than a week that Trump has mocked Velshi's injury. On Friday, at a rally in Minnesota Trump called out Velshi by name, saying that his injury was "a beautiful thing" and the result of "law and order."

"It was the most beautiful thing ... it's called law and order" -- Trump gloats about @AliVelshi getting hit by a rubber bullet in Minneapolis. Sick stuff. pic.twitter.com/bgKSmmL8O7

Following Trump's rally on Friday, Velshi reiterated that the crowd he was in when fired upon was peaceful.

So, @realDonaldTrump, you call my getting hit by authorities in Minneapolis on 5/30/20 (by a rubber bullet, btw, not a tear gas cannister) a “beautiful thing” called “law and order”. What law did I break while covering an entirely peaceful (yes, entirely peaceful) march?

Trump also bashed Rep. Ilhan Omar, D-Minnesota, during his Tuesday rally and insinuated that her immigrant status made her less qualified as a lawmaker.