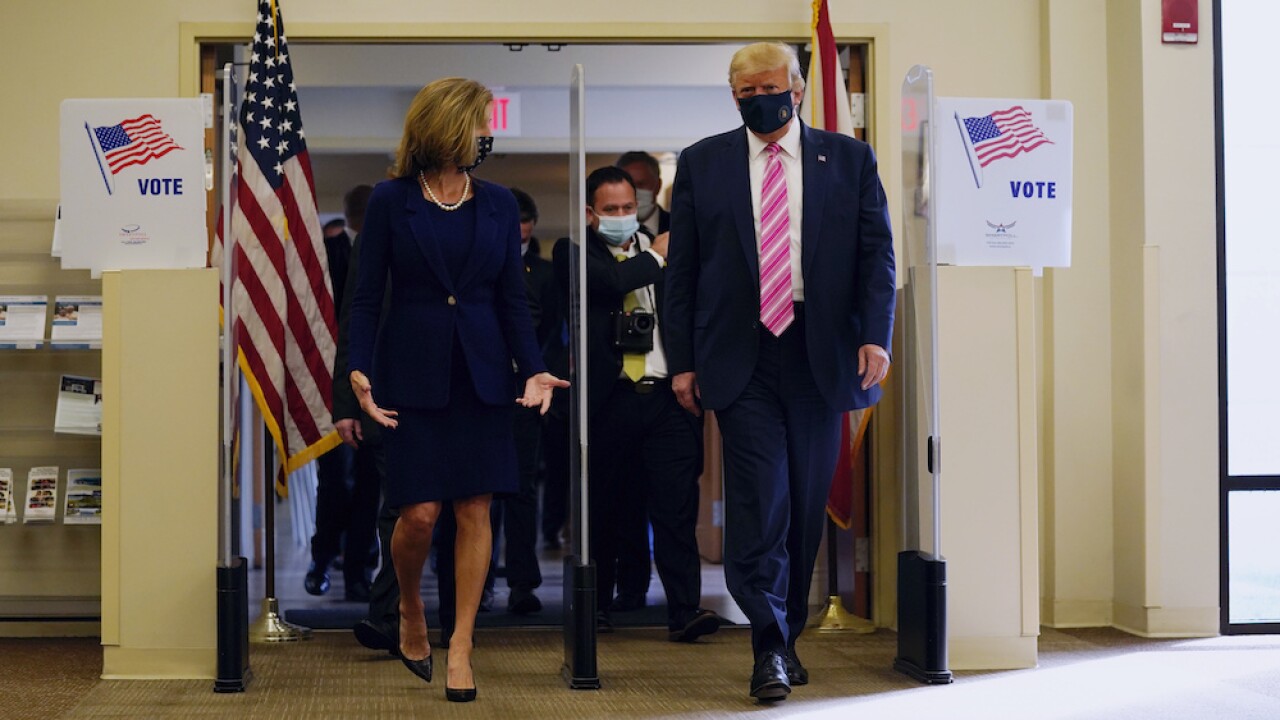 President Donald Trump voted in the 2020 general election early and in-person in his home state of Florida on Saturday.

Trump voted early at a precinct in West Palm Beach, Florida, near his Mar-a-Lago estate and club.

A lifelong New Yorker, Trump changed his registration in 2019 and declared himself a resident of Florida.