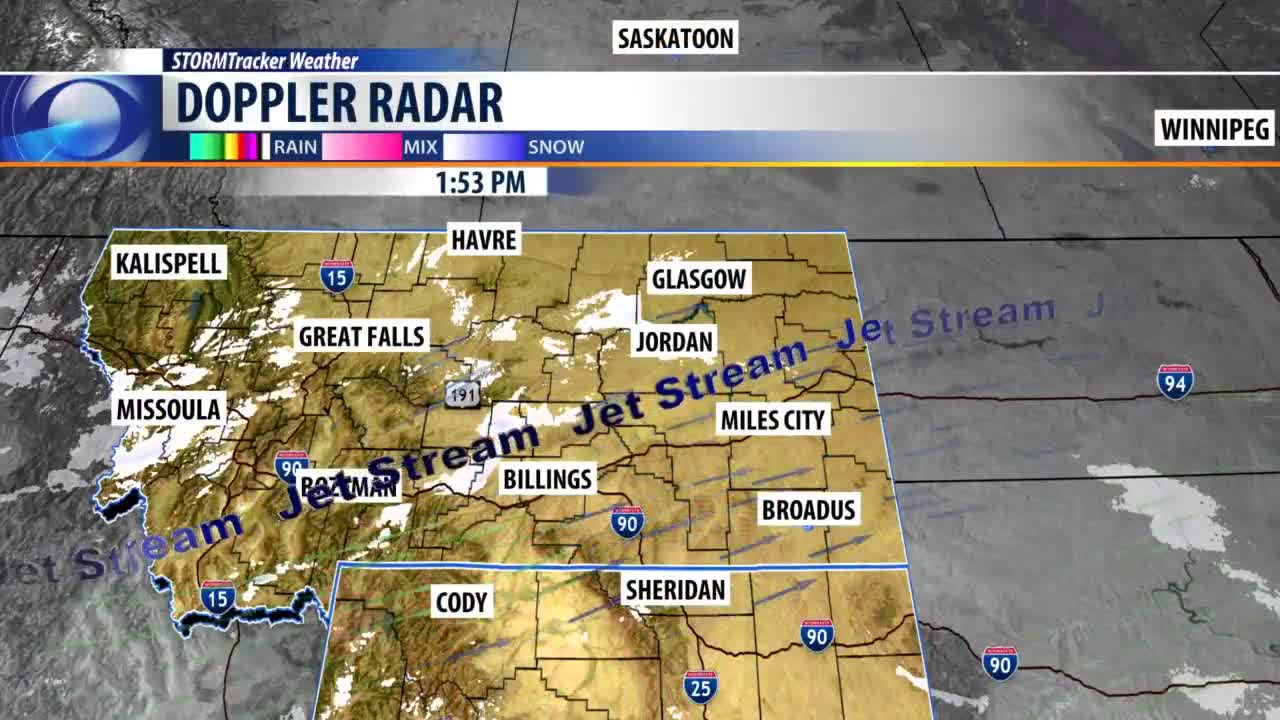 BILLINGS — That was quite a cold morning in Billings, and it’s still cold early Tuesday afternoon. In fact, it was still -2 degrees below zero, with light snow falling at 2 p.m.

We cooled down all the way to -5 degrees in Billings while it was in the teens below-zero along the Hi-Line Tuesday morning. Just about everybody, east of the Divide, was still below zero at 2 p.m.

Meanwhile, western Montana is literally sitting above the layer of Arctic air and temperatures are into the teens and 20s.

On the threat board, we still have a Winter Weather Advisory for the Flathead Valley and the Rocky Mountain front. Snowfall amounts will vary from 1 to 3 inches in the valleys on up to 6 inches in the mountains.

Plus, we have a Flood Watch for Cascade County due to an ice jam on the Missouri River causing flooding at Riverside Park in Great Falls.

In the meantime, we still have a Wind Chill Advisory for most of the Hi-Line for what feels like temperatures dipping to -40 below zero wind chills through Thursday evening.

The Doppler radar shows most of the snow continues to be traveling a little farther north of Yellowstone Park and we still have a line of showers from the Beartooths crossing toward the Billings area with a little light snow.

The high-resolution forecast model shows those snow showers continue to reach o Miles City Tuesday night. Then by Wednesday morning, most of the snow starts to break up and move away.

Temperatures will continue to stay cold, hovering right around zero or just below for the next 24 hours and then pop up into the teens Wednesday afternoon.

The overnight low of Billings Tuesday night will probably dip back down to 6 below zero, while we see teens and 20s below zero along the Hi-Line.

Once we start warming up, we will start into the teens and work our way up to the 30s by the end of the weekend and the beginning part of next week.

TONIGHT: Mostly cloudy with a 40% chance for snow early in the evening and then a slight chance overnight. East winds 5 to 10 mph low -6 degrees.

WEDNESDAY: Decreasing clouds and not as cold. South winds 5 to 10 mph high 17 degrees.

THURSDAY: Partly sunny and a little but warmer. Southeast winds 5 to 10 mph the morning shifting to the northeast by the afternoon. High 23 degrees.