Q2 Weather: Wind? Sure. But warm and sunny, too. 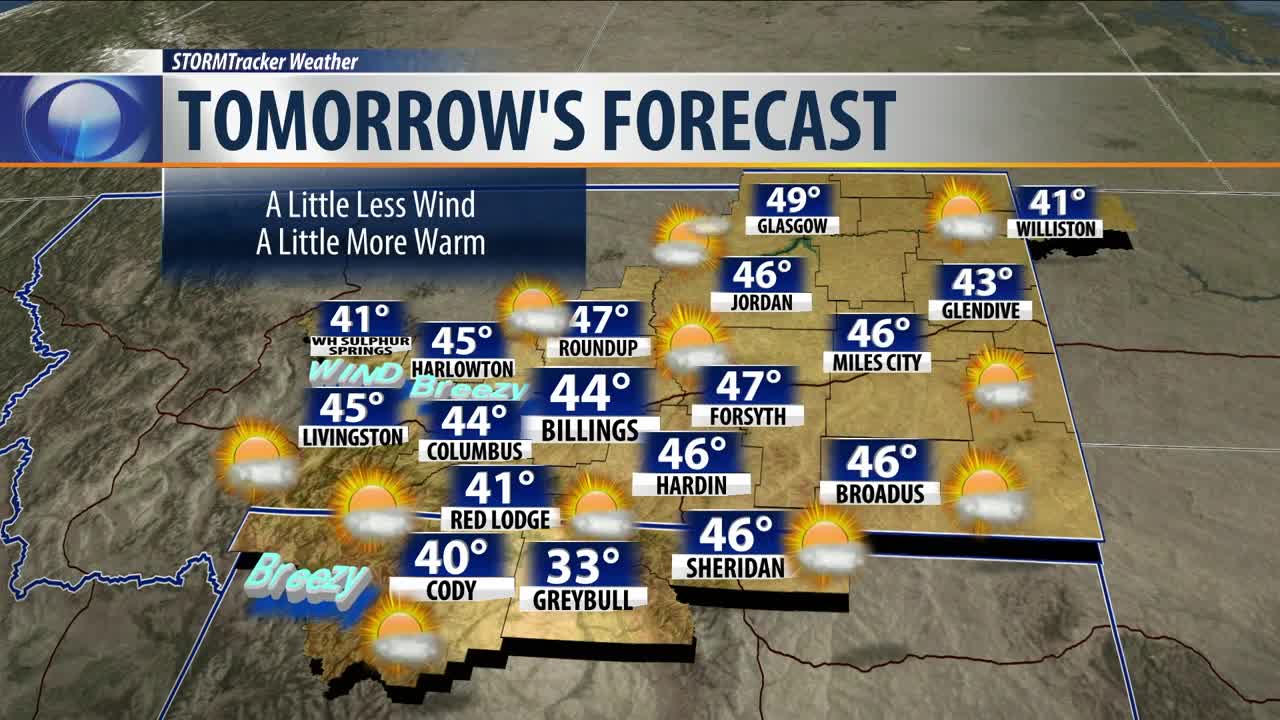 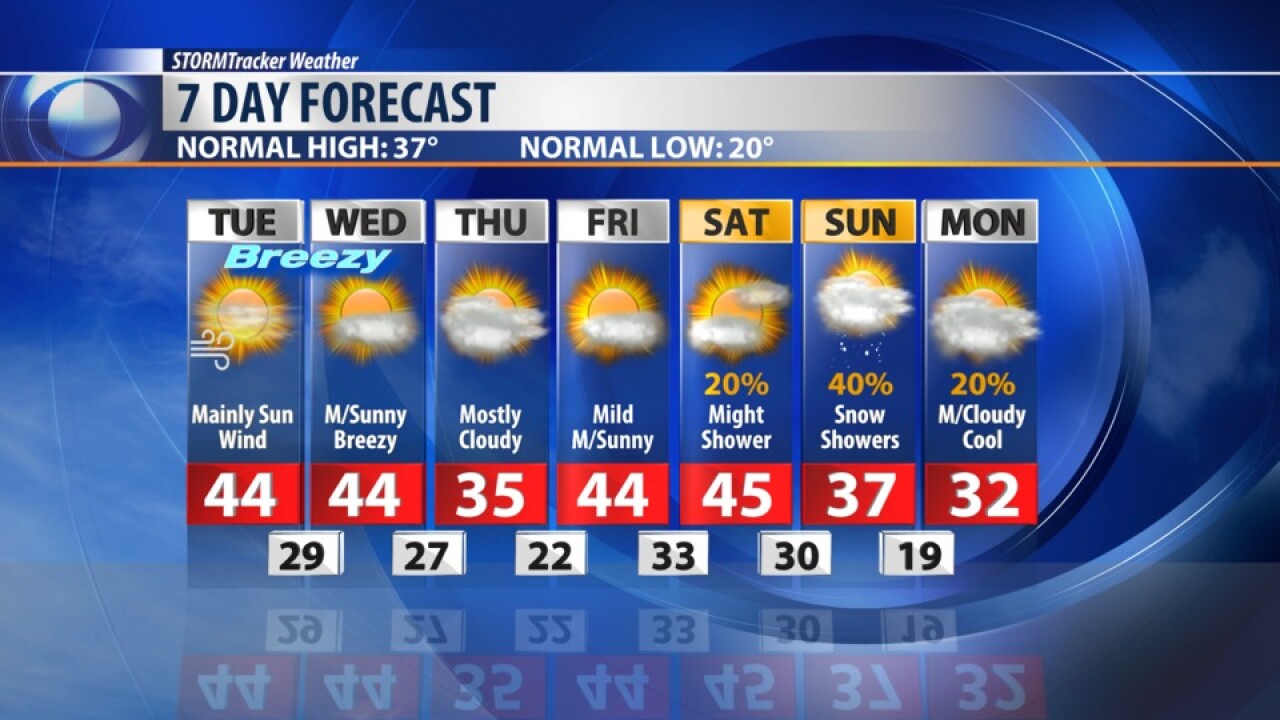 BILLINGS — Wind remains on the top of our forecast concerns, but it does boost temperatures and promote snow melt.

Expect a sunny day Tuesday with only a few clouds by Wednesday afternoon. The sky will stay partly to mostly cloudy during the overnight hours.

Strong winds around the Livingston/Nye area will also spread out on I-90 to around Big Timber and Columbus. Wind gusts of 40 to 60 mph in these areas could also spread northward to around Harlowton, especially Tuesday but also possible on Wednesday.

Billings will be breezy at 15 to 25 mph Tuesday through Wednesday with less wind in the Eastern Plains.

Tuesday night… Partly to mostly clear with a Southwest wind 15 to 25 mph. Low of about 29.

Wednesday… Mostly sunny and mild but still breezy. Southwest wind 15 to 25 mph. Around 44 once again for the high.