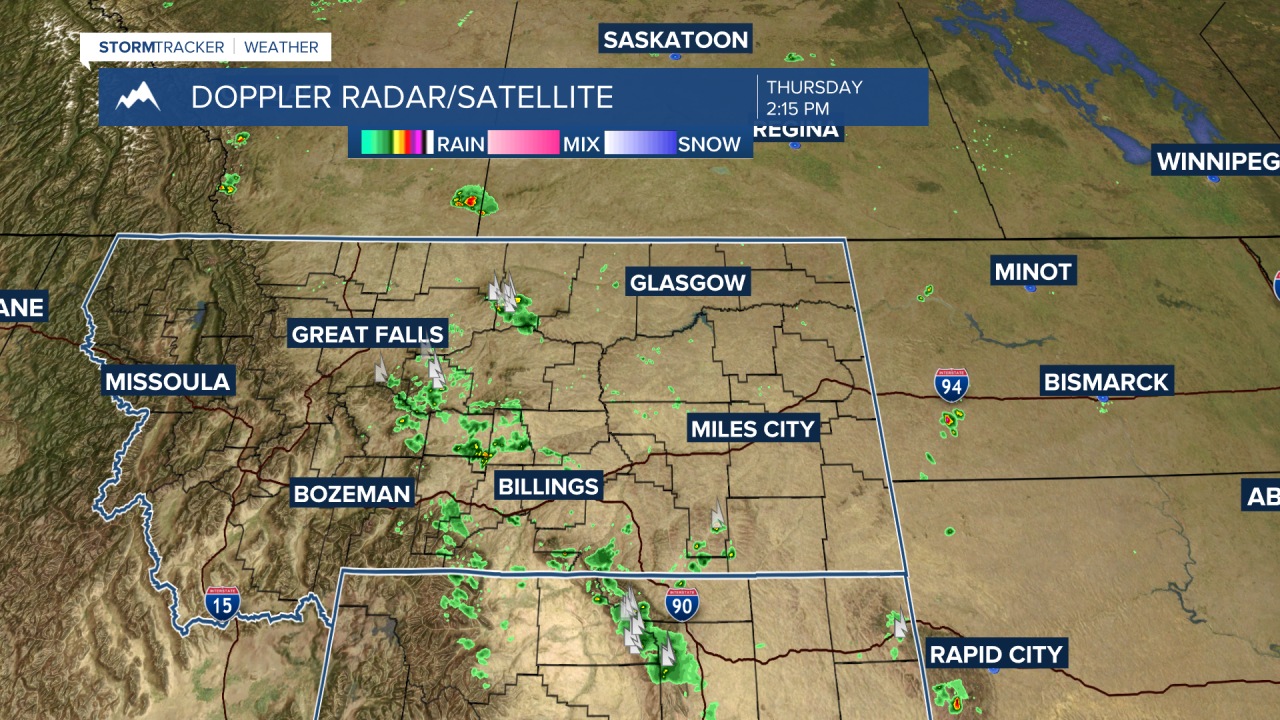 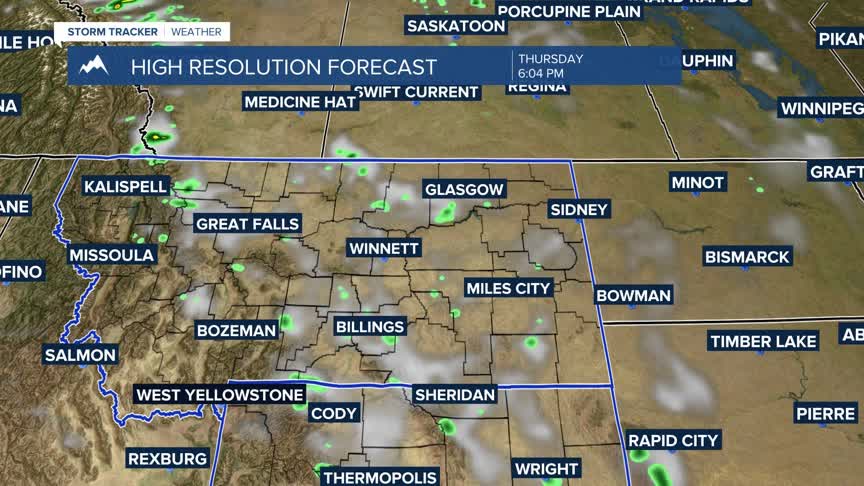 BILLINGS — It has turned out to be another beautiful day in Billings, with mostly sunny skies and pretty warm temperatures early Thursday afternoon.

It is 88 degrees in Billings with a southwest wind at 6 mph. It probably won't be too long before Billings is in the 90s.

Around the rest of the state, we are mostly into the 70s and 80s out west, but look at all the 90s in the east. In northwestern Montana, we are expecting hotter temperatures there later Thursday and Friday. In fact, we have a Heat Advisory until 8 p.m.

Right now, the Doppler radar shows a line of showers from Great Falls toward the Big Horn Mountains of northern Wyoming.

This is a minor shortwave weather disturbance that is riding around the edge of a new ridge of high pressure. The disturbance will be pulled out of the state and drawn into a low-pressure cell in the central and southern plains.

The high-resolution forecast model shows these pop-up showers will not last very long and continue to track southeast.

On Friday, we expect mostly sunny skies in the morning and then a new cold front pushes through the state Friday afternoon. It is a weak cold front that has a few showers with it and just slightly cooler temperatures.

The cold front will push out of the state Friday night. Saturday brings mostly sunny skies in the morning and slightly cooler temperatures.

However, Thursday night we will see temps roll back down into the 50s and 60s with partly cloudy skies and a few spotty showers.

On Friday, you'll see high temps get into the upper 80s and low 90s, instead of the upper 90s as previously predicted.

We will top out at 93 on Friday and keep it in the 90s all through the weekend and the early part of next week. Then we will cool back down to the mid-80s on Wednesday.

TONIGHT: Partly cloudy with a 20% chance for showers and thunderstorms in the evening. North winds 5 to 10 mph. Low 63 degrees.

SATURDAY: Mostly sunny and not quite as warm. East winds 5 to 15 mph. High 92 degrees.