Q2 Weather: The cold sticks around for a while 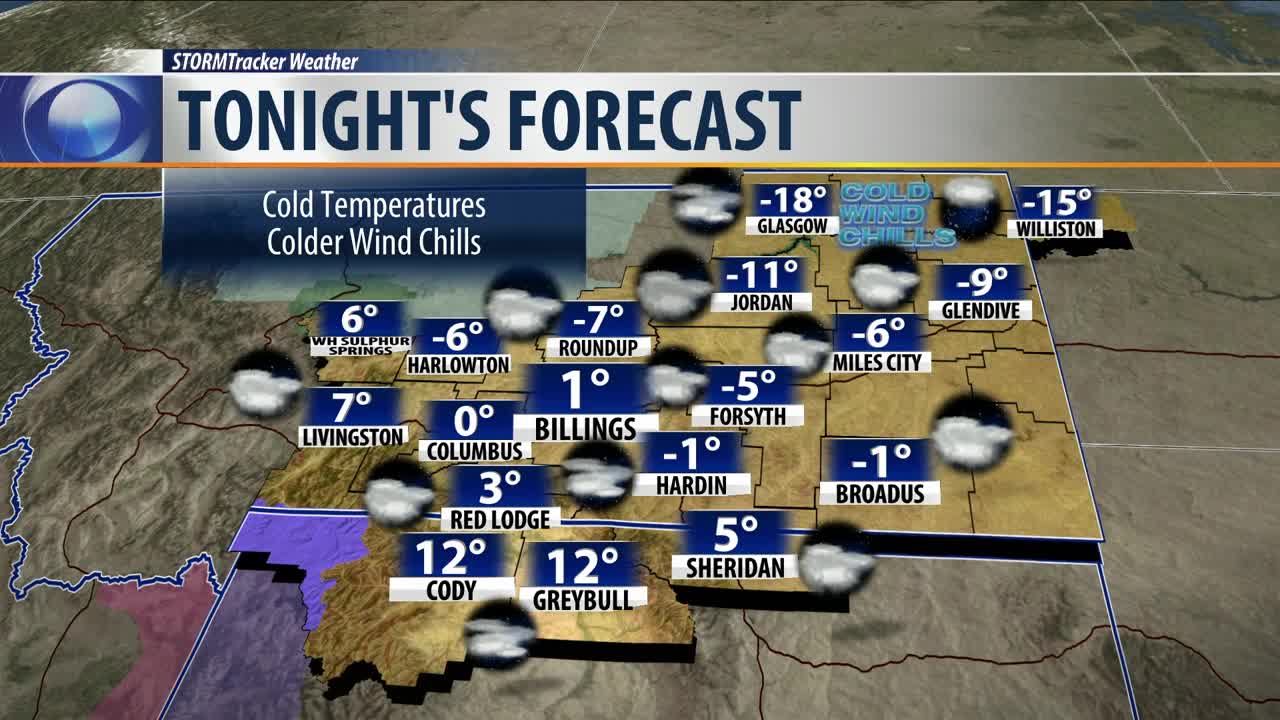 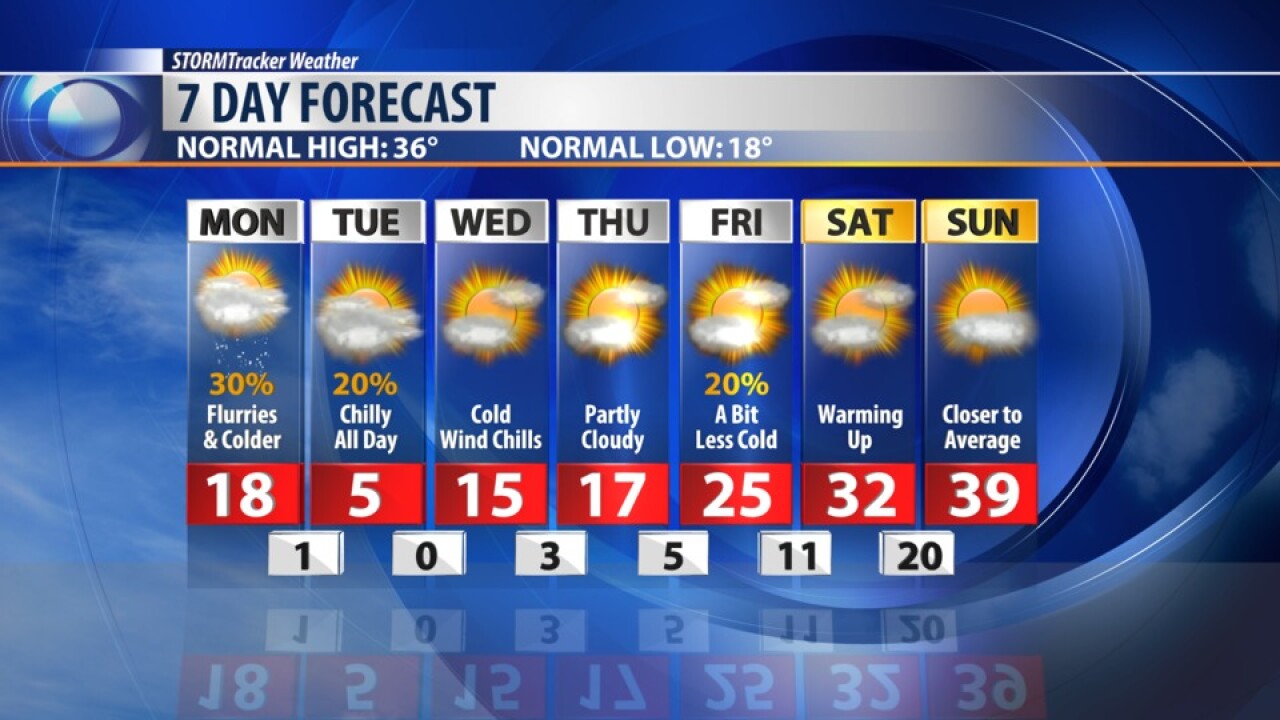 The cold air is very shallow, meaning the lower elevations could see much colder readings over the next few days than those a bit higher up. While slight shifts in this wind and even cloud cover could make differences, Monday is shaping up to reach the 20s in the mountain foothills and teens and single digits in the eastern plains.

Snow showers will come and go but stay generally light.

Temperatures early Tuesday will range from the teens in Northern Wyoming to the teens below zero in Northern Montana. Wind chills could be very cold dropping to -20 to -30 in many places.

Expect single digit highs Tuesday in Montana but still in the 20s to 30s in Northern Wyoming. Current trends push readings back to the 20s by Friday and 30s for the highs by the weekend.

Monday…Snow showers decrease with areas of morning fog. Otherwise partly to mostly cloudy with a high of about 18. Northerly wind 5 to 15 mph.

Monday night… Mostly cloudy with a low around 1, but wind chill values to reach -15.

Tuesday… Mostly cloudy with a chance of an isolated snow shower. Close to 5 for a high temperature.