Q2 Weather: The Billings weather can't make up its mind 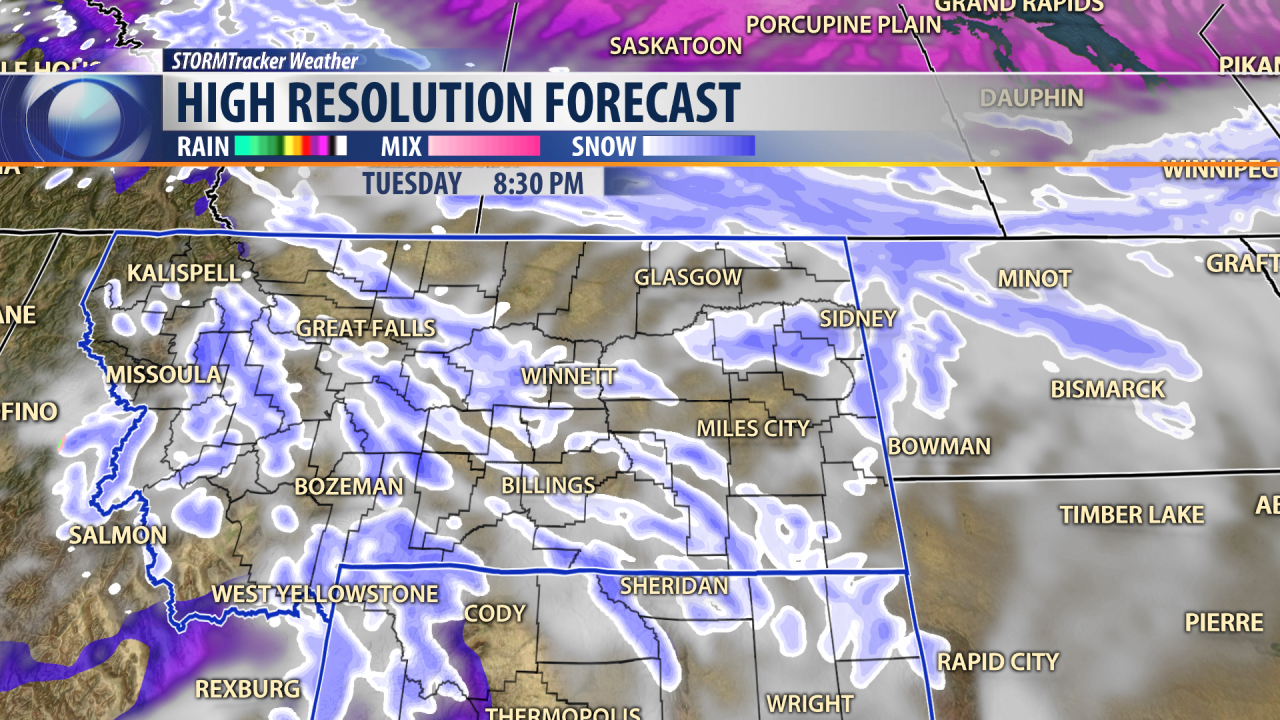 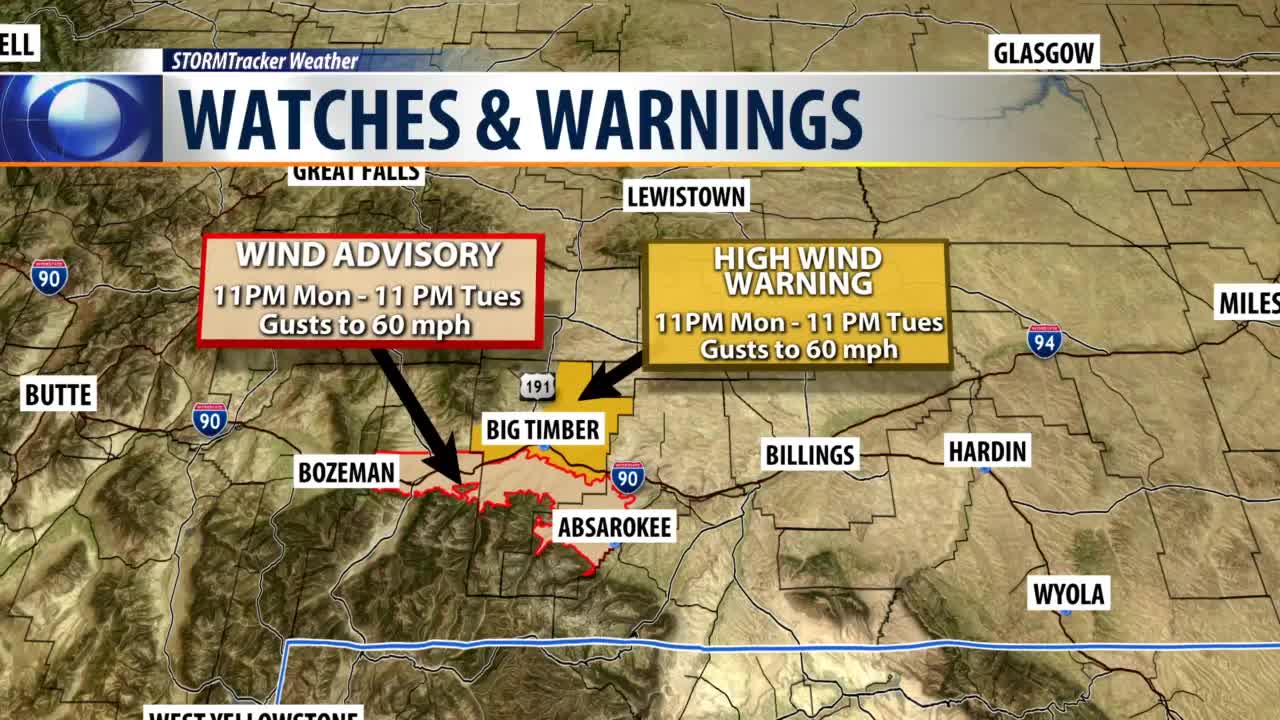 BILLINGS — We started out Tuesday with mostly cloudy skies in Billings, but by the early afternoon the clouds started to retreat east, letting a little more sunshine in, and temperatures are cranking up into the low 30s.

Around the rest of the state, our current temperatures are mostly into the 30s, but we have a few places like Bozeman and Sheridan were into the 20s. Jordan is all the way up to 40 degrees.

The Doppler radar shows a couple of lines of snow showers moving in from Havre to Miles City. They seem to be going around the Billings area. There's another batch of snow between Missoula and Kalispell that could move into Billings later Tuesday night.

The threat board has three Winter Weather Advisories in effect for snowfall amounts ranging from 1 to 3 inches in the northwest, 2 to 5 inches in Big Horn County and up to 12 inches of snow around Lewistown and Great Falls.

Plus, it is getting little windy in the Beartooth foothills. There, we could see 60 mph winds along Interstate 90 until 11 p.m. Plus, we have a High Wind Warning for northern Sweet Grass County around the Big Timber area for 60 mph winds.

The high-resolution forecast model shows we will continue to see widely scattered snow showers off and on for the next two days. But it also shows some cold Arctic air moving into the northeast corner of the state on Wednesday.

Eventually that cold Arctic air will continue to slide into the Dakotas and the rest of the Mississippi Valley, pulling away from Montana and allowing us to warm back up again.

Snowfall amounts are expected be light in the Billings area, but we could see 4 to 6 inches of snow through Wednesday 10:30 p.m. around the Lewistown area.

Our temperatures will get up to 33 degrees next hour, then cool all the way down to 19 degrees at 10 a.m. Wednesday, then back to 21 degrees about 2 p.m. Wednesday.

In fact, we will top out at 25 degrees on Wednesday and work our way all the way up to 42 for the high on Sunday, then back to 38 degrees on Monday.

TONIGHT: Mostly cloudy with a slight chance for snow in the evening, then a 60% chance for snow overnight with little or no accumulation. West winds 15 to 25 mph. Low 21 degrees.

WEDNESDAY: Mostly cloudy, breezy and cool, with a 60% chance for snow in the morning and again in the afternoon. Snow accumulation of an inch or less is expected. North winds 10 to 20 mph. High 25 degrees.