Q2 Weather: Temps on track to fire up again in Billings 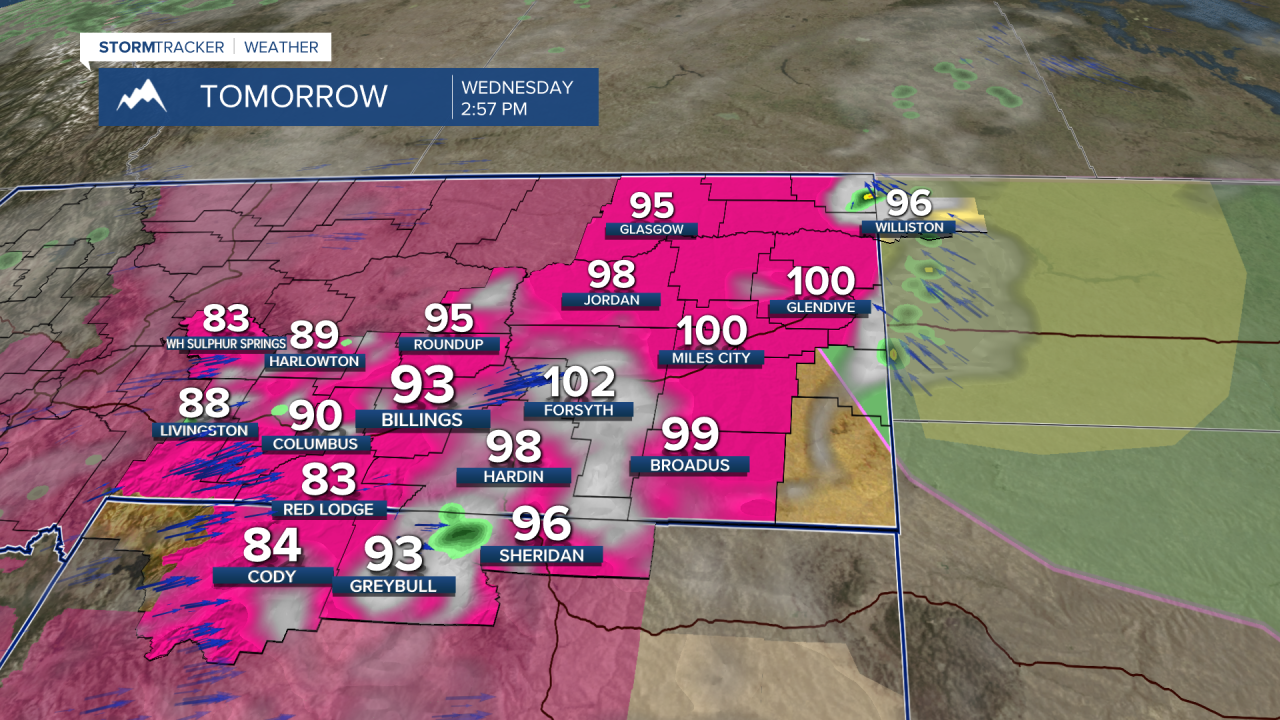 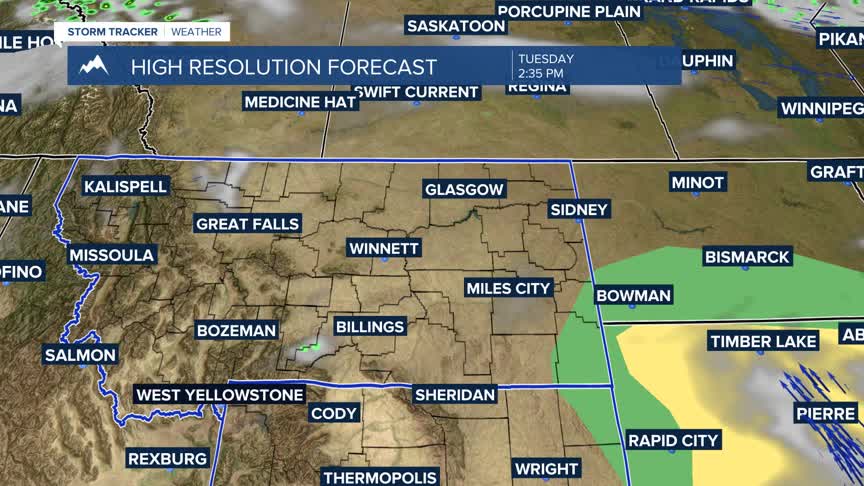 It is another beautiful day in Billings, but off in the distance you can see a few towering cumulus clouds in the next county over. Tuesday afternoon in Billings, we have mostly sunny skies and 86 degrees.

Around the rest of the state, our temps are mostly in the 70s and 80s out west, 80s and 90s back in the east with a lot of low 90s already in the northeast.

On the threat board, almost the entire state of Montana has fire weather warnings that last from Tuesday and go into late Thursday. And this does include the city of Billings.

High winds, low humidity and warm temperatures will cause erratic fire behavior and possible additional fire starts. Should a fire get going, it will burn out of control in a hurry over the next three days.

Right now, the Doppler radar shows a few showers and thunderstorms developing over in Big Horn, Rosebud and parts of Custer County.

We could see some strong to severe thunderstorms develop in the extreme eastern edge of the state later Tuesday afternoon and night.

The high-resolution forecast model shows we are expecting generally dry conditions in the Billings area through 6 p.m. But we could see strong storms start to develop it over in Carter and Fallon counties.

Then on Wednesday evening, we could see afternoon and evening scattered showers and thunderstorms develop from Yellowstone Park through Glasgow.

Then on Thursday, a new cold front moves through and clears out the showers and cools off our temperatures into the 80s.

Tuesday night, we will cool back down to the 50s and 60s across south-central and eastern Montana. Then on Wednesday, we will warm up with high temps into the triple digits from Glendive to Forsyth. Billings will be 93 degrees.

There is a Red Flag Warning for all of eastern Montana, except for Fallon and Carter counties on Wednesday.

We will top out at 93 degrees on Wednesday, then roll it back into the 80s on Thursday through Sunday and up to 92 degrees on Monday.