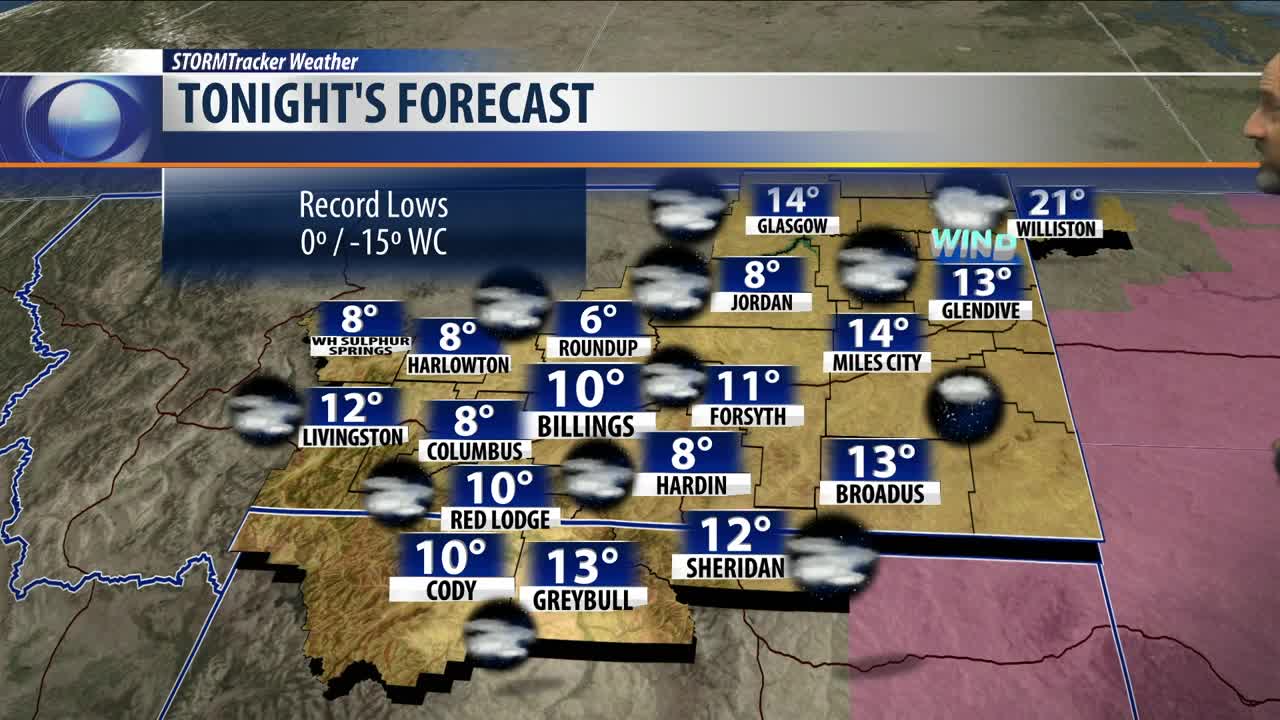 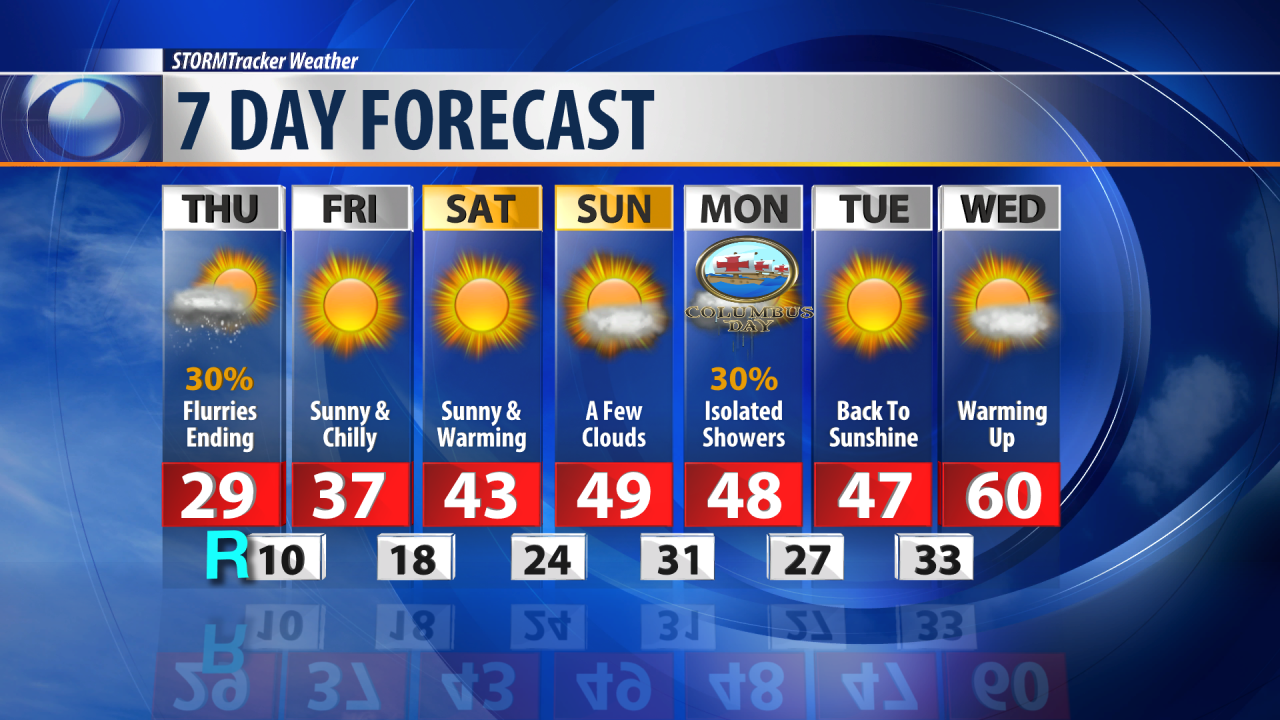 BILLINGS — Winter Storm Warnings and Winter Weather Watches have been canceled for the region Thursday morning.

Cold temperatures with sub-zero chill factors are reported across the region this morning as well.

Expect slick roadways for the morning commute as flurries in eastern Montana taper off and move into the Dakotas.

With a forecast low of 10 degrees above Thursday night, Billings is expected to break the old record of 16 degrees above set back in 2009.

A gradual warming trend is underway with highs reaching 60 degrees by the middle of next week.

Today: A 30% chance of morning flurries, becoming partly sunny and cold with northwest winds 5 to 15 mph and a high of 29.

Tonight: Mostly clear with wind chills between +5 and -5 and a record low of 10.