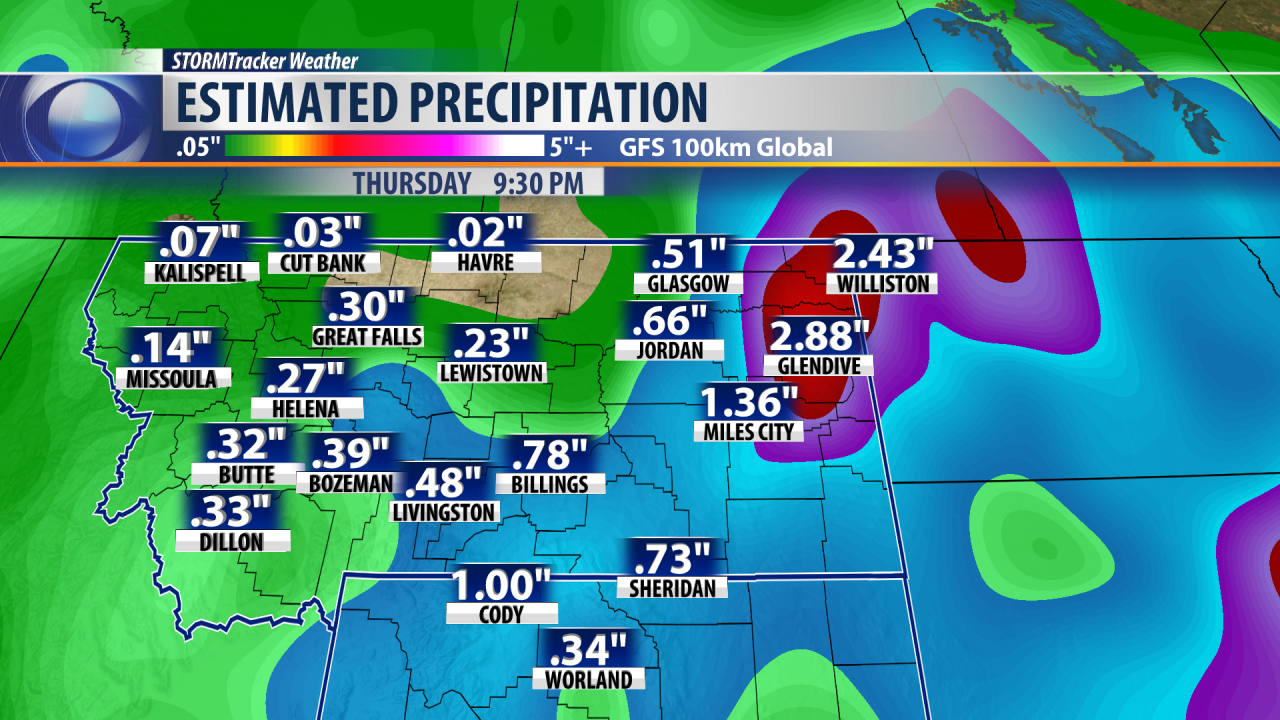 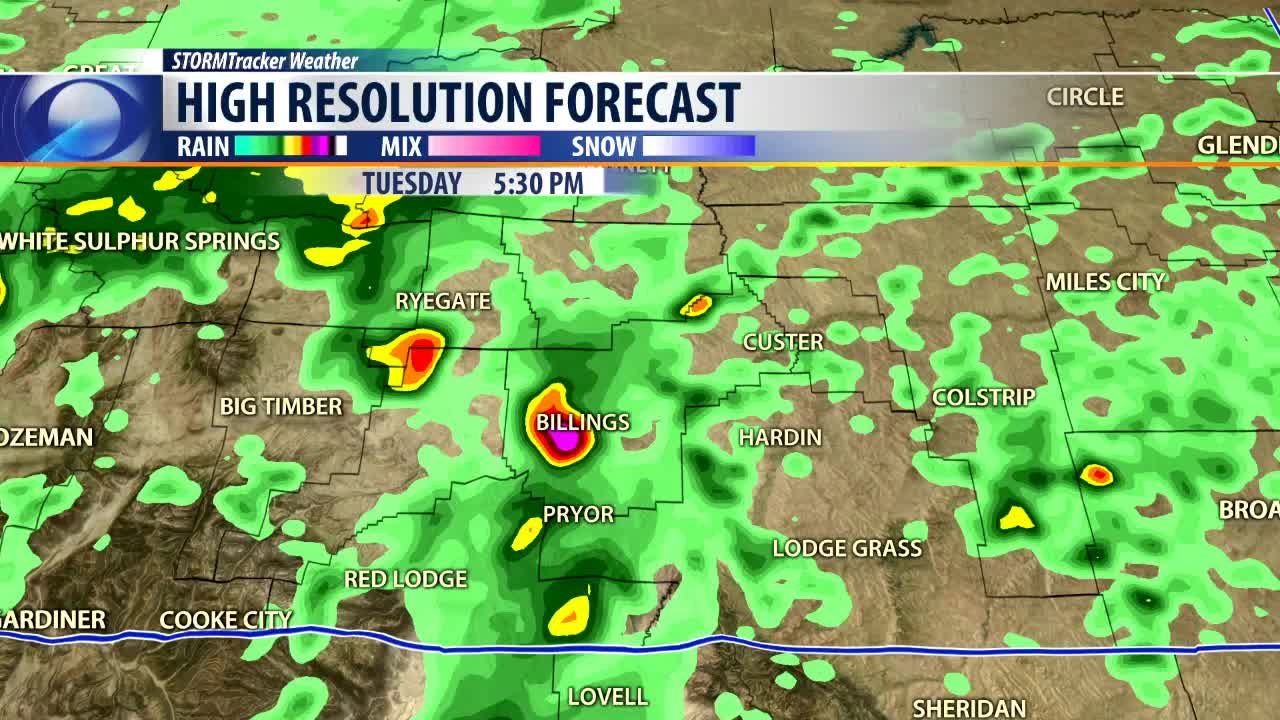 BILLINGS — Mostly cloudy skies are working their way into the Billings area Tuesday, and it's a matter of time before those clouds will have rain.

In the early afternoon, we have 64 degrees in the Billings area with an east wind at 13 mph. Around the rest of the state, we are mostly into the 50s and 60s out west. It's the mid-60s in the east.

Our thunderstorm outlook for Tuesday shows isolated thunderstorms possible north of Billings, but a marginal to increased risk of severe storms is possible in much of south-central Montana. This does include Billings.

The Doppler radar shows a strong cell moving out of Powder River County by Broadus and heading in toward Carter County and moving away from Billings.

Only light to moderate rain showers are falling in south-central Montana with snow up in the Beartooth Mountains.

Our high-resolution forecast model shows showers will be moving into Yellowstone County and Billings by about 5:30 p.m. It is unknown if they'll be severe this time, but we could least get some light to moderate rain.

Then on Wednesday morning, the heavier rain starts moving in to south-central Montana, and we will see rain showers off and on throughout the day.

By Thursday morning, the whole thing starts spinning into the Dakotas and Billings starts to dry out.

The computers are suggesting Billings could see about three-quarters inch of rain. The heavier rainfall amounts are expected in Miles City, Glendive and Williston, N.D. Those places could see anywhere from 1 1/2 to 3 inches of rain.

Temperatures will continue to stay into the 60s Tuesday afternoon and evening and roll back down to the 50s in the morning and get back up to 54 degrees by 12:30 p.m. Wednesday.

We will actually top out at 58 degrees on Wednesday, then work our way into the 70s and 80s by the weekend.

TONIGHT: Mostly cloudy with an 80% chance for showers and thunderstorms this evening. Northeast winds 5 to 15 mph. Low 52 degrees.

THURSDAY: Mostly cloudy with a 30% chance for morning rain showers, then mostly sunny skies in the afternoon. Northwest winds 5 to 15 mph. High 70 degrees.