Q2 Weather: So this is what fall is like in Billings 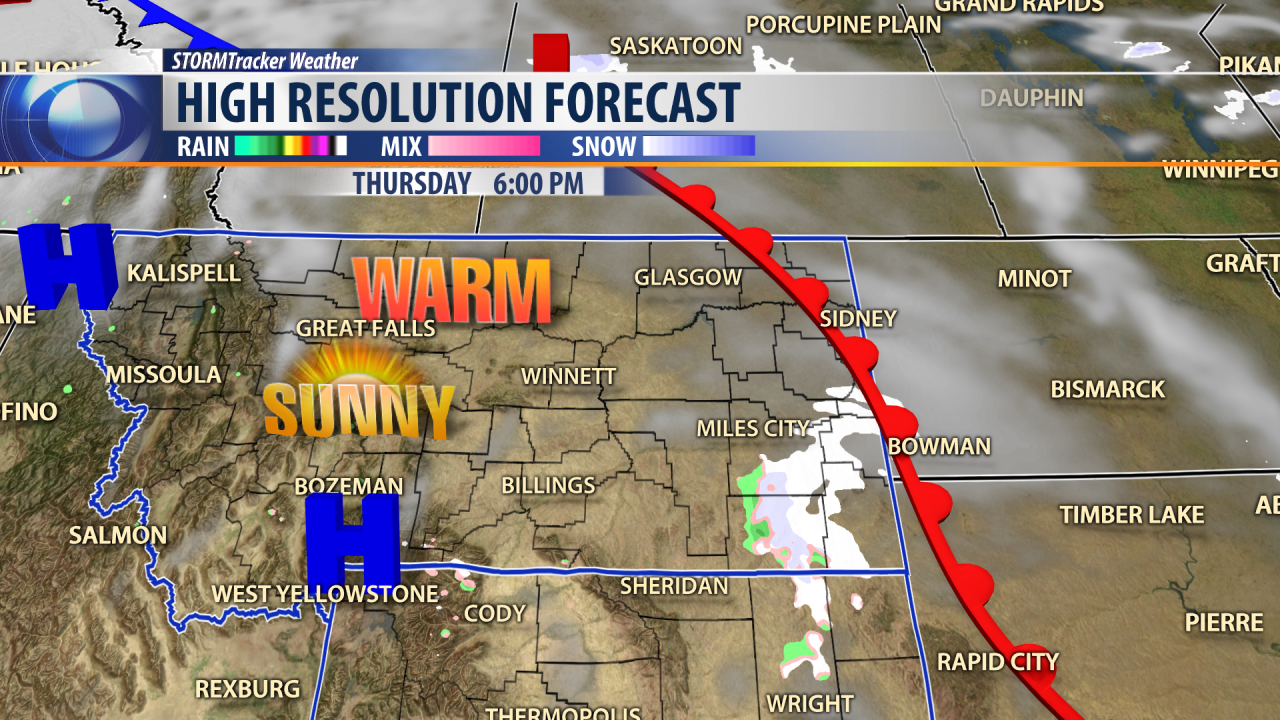 BILLINGS — It's another beautiful day in Billings, with sunshine, partly cloudy skies and temperatures warming up into the 40s.

Around the rest of the state, our temps are mostly to the 30s and 40s out west. Back east, it's still a little chilly across the Hi-Line and in northeastern Montana as we still have little bit of cold air jammed up in that region.

The Doppler radar and satellite imagery shows generally dry conditions across much of Montana, just a few high level clouds in north-central Montana working their way down to the south-central part of the state.

East of the jet stream, we have generally colder air jammed up in the northeast. Out in the west, that's where our warmer temperatures will be moving in from.

At the surface, you can see the warm front that's tracking across eastern Montana Thursday that continues to push its way into the Dakotas later at night. There are maybe a few minor impulses of rain and snow making their way to the southeast corner of Montana.

By Friday, we are still looking at mostly sunny skies in south-central Montana with a couple minor impulses of rain or snow tracking across the Hi-Line. Our temperatures will be warmer on Friday, right on into Saturday as well.

However, Saturday night, this cold front in southern Canada is forecast to drop all the way through into Wyoming and bring us another shot of wintry weather. We could see more snow and temperatures falling down into the single digits by Sunday night.

We could actually top out at 60 degrees on Saturday before the next cold front moves through. After that, the temps roll back down to the 20s for highs and rebounding to the 40s on Tuesday and Wednesday.