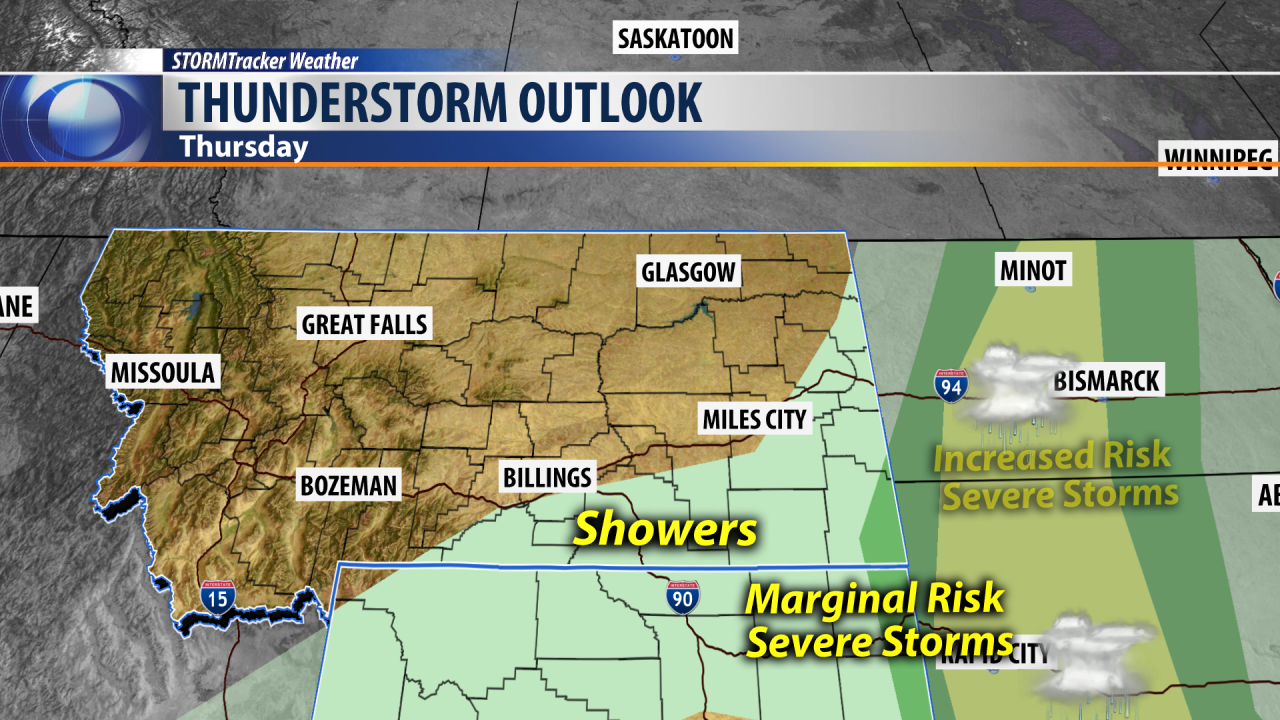 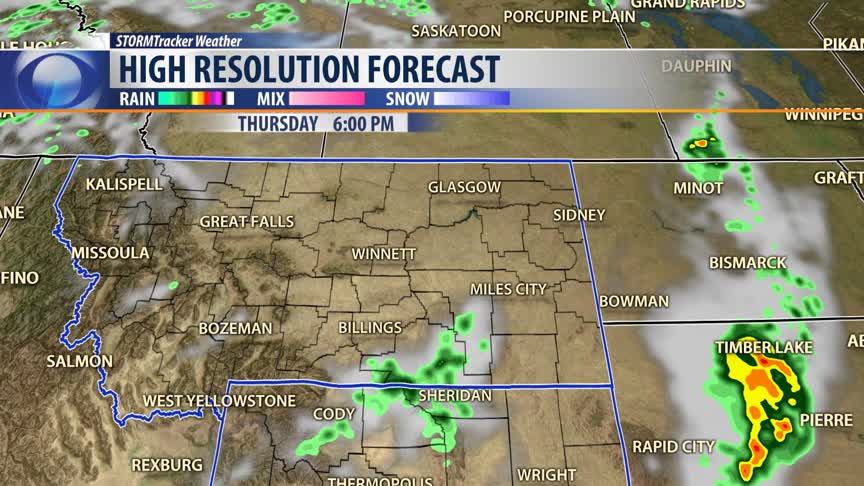 BILLINGS — It has turned out to be another Chamber of Commerce day in Billings with a beautiful blue sky and the only clouds are over the mountains.

Underneath all that blue sky, we have 74 degrees early Thursday afternoon in Billings. Around the rest of the state, we're into the 50s and 60s out west.

East of the Divide, we see nothing but 70s, even a few 80s in Sheridan and Worland Wyoming.

The Doppler radar shows again we have a southwesterly flow of air, but most of the showers seem to be shooting south and east of Billings.

In fact, that's what our thunderstorm outlook for Thursday calls for. Parts of south-central and eastern Montana will see a stray shower or two.

On Friday, the marginal risk of severe storms moves into the central part of Montana with only a few stray showers in northwest Montana and northern Wyoming.

The high-resolution forecast model shows most of the showers Thursday will push their way to Big Horn County, Montana, about 6 p.m. and clear out of the state later at night.

On Friday, we are expecting mostly sunny skies that morning but then by late afternoon we will see some more thunderstorms move into the central part of the state and some of those storms could push their way through Billings.

Saturday, we expect mostly sunny skies all morning and into the afternoon. The computer says Billings might pick up anywhere from one-tenth to a quarter-inch of rain this weekend, with up to three-quarters of an inch around Lewistown and Missoula.

Will get into the upper 80s for highs on Friday and Saturday, down to the low 80s on Sunday and Monday and in the mid-80s on Tuesday and Wednesday.

TONIGHT: Mostly clear and mild. East winds 5 to 10 mph in the evening shifting to the Northwest overnight. Low 56 degrees.

SATURDAY: Mostly sunny with a 20% chance for showers and thunderstorms in the afternoon. West winds 5 to 10 mph the morning shifting to the Northeast by the afternoon. High 89 degrees.