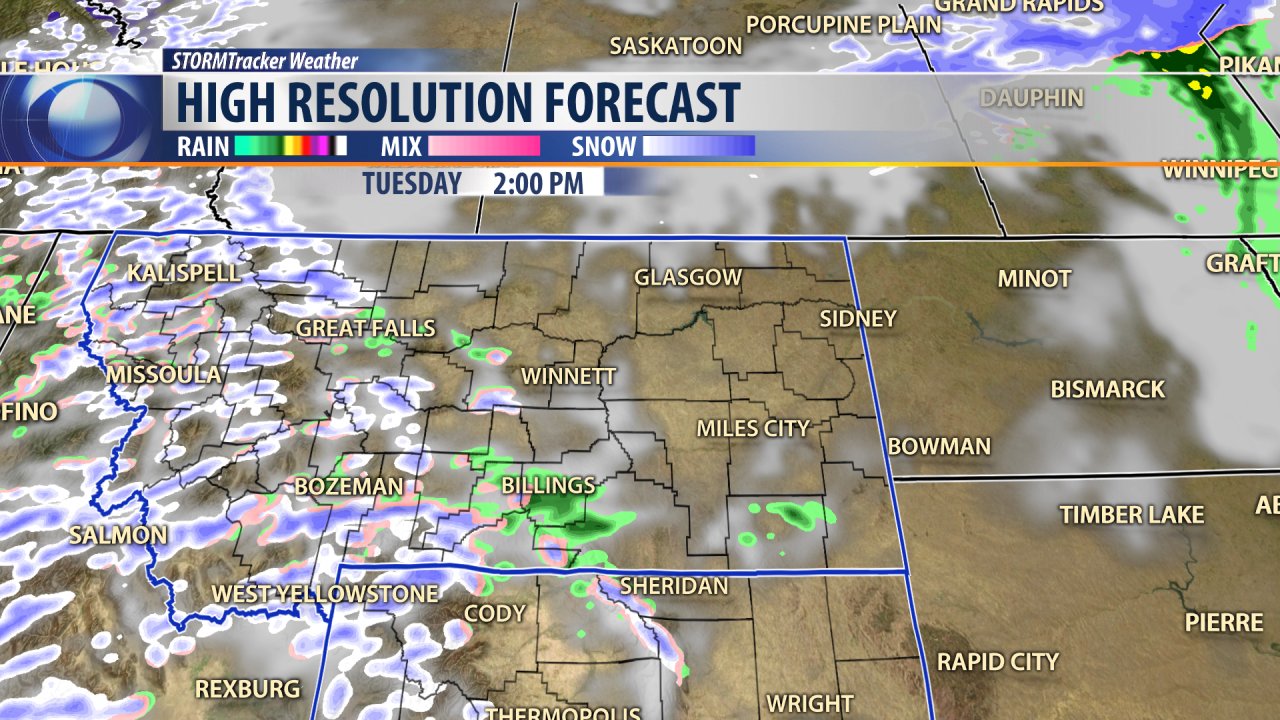 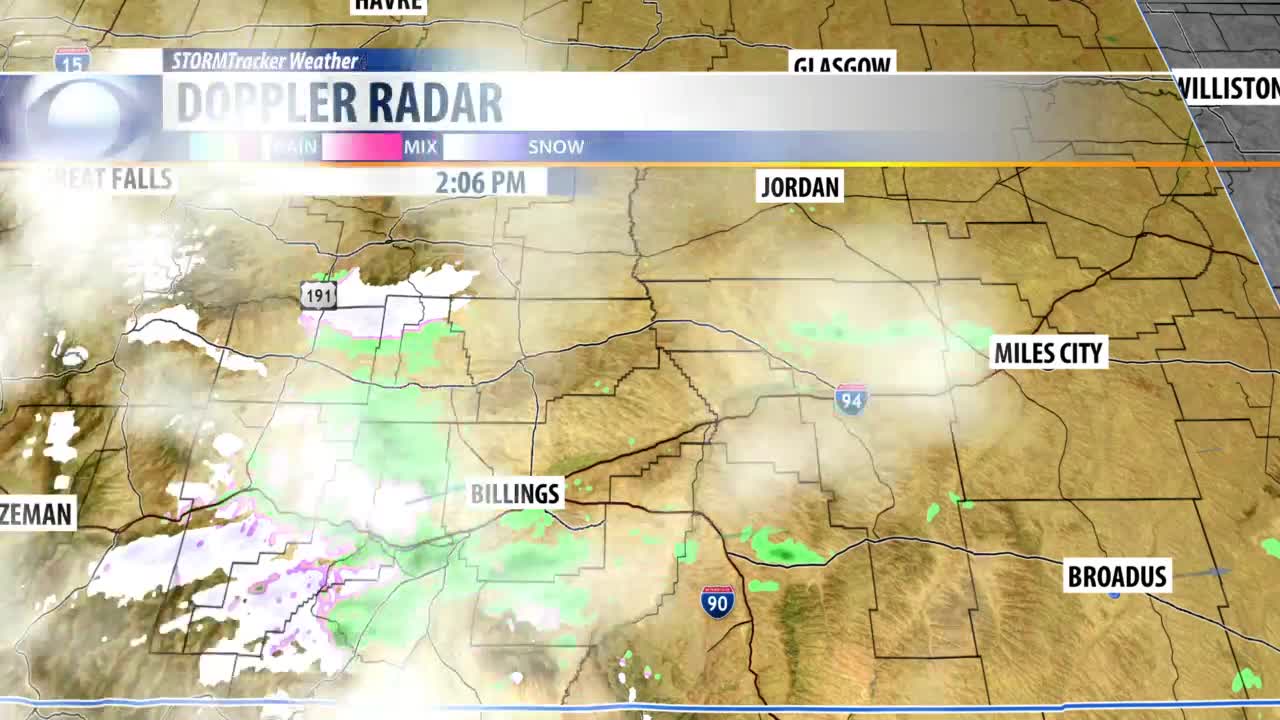 BILLINGS — Mostly cloudy skies and light rain were moving into the south-central Montana Tuesday afternoon, including the city of Billings. Under those cloudy skies, we see 47 degrees in Billings in the early afternoon.

Around the rest of the state, our current temps are mostly to the 30s and 40s, but we do see a few 50s out west and in eastern Montana.

And we still have a Winter Weather Advisory for parts of south-central Montana including the Beartooth foothills, the city of Billings, Big Timber and Harlowton.

The advisory begins at 6 p.m. and goes until 3 p.m. Wednesday. We are expecting 2 to 4 inches of snow. Tuesday afternoon, the Doppler radar showed light rain is starting to push its way into western Yellowstone County.

A little farther beyond that, toward the Beartooth foothills, we are seeing scattered snow showers the higher up in elevation we get.

The high-resolution forecast model shows we were expecting light rain in Billings Tuesday afternoon, but that will change to rain and snow mixed during the evening and all snow later Tuesday night by 10 p.m.

On Wednesday, we will see scattered snow showers off and on throughout much of the day, with most of the action just a little bit south of Billings on the state line with Wyoming.

Snowfall amounts are expected to be about 1 to 2 inches for Billings and 2 to 4 inches from Bozeman and Livingston.

We will top out at 44 on Wednesday and slowly work our way back up to 64 degrees by Monday afternoon.

TONIGHT: Mostly cloudy with an 80% chance for rain and snow likely this evening then all snow overnight. Snow accumulations around 2 inches are expected. Northeast winds 5 to 15 mph. Low 30 degrees.

THURSDAY: Mostly cloudy with a 20% chance for snow in the morning then mostly sunny skies in the afternoon. West winds 5 to 15 mph. High 47 degrees.