Q2 Weather: Not as hot in Billings with a chance of rain 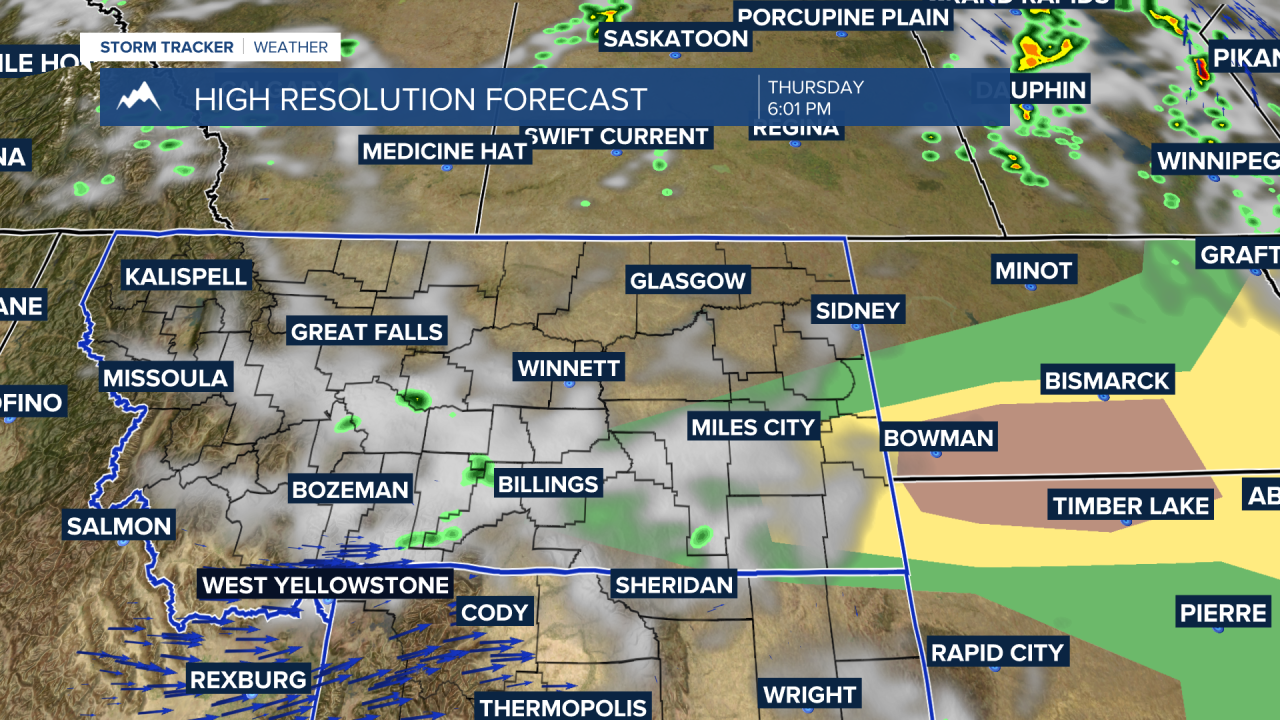 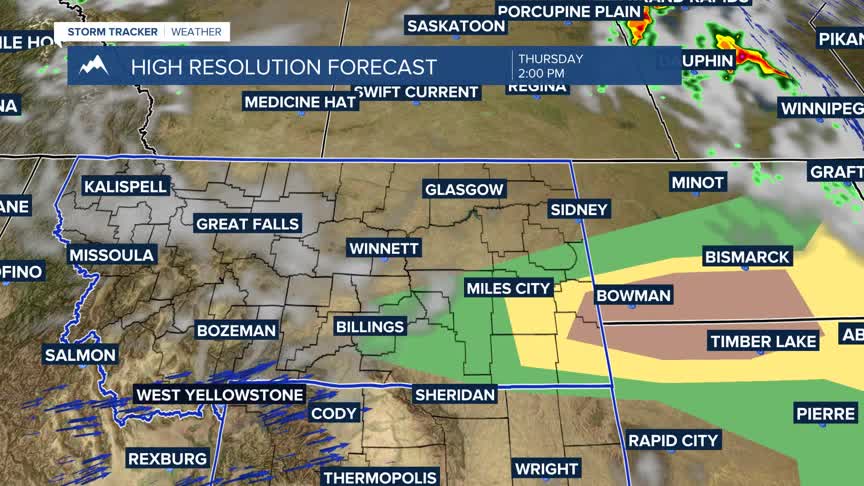 BILLINGS — It is another beautiful day in Billings. All we have are just a few partly cloudy skies and much cooler temperatures. Early Thursday afternoon, the temperature was 77 degrees in Billings.

Around the rest of the state, the temps are mostly to the 60s and 70s in west and central Montana with 80s back in the east. All of these temperatures are much cooler, thanks to a cold front that swept through last night.

That same cold front swept away most of the smoky conditions in eastern Montana and pushed them into the eastern Great Plains. We are still getting a little bit of smoke across southern Montana from a fire in northern California.

Right now, the Doppler radar shows scattered light rain showers around the Beartooth, Pryor and Big Horn Mountains. Those showers are caught up into a southwesterly flow of air and are headed for East central Montana.

That's where our high-resolution forecast model has a marginal, to increased, risk of severe storms today.

A little shower that develops north of Sheridan in Rosebud County Thursday evening could grow to be a pretty good size storm in Carter County, about 8:30 p.m. Thursday. After that we will see mostly sunny skies throughout much of the day on Friday and Saturday.

Tonight, our temps will cool back down to the 40s and 50s across south-central and eastern Montana. On Friday, they get back up into the 70s to mid-80s with mostly sunny skies.

We will top out at 84 degrees on Friday, 88 degrees on Saturday, them back to the 90s as we head into the early part of next week.

TONIGHT: Mostly cloudy skies with a 40% chance for showers and thunderstorms in the evening. Then decreasing clouds and mild temperatures. North winds 5 to 15 mph, shifting to the West 5 to 10 mph overnight. Low 54 degrees.