Q2 Weather: Nature to bring its own fireworks to Billings this weekend 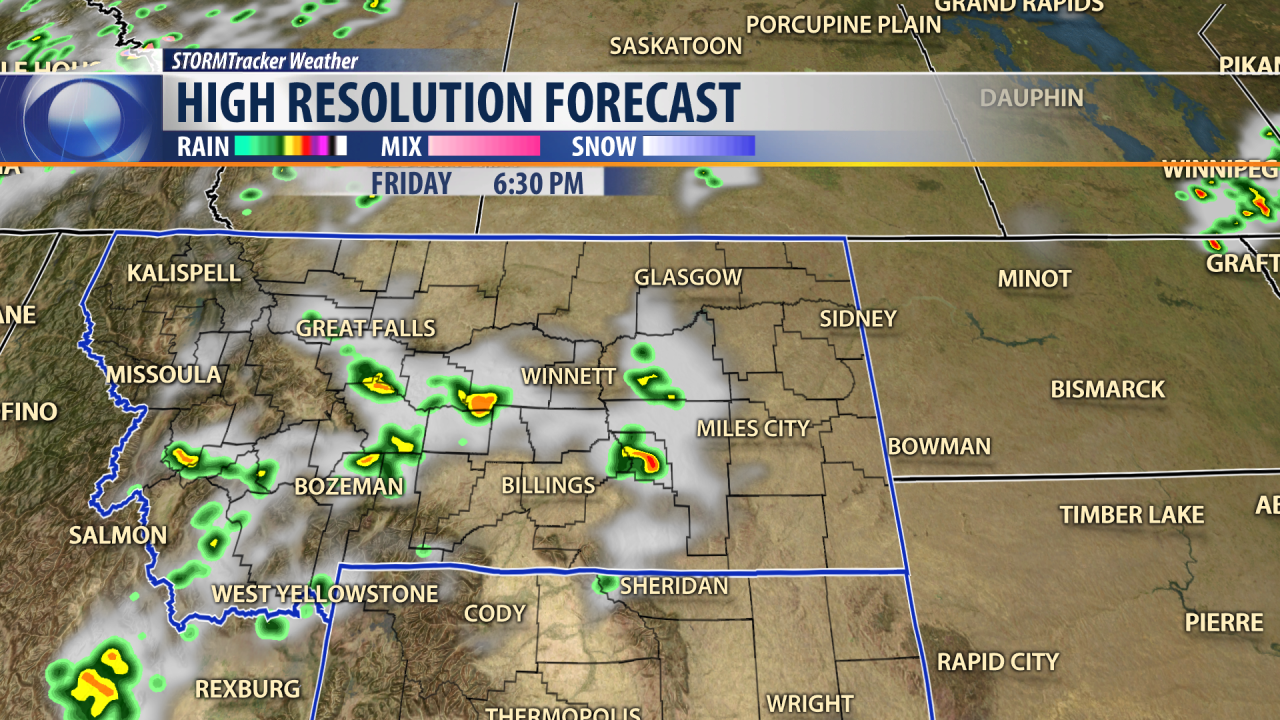 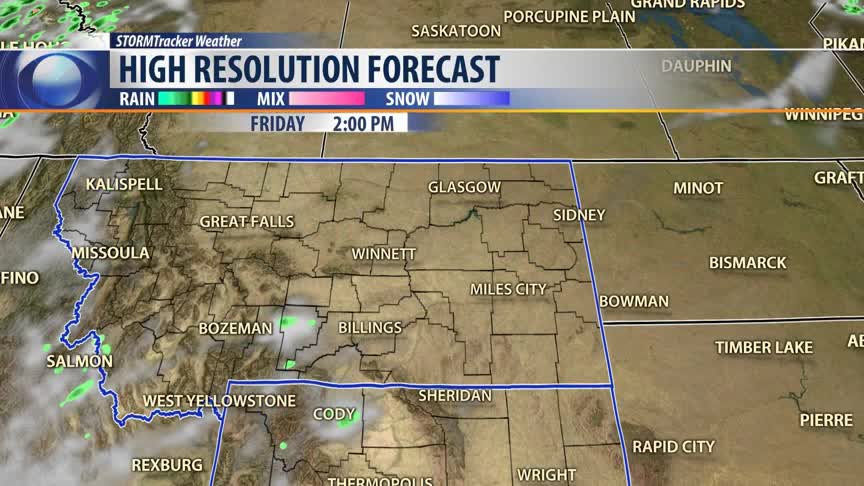 BILLINGS — On this Friday afternoon, which is a third a July, the day the business community celebrates the Fourth of July, the skies starting to fire up its own fireworks.

It's hard to tell from here, but you're looking at the Beartooth mountains. There is Haze and rain showers in the way, making them obscured. Meanwhile back here in Billings it is 83° with a light wind at 5 mph under mostly sunny skies.

Around the rest the state our temps are mostly into the 70s out West but there's a lot of 80s back in East and no 90s as of yet.

The Doppler radar shows you the scattered showers and thunderstorms that are trying to fire up on the downslope sides of the Beartooths.

The bigger cells seem to be traveling to the North of Billings, while we still have some more showers coming right at us out of the Southwest.

Tomorrow, Billings gets included in the increased risk of severe storms as another round of thunderstorms fires up and come our way.

The high-resolution forecast model shows we could see some showers move into the Billings area later this afternoon and then by 8:30 p.m. tonight, those huge cells will be blowing up right over Miles City.

Saturday morning you will enjoy mostly sunny skies across the Billings area. We may start to see a few showers come close to us by 6:30 p.m. Saturday night.

On Sunday expect mostly sunny skies in the morning which will carry us into the afternoon. Rainfall could be a quarter to half an inch for Billings and much of south-central Montana this weekend.

Our temperatures will get into the 80s next hour, then drop back down to the 60s in the morning and return to the mid-80s Saturday afternoon.

We will top out at 89 on Saturday, drop down to the low 80s on Sunday and Monday and get into the mid-80s on Tuesday through Thursday.

TONIGHT: Partly cloudy with a 20% chance for showers and thunderstorms this evening. North winds 5 to 10 mph in the evening shifting to the West overnight. Low 58°.

SATURDAY: Mostly sunny with a 20% chance for showers and thunderstorms in the afternoon and warmer. Southwest winds 5 to 10 mph the morning shifting to the East in the afternoon. High 89°.