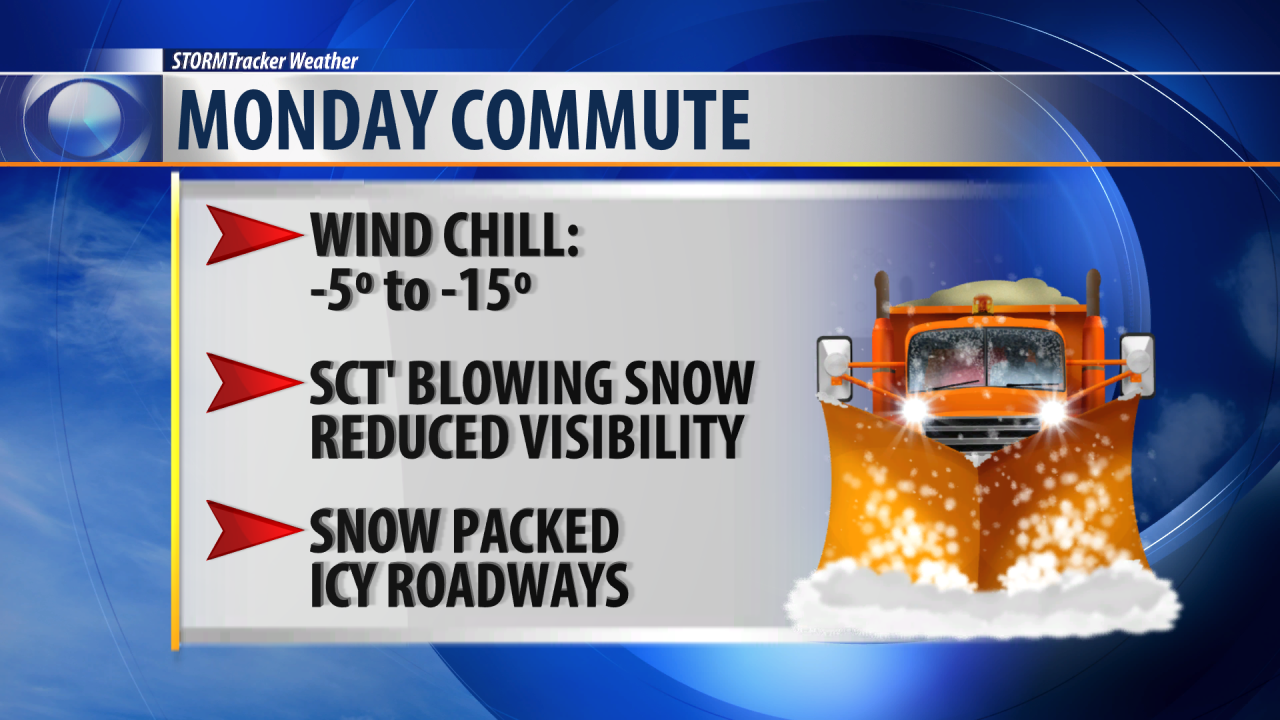 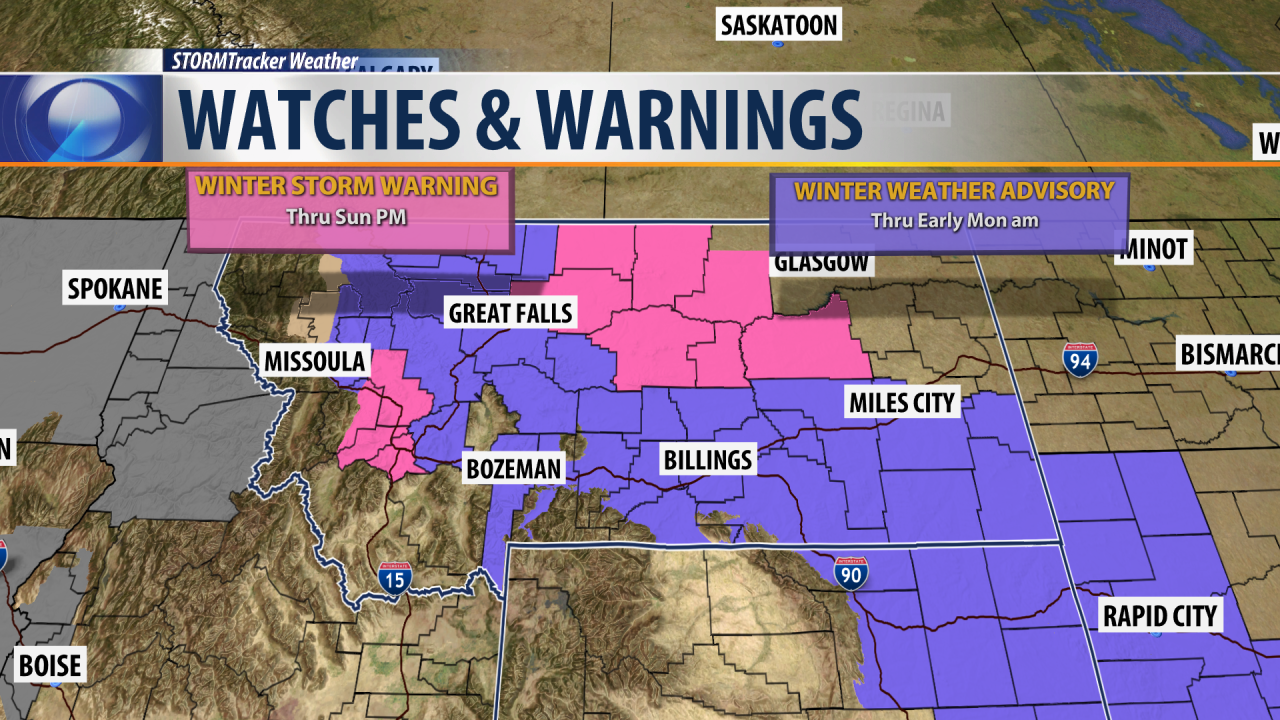 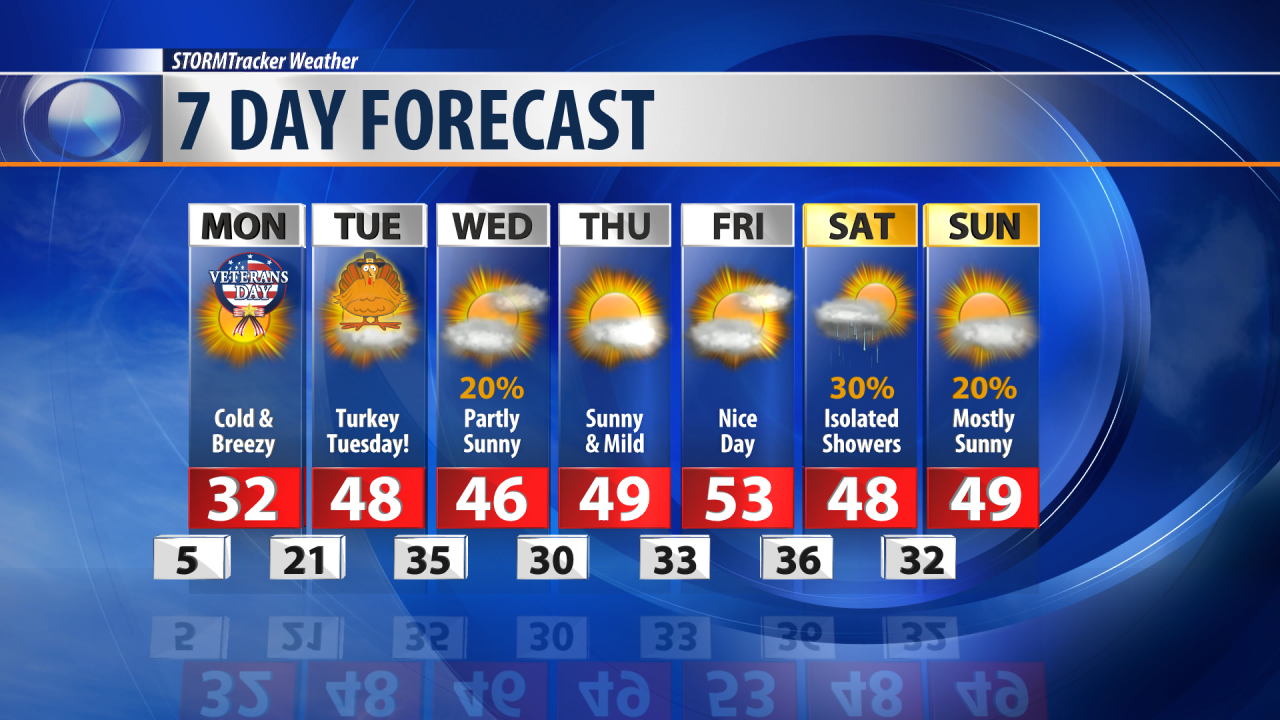 Winter Weather Advisories are still posted for much of south central and southeast Montana, and northern Wyoming through early Monday morning.

Areas of heavy snow will continue to affect portions of south central and southeast Montana and northern Wyoming until around midnight.

Expect patchy blowing snow at times, reduced visibility, hazardous roadways covered in ice and snow, and wind chills as cold as -5º to -15º.

Skies will begin to clear early Monday morning as a gradual warming trend begins for the work week.

The forecast for Billings:

Tonight: Cold with variable winds 5 to 15 mph, a 70 percent chance of light snow clearing after midnight, and a low of 5.

Veterans Day Monday: Sunny skies, patchy blowing snow late in the am, wind chills from -5 to -15 and a high of 32.

Monday Night: Mostly clear, windy at times with patchy blowing snow and a low of 21.

Tuesday: Mostly sunny and warmer, breezy at times and a high of 48.