Q2 Weather: More rain possible in Billings the next 48 hours 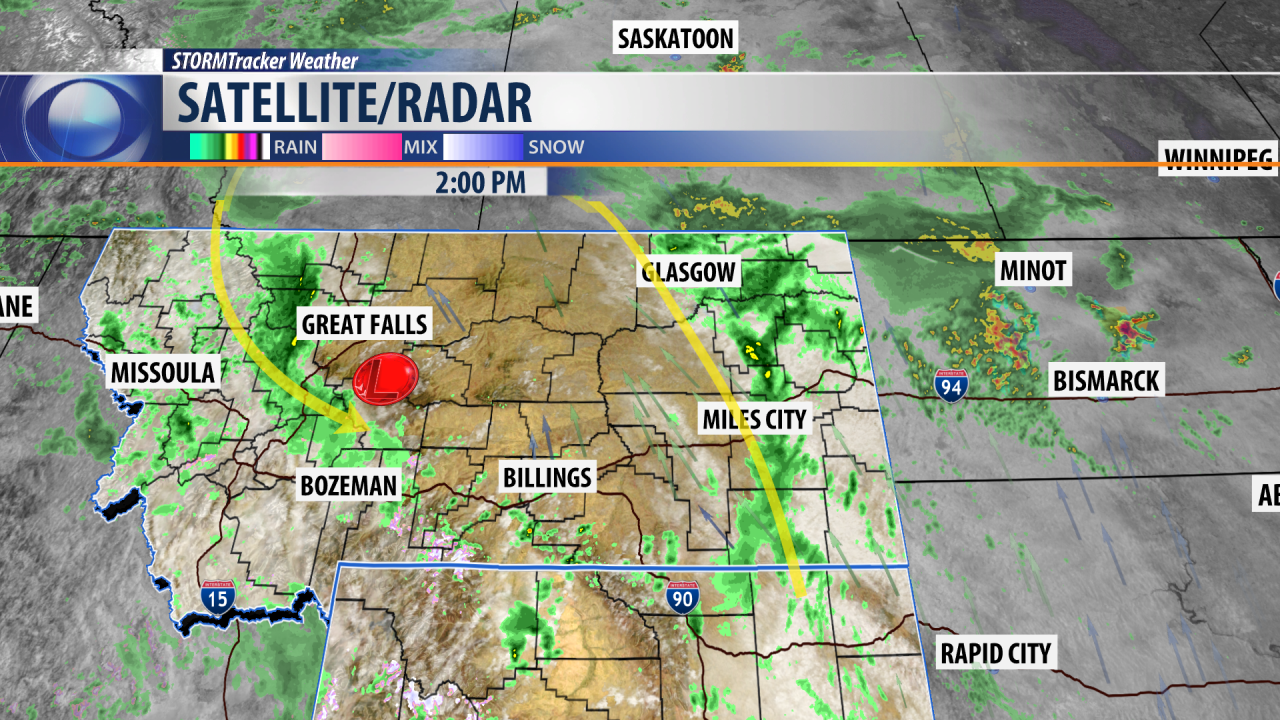 BILLINGS — If you look really close, you can still see snow on top of the Beartooth Mountains. Meanwhile, back in Billings, we have mostly cloudy skies and 66 degrees, and our wind is calm.

While much of south-central Montana had a lot of rain Monday, it was the extreme eastern edge of the state's turn Monday night. There was 0.79 inches of rainfall at Glendive since midnight and two-thirds of an inch over Miles City.

Our current temps are the 40s and 50s in the southwest. There are a lot of 50s, 60s and a few 70s across the Hi-Line and into northeastern Montana.

But the Doppler radar shows more showers and thunderstorms tracking across Eastern Montana.

They seem to be following an upper-level, low-pressure cell that's moved into central Montana, and all the moisture is rotating around that low and coming back at Billings Tuesday evening.

The thunderstorm outlook for Tuesday does show scattered showers across much of western Montana into the south-central part of the state, while all the big and bad stuff continues to move into the Dakotas.

However, on Wednesday, a new weather system starts moving into the central part of the state and it could give us a marginal risk of severe thunderstorms, which could include Billings. We will see a stray shower or two on either side of the severe storms.

The high-resolution forecast model shows how that moisture will continue to spin around that low-pressure cell in Montana and send scattered rain showers across south-central Montana Tuesday evening.

Your next weather system starts moving into the state on Wednesday, and it could bring scattered thundershowers to the Billings area by 6 p.m. and then clear out and leave mostly sunny skies for Thursday.

The computer suggests we will probably just see some light rain in Billings.

In fact, we will top out at 79 degrees on Wednesday, then jump up into the 80s on Thursday through the weekend and on into Monday.

WEDNESDAY: Mostly sunny with a 30% chance for showers and thunderstorms in the afternoon. Southwest winds 5 to 15 mph. High 79 degrees.