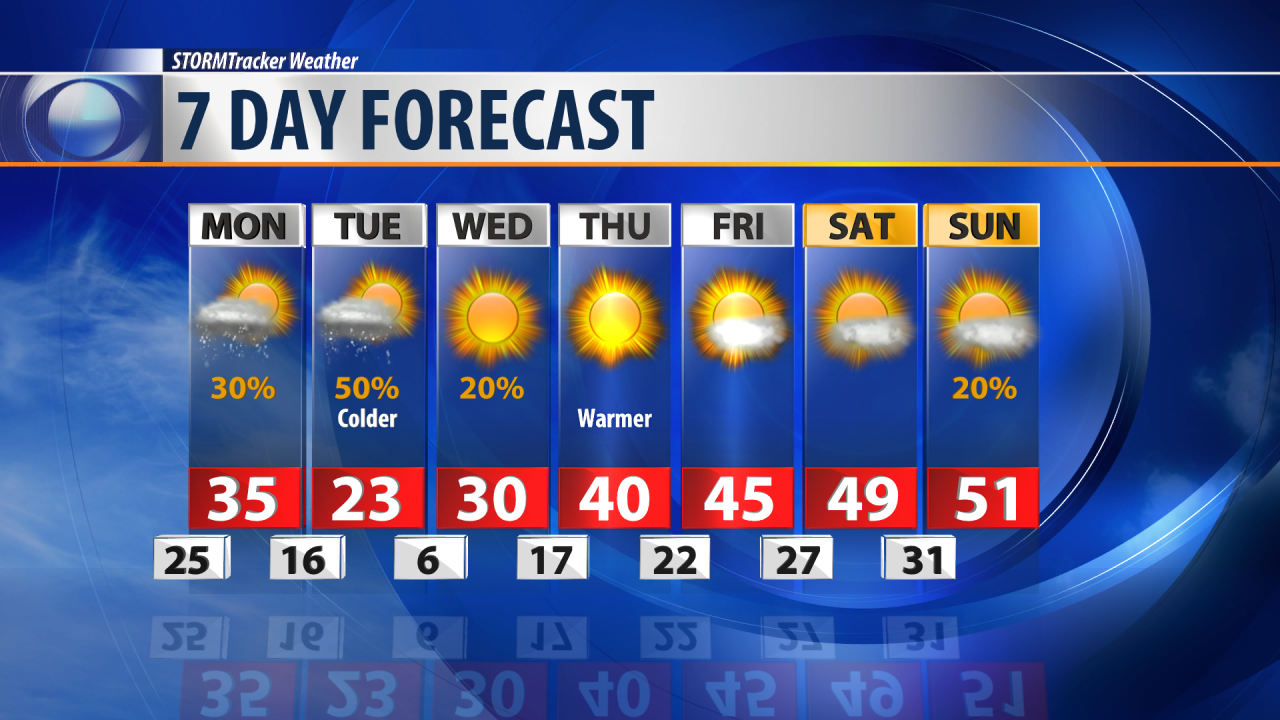 BILLINGS — It's going to be colder, then warmer next week.

Winter Storm Warnings remain in effect Sunday evening through Monday morning for the Crazy Mountains and the Beartooth Absaroka Mountains.

Light amounts of snow are expected in surrounding foothills.

Winter Weather Advisories are posted through Monday morning for the Bighorns, Pryor Mountains, and the northern Bighorns of Wyoming.

Another series of passing cold fronts will bring a chance for snow showers and cooler temperatures through Tuesday night.

Mostly dry and warmer weather moves back in starting Wednesday with daytime highs reaching 50 degrees by next weekend.

Monday: Mostly cloudy and cooler, northwest winds 5 to 15 mph, a 30 percent chance of showers and a high of 35.

Monday night: Mostly cloudy and colder, a 30 percent chance of snow showers and a low of 16.

Tuesday: Mostly cloudy and colder, a 50 percent chance of showers and a high of 23.