Q2 Weather: It's time for a cool change in Montana 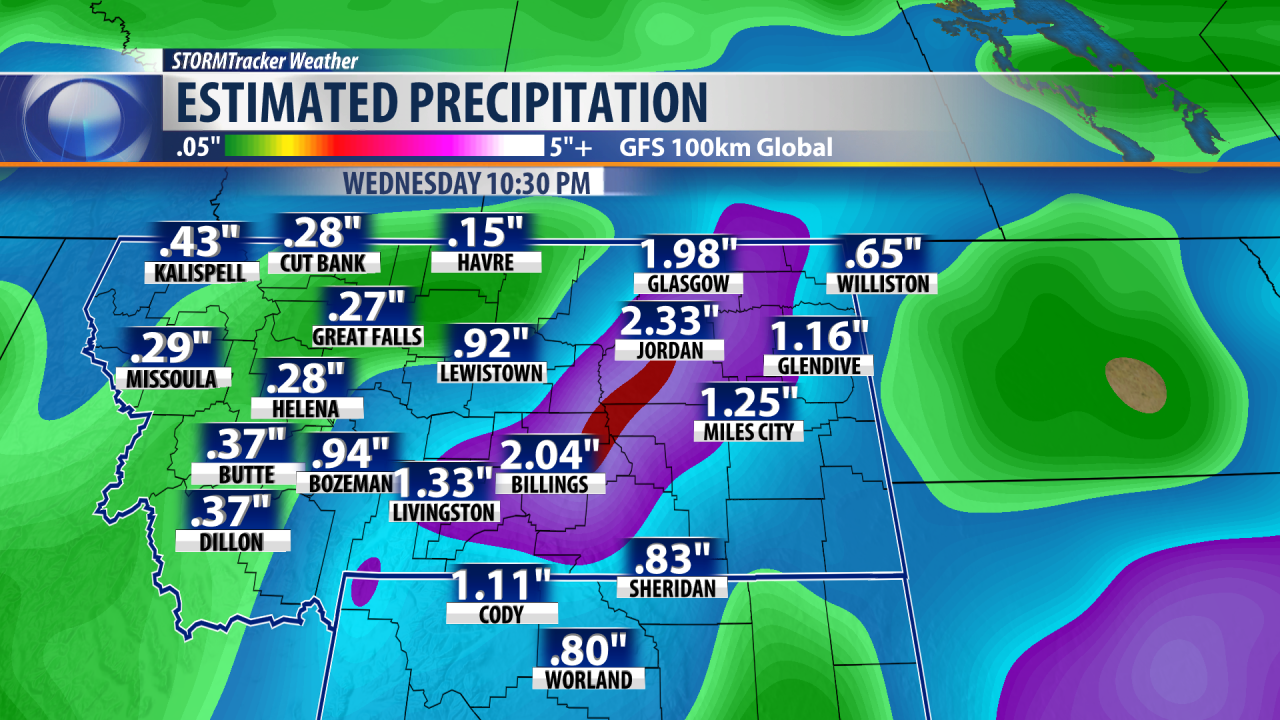 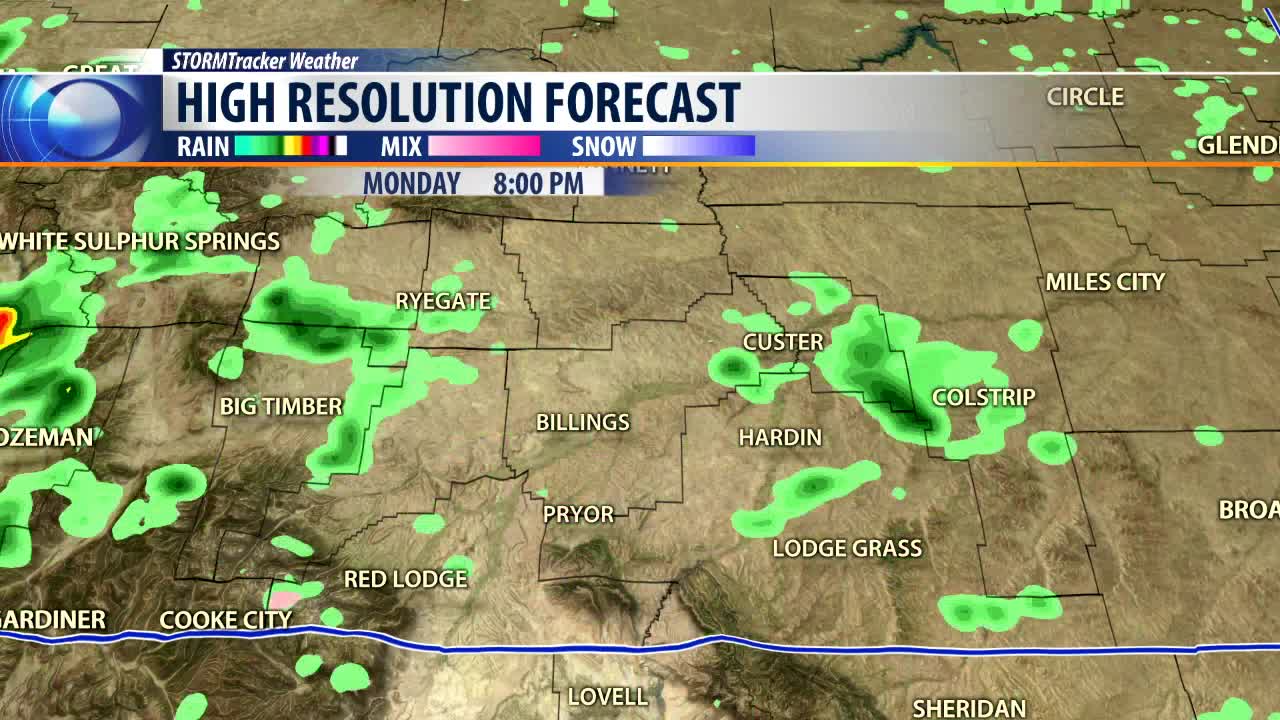 BILLINGS — If you look off in the distance, you can see showers and thunderstorms moving into Billings, but it will be a few hours before it gets here in the early afternoon.

The early afternoon temperature is 70 degrees with mostly cloudy skies and a west wind at 24 mph.

Around the rest of the state, the temps are mostly to the 50s and 60s, although Billings and Worland, Wyo., are both at 70 degrees.

On Monday afternoon, the Doppler radar shows high pressure pushing air into the state in the west and the low pressure cell slinging moisture back at Montana in the east.

All that while, isolated rain showers continue to push their way off the Beartooth foothills and head toward Billings.

The high-resolution forecast model shows that the showers off the Beartooth Mountains are heading toward the Billings area at about 5 or 5:30 p.m. with light to moderate rainfall.

Then we get a little break overnight. But more rain showers move in Tuesday morning, and the rain continues off and on throughout Tuesday afternoon.

Then by Wednesday, let the floodgates open, because showers and thunderstorms will be pouring in here throughout much of the day on Wednesday.

Computer models suggest Billings could see over two inches of rain by the time midweek gets here.

The temperatures will remain perfect for rain mostly to the 70s the rest of Monday and cooling back down to the 50s Tuesday morning and back to the 60s Tuesday afternoon.

The temperatures will eventually work their way back to the upper 70s by the end of the week and roll back to the mid-70s on Sunday, all with chances of rain throughout the rest of the week.

TUESDAY: Mostly cloudy with a 60% chance for rain in the morning then more rain likely in the afternoon. East winds 5 to 10 mph. High 65 degrees.

WEDNESDAY: Mostly cloudy and cooler. Look for a 90% chance for rain showers the morning and again in the afternoon. North winds 5 to 15 mph. High 61 degrees.