Q2 Weather: It's like a weatherman's vacation forecast for Billings 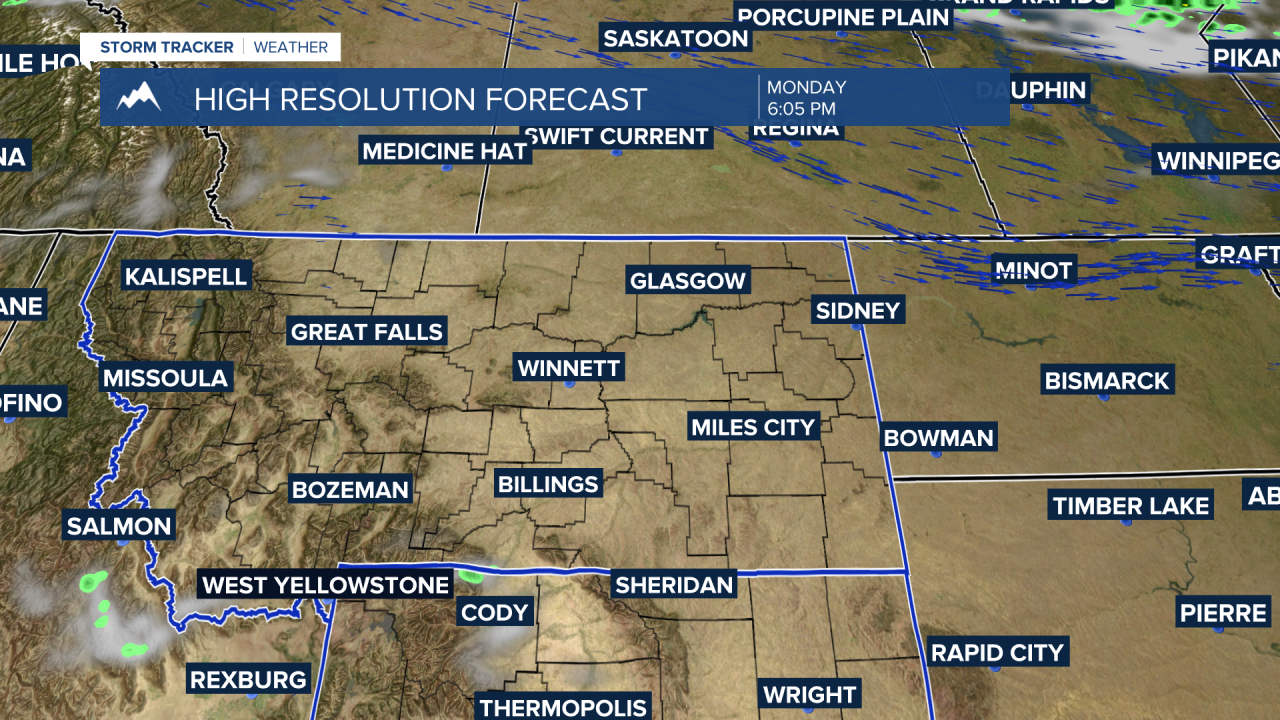 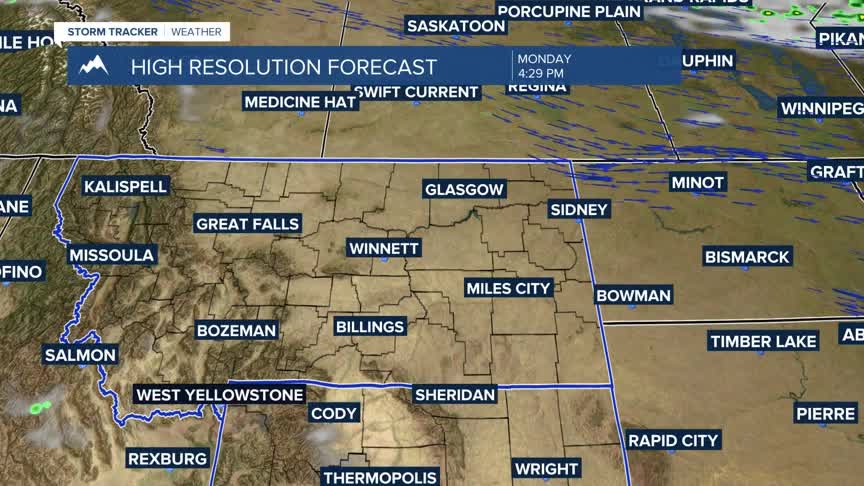 BILLINGS — It is another Chamber of Commerce day in beautiful downtown Billings. We have mostly clear blue skies and plenty of sunshine and 79 degrees early Monday afternoon. The winds are out of the southwest at 8 mph.

Around the rest of the state, our current temps are mostly to the 70s and 80s everywhere we look, with most of the warmer 80s around Glasgow and Jordan. They're both at 85 in the afternoon.

We still have a Fire Weather Warning that goes in effect Tuesday afternoon until 9 p.m. Wednesday. High winds, low humidity and warm temperatures will cause erratic fire behavior and possibly even new fire starts.

A similar scenario is unfolding in northern Wyoming with a Red Flag Warning from noon Tuesday until 8 p.m. The Doppler radar shows false echoes Monday afternoon around the Billings area, but everywhere else in the state we are very dry.

The high-resolution Forecast model bears that out. For the rest of the afternoon, we have mostly dry conditions from one side of Montana to the other.

Then by Tuesday morning, we are still generally dry across the region. It won't really be until Tuesday evening when we see a couple spotty sprinkles across south-central Montana.

By Wednesday afternoon, we could see a minor shortwave weather disturbance sweep across the state and give us a slight chance for some cloudy skies and a couple sprinkles.

We see mostly clear skies Monday night, and we're expecting temps to cool back down to the 40s and 50s.

Then Tuesday, a Red Flag Warning goes into effect in the afternoon and we will see our temperature start warming back up into the 80s and 90s.

We will top out at 93 on Tuesday, keep it in the 90s through Thursday. Then we drop back to the 80s as we pull into the weekend.

WEDNESDAY: Mostly sunny and still warm. West winds 5 to 10 mph the morning shifting to the Southeast in the afternoon. High 92 degrees.