Q2 Weather: In Billings, it's the warm before the storm 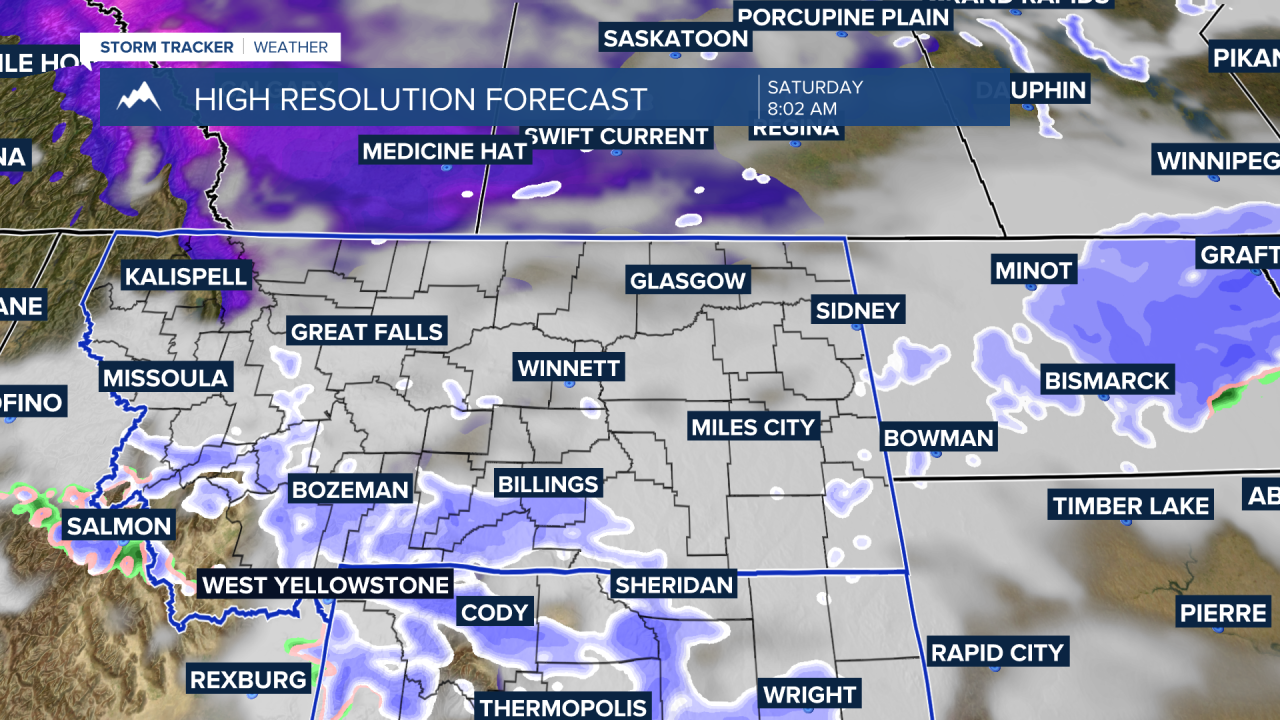 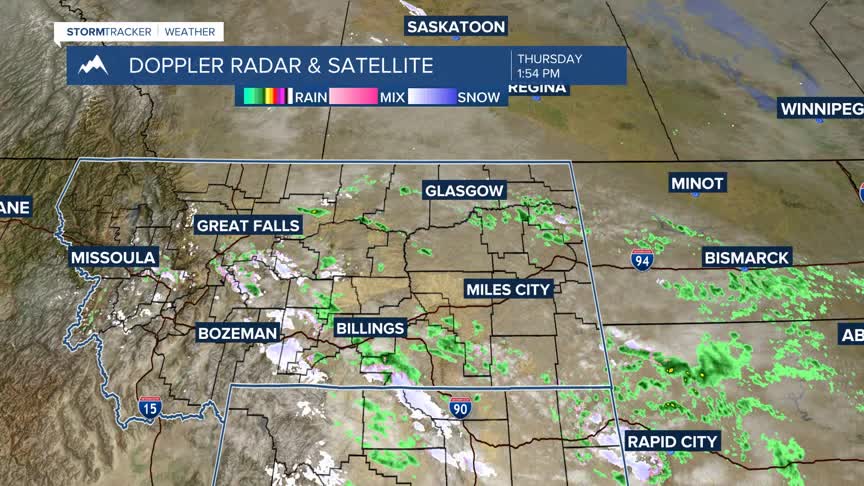 Around the rest of the state, our temps are mostly into the 30s, 40s and one place, Helena, is already into the 50s.

Plus, we have a High Wind Watch for Friday for winds gusting to 60 mph in Wheatland and Sweet Grass counties.

The Doppler radar shows light rain and snow showers caught up in a northwesterly flow of air, basically just west of Billings. It's close enough to Billings we could see a few scattered rain showers to the west and partly cloudy skies to the east.

The high-resolution forecast model shows those slight showers continue to move out of the area Thursday night, and we will be left with mostly sunny skies in the morning. However, that afternoon the clouds roll back in and so does a chance of rain after 10:30 p.m.

By Saturday morning, the rain will change over to snow and then more snow is expected late Saturday into Sunday.

Snowfall could be about 1 to 2 inches and mostly on the grassy areas this weekend in Billings.

We will top out at 61 on Friday, then cool back down to the 30s over the weekend and get back into the 40s, by the middle part of next week.

SATURDAY: Mostly cloudy with a 90% chance for rain and snow in the morning, then snow late in the morning and the afternoon and much colder. Snow accumulations are possible. North winds 10 to 20 mph. High 35 degrees.