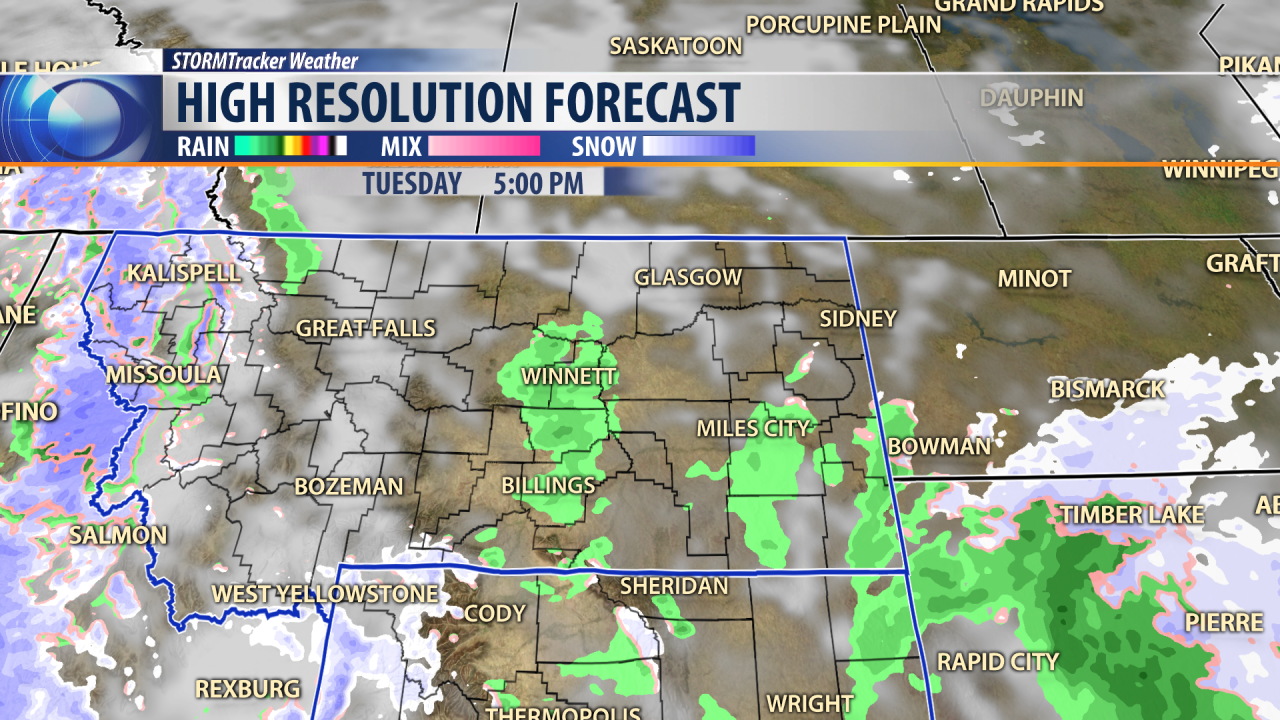 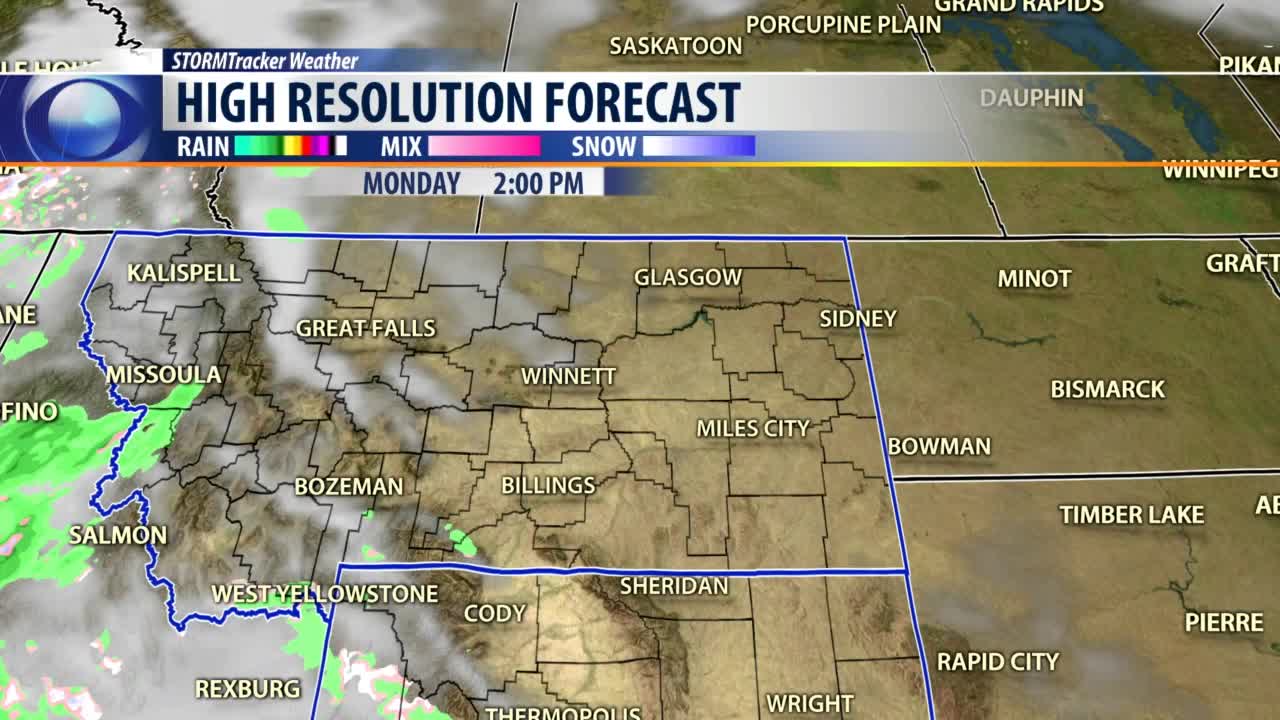 BILLINGS — The Billings area started out Monday with mostly sunny skies, but those are starting to give way to mostly cloudy skies. However, temperatures were at 40 degrees in the afternoon and will go higher before the day is done.

Around the rest of the state, it's in the central 50s in Great Falls and Lewistown, in the teens and 20s across the Hi-Line, and 20s and 30s in the southwest and some upper 20s in the eastern edge of the state.

We are expecting all these temperatures to continue warm up as the day goes on.

We still have a Small Stream Flood Advisory for the town of Choteau for ice jams in the Spring Creek. This caused flooding all last week and continues to do so this week.

However, it is just sending cloudy skies across the rest of Montana Monday afternoon.

The high-resolution forecast model shows scattered rain and snow showers moving into the western part of the state Monday afternoon.

We will see snow in the higher elevations and rain down the valleys.

Eventually we could see scattered rain showers moving into the Billings area about 5 p.m. Tuesday.

We could see another batch of rain and snow about 11 p.m. Tuesday. After that, we could see lingering snow showers Wednesday morning and another shot of rain Wednesday afternoon.

Our temperatures will continue stay in the 40s next hour, then roll back down to the 30s in the morning and back up to the low 40s Tuesday afternoon at this time.

We will top out at 47 degrees on Tuesday, then down to the low to mid-40s on Wednesday and Thursday and then up to 50 degrees on Saturday.

TONIGHT: Partly cloudy and not so cool. Southwest winds 5 to 15 mph. Low 30 degrees.