Q2 Weather: For the first time in a while, snow is in the forecast 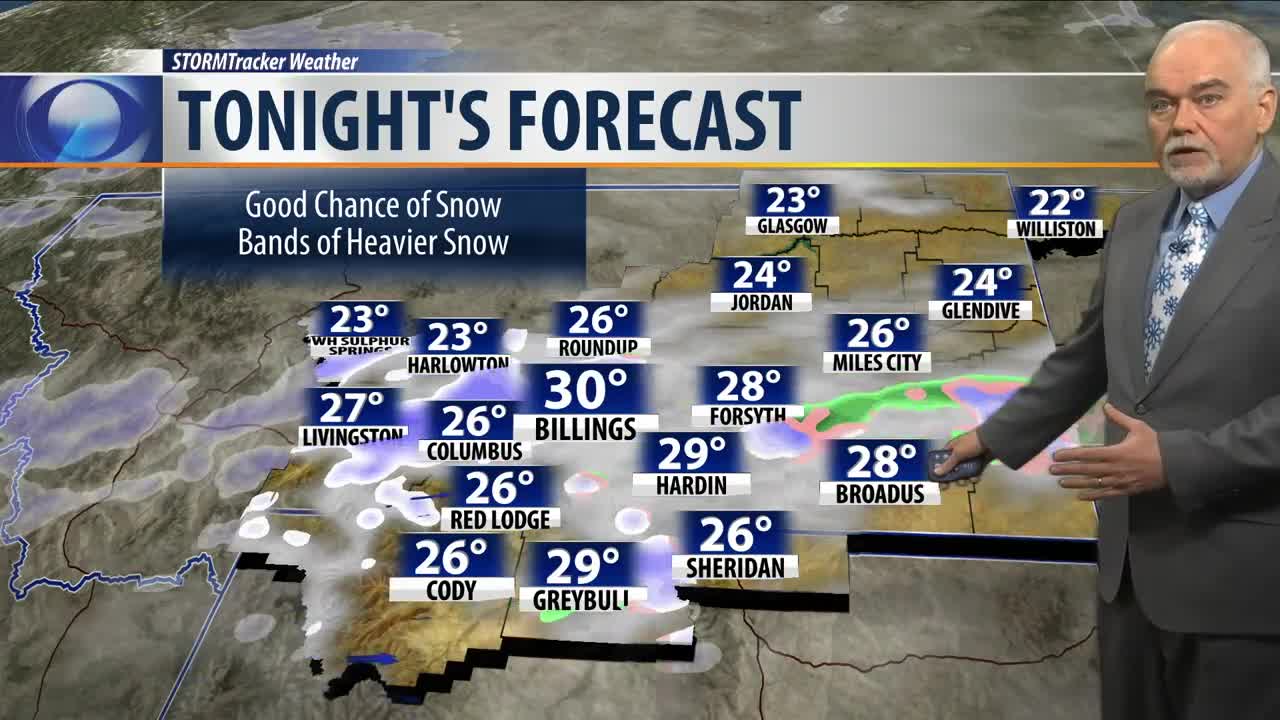 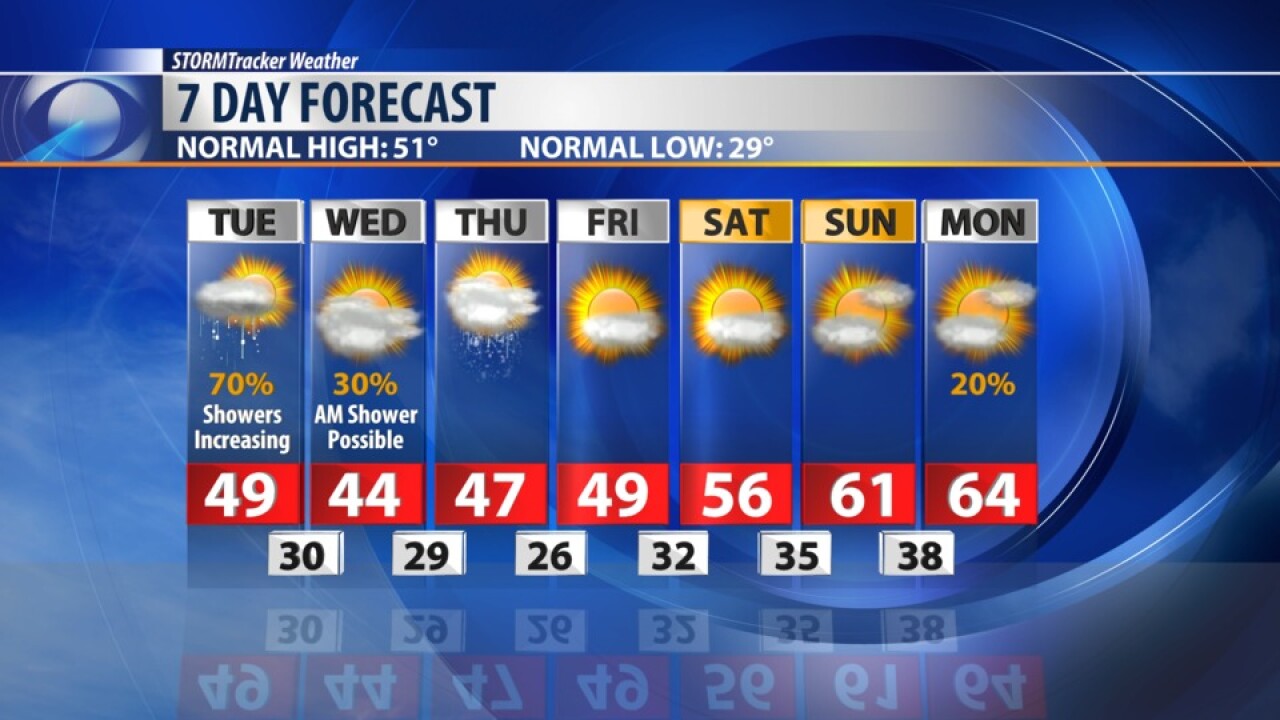 BILLINGS — Our best chance of snow is Tuesday evening through Wednesday.

Snow will increase in the mountains and adjacent foothills Tuesday, with rain showers slipping onto the lower elevations by the afternoon and evening. High temperatures will be mainly the 40s from Billings westward with 40s to mid-50s to the east.

A cold front moves across from the north during the late afternoon and evening. As temperatures cool, snow is likely from Billings westward with 3 to 5 inches likely with bands of heavy wet snow possible. East of Billings, most of the total snow is expected to be only one-and-a-half inches or less in most cases.

The west facing slopes of the mountains will see additional snow Wednesday. The midweek highs will be mainly in the mid-30s to mid-40s with warming temperatures reaching the 50s to low 60s by the weekend.

Tuesday... A slight chance of rain and snow before noon, then a chance of rain. Increasing clouds, with a high near 49. Northwesterly wind 5 to 10 mph.

Tuesday evening... Rain and snow in the evening, becoming all snow after 3am. Low around 31. Northeast wind 5 to 9 mph. Chance of precipitation is 70%. New snow accumulation of around an inch or two possible.

Wednesday... A chance of snow before noon, Then snow turning to rain showers. Mostly cloudy, with a high near 44.