Q2 Weather: For Billings, one more day of the hot stuff 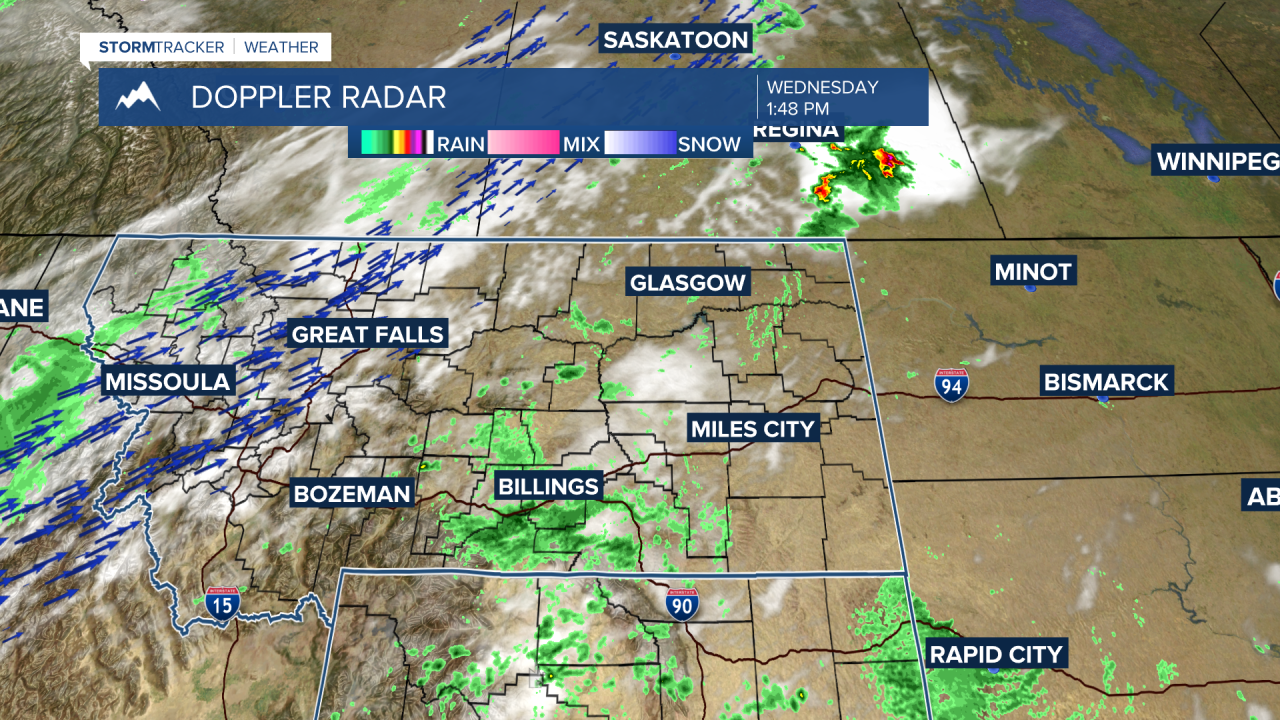 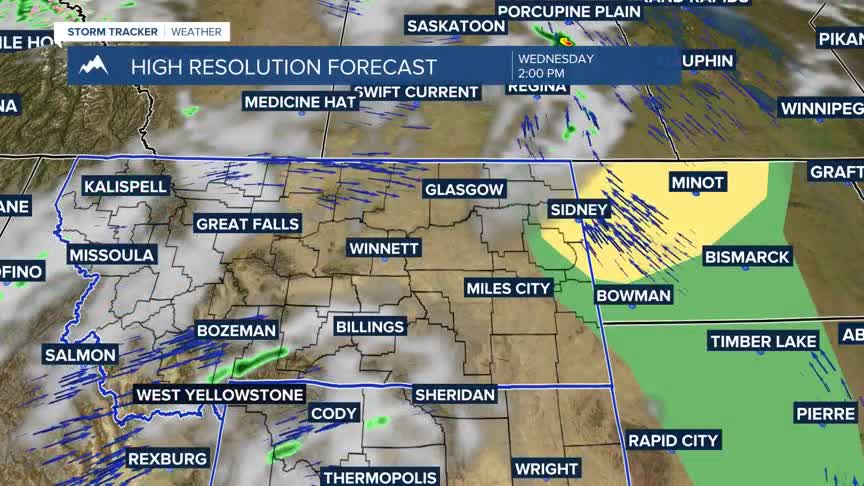 BILLINGS — A few cloudy skies and a couple areas of light rain and temperature starting to get a little on the hot side. That's what's happening in the Billings area Wednesday afternoon.

Already in Billings, it's 88 degrees in the early afternoon and expected to get into the 90s later.

Around the rest of the state, you can see where the cold front has already been. We are only in the 70s at Kalispell and Missoula, and we see 80s around the mountains. Back in the east, we are already into the 90s at 2 p.m.

With all that heat, it just makes sense we would have a Red Flag Warning across almost all of eastern Montana and northern Wyoming. High winds, low humidity and warm temps will cause erratic fire behavior and possibly even new fire starts.

All that stays with us throughout the rest of the day and in some cases into Thursday in northern Wyoming.

Right now, the Doppler radar is showing scattered light rain showers coming down off the Beartooth Mountains and heading toward the rest of south-central Montana. Don't be surprised to see a few sprinkles out of this.

Many of the showers are high-based and will be evaporating before they make it to the ground. They are otherwise known as dry thunderstorms.

The high-resolution forecast model shows we will be in and out of the spotty showers throughout the rest of the afternoon. We expect mostly dry conditions in south-central Montana in the morning but increasing clouds and a few sprinkles on Thursday afternoon.

On Friday, we will enjoy mostly sunny skies and cooler temperatures.

On Wednesday night, we will cool back down into the 40s and 50s and even a few 60s in the east as the Red Flag warning lifts at midnight.

On Thursday, look for temps get back into the 70s and 80s and maybe a few 90s in northern Wyoming. Otherwise, we are looking at mostly cloudy skies by the afternoon with a few spotty showers.

We expect 90 degrees at 5:30 p.m. and cooling back down to the 60s the morning, then back up into the mid-70s by Thursday afternoon.

We will top out at 84 on Thursday and keep it in the 80s through Sunday. Then as we start up next week we will get back into the low 90s.

TONIGHT: Mostly cloudy with a 30% chance for showers and thunderstorms in the early evening. Northwest winds 5 to 10 mph. Low 59 degrees.

THURSDAY: Increasing clouds. With a 20% chance for rain showers in the early afternoon, then a chance for showers and thunderstorms in the late afternoon. Northeast winds 5 to 10 mph. High 84 degrees.