Q2 Weather: Feels more like summer than fall this weekend 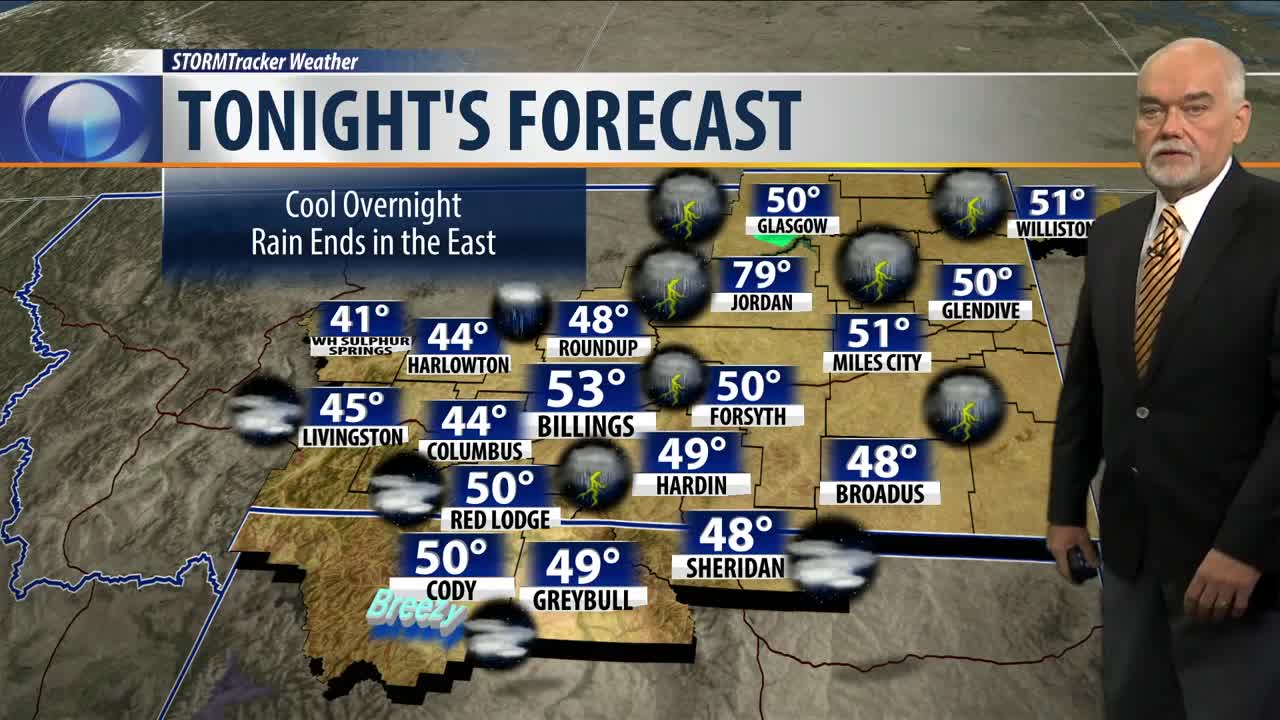 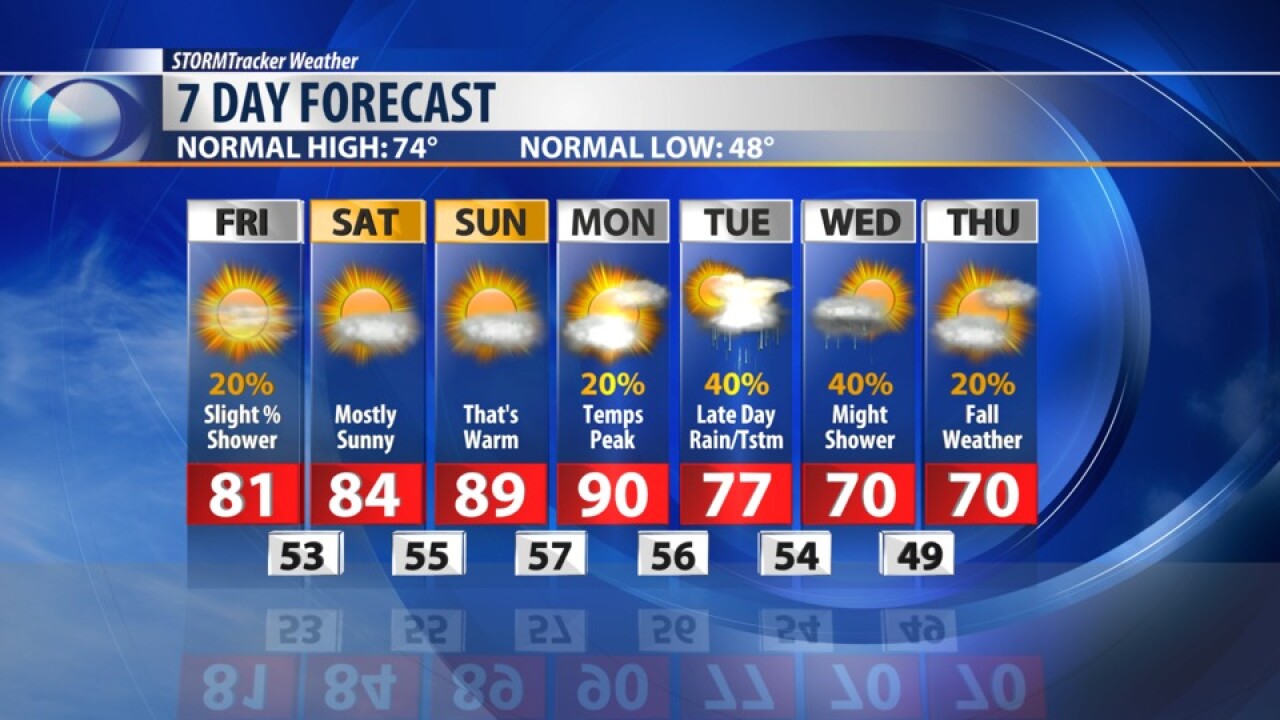 BILLINGS — Still on track for a warm and mainly dry weather pattern this weekend.

Expect a mix of clouds and sun Friday, with highs in the upper 70s to low 80s. It could be a little breezy at times, especially in the mountain foothills. Around Billings expect a 10 to 20 mph southwest wind.

A disturbance moving across northern Montana could create a stray shower or thunderstorm during the evening, especially from Billings to the north.

Saturday is warm and dry, with highs mainly in the mid to lower 80s for the lower elevations. Expect a sunny to mostly sunny day with a light wind.

Temperatures take off on Sunday and Monday, hitting readings in the mid-80s to low 90s. Monday could be the warmest day overall with both days within a few degrees of the daily record highs for Billings.

Details are unclear, but the weather becomes cooler with a better chance of rain starting Tuesday.

Friday night… A slight chance of a shower thunderstorm until around midnight. Otherwise, partly cloudy with a low of around 53.

Saturday… Sunny to mostly sunny with a high near 84.