Q2 Weather: Cooler air and sunshine ahead for Billings 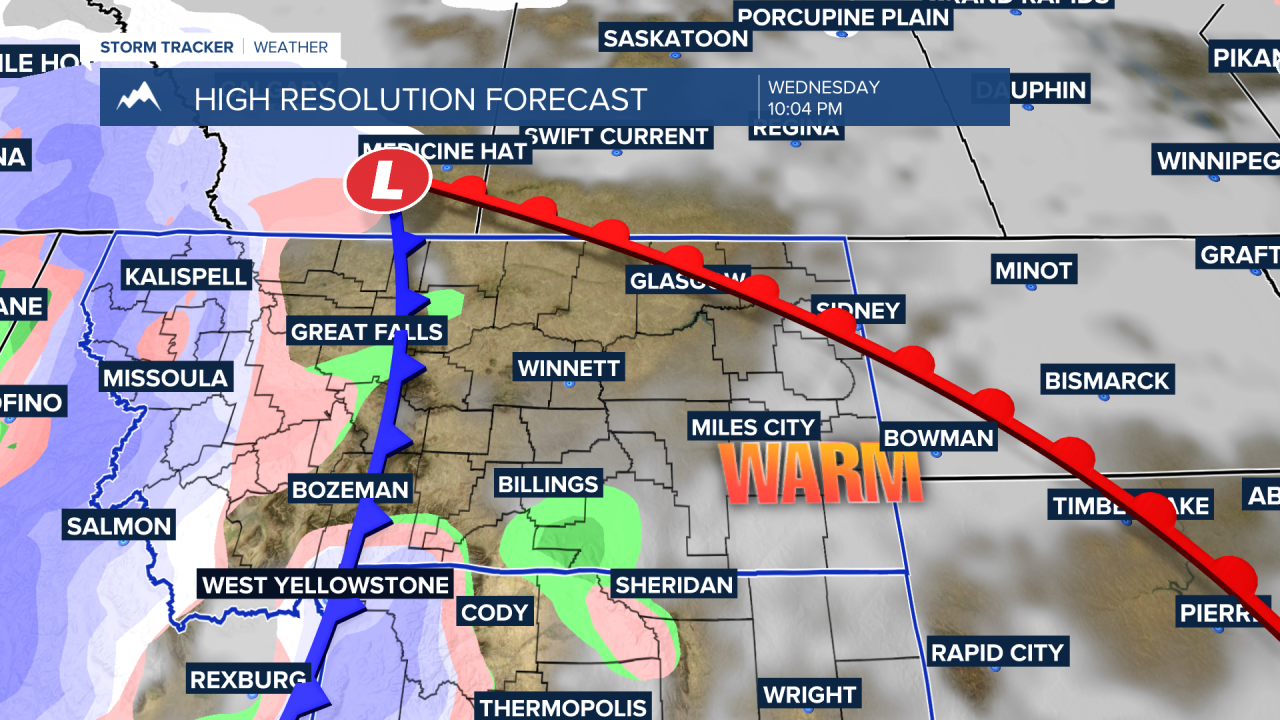 BILLINGS — Mostly cloudy skies with a few sun breaks is what Billings has Wednesday afternoon.

However, the temperature is pretty comfortable at 59 degrees. The winds are out of the southwest at 8 mph.

Around the rest of the state, our current temps are mostly to the 30s and 40s out in the far west and 50s across much of Montana. East of the divide, Sheridan and Worland, Wyoming, are into the 60s.

The Doppler radar shows scattered light rain showers east of the Billings area while we are still are looking at snow up in the Beartooth Mountains.

However, downsloping winds are inhibiting the rain and snowfall development in the Billings area.

It is a warm front that's sweeping through the region Wednesday that's warming things up for the Billings area.

That's tied to a new cold front that's forecast to sweep through the area overnight Wednesday and bring us a chance for spotty showers in southern Yellowstone County on Thursday morning.

Sunny skies will eventually move into the Billings area by Thursday afternoon, and the sunshine should return for most of Friday into Saturday.

We will top out at 51 degrees on Thursday then roll it back into the mid 40s for Friday through Monday and up to 48 degrees on Tuesday.

TONIGHT: Partly cloudy with a 20% chance for rain in the evening and colder. West winds 10 to 20 mph. Low 35 degrees.