Q2 Weather: Billings will be smoking out some cooler temps 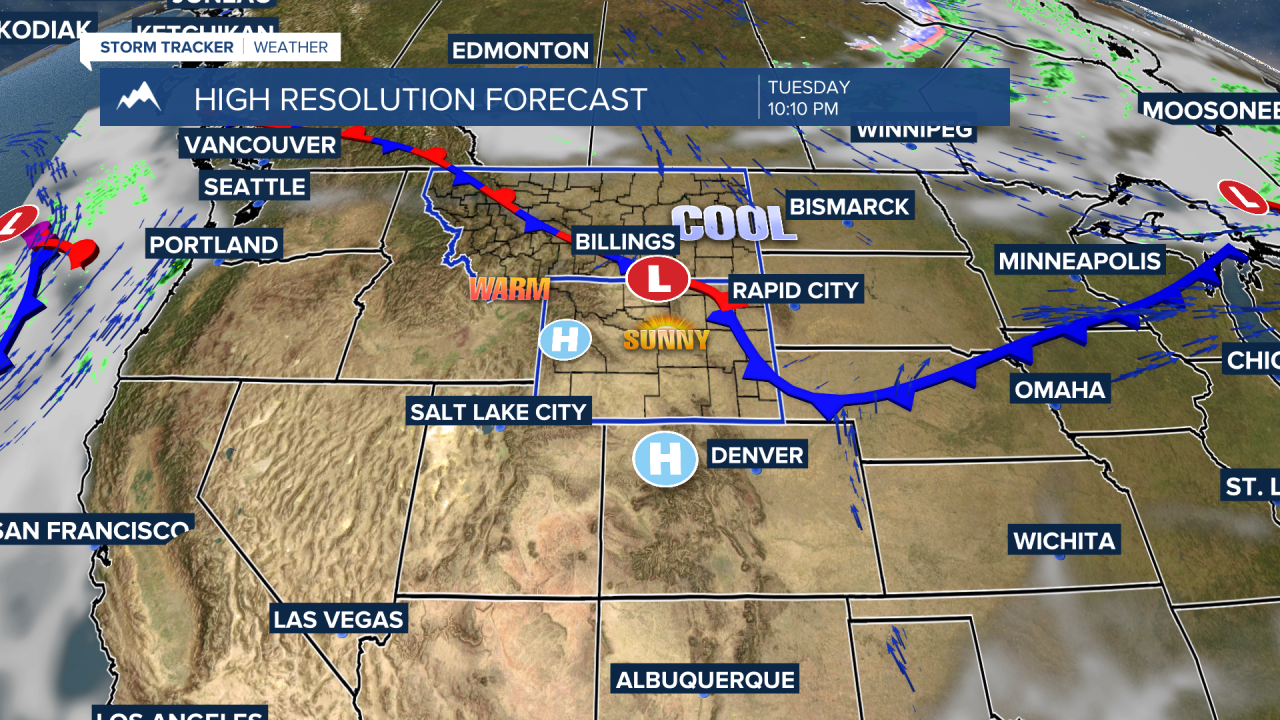 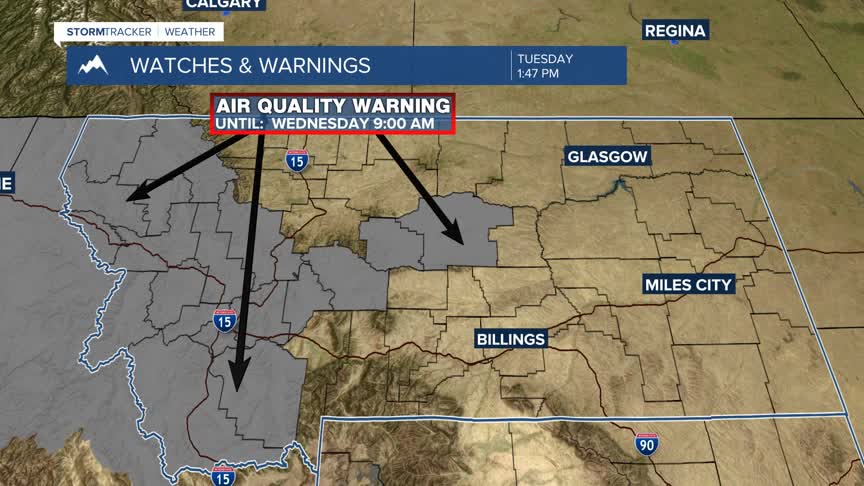 BILLINGS — Smoke continues to be an issue in Billings Tuesday afternoon. In the early afternoon, the temperature was 73 degrees but expected to rise a little as the day goes on.

Around the rest of the state, our current temps are mostly into the 60s, 70s and a few 80s around Lewistown, Livingston and even over in Sheridan.

But once again, the big story is the smoke across much of the Pacific Northwest and the northern Rockies, including all of Montana, right into Friday and Saturday.

The smoke does look like it will get a little bit thinner Thursday and Friday. However, the air quality in Montana is getting pretty bad. It ranges from moderate to unhealthy to hazardous up in the northwest corner of the state.

In Billings, the air quality is considered unhealthy with a lot of particulate and ash in the air.

However, the air quality is even worse in the west- that's where they have an Air Quality Warning until 9 a.m. Wednesday.

The Doppler radar and satellite imagery shows a few wispy high clouds across the north-central part of the state and generally pretty dry.

At the surface, we have a cold front that's dropping down from Canada that will probably go stationary about the time it hits Billings.

But then the cooler air will continue to push down into the Central Plains part of the country.

The stationary front will back up against the mountains and allow milder temperatures to move into south-central Montana, including Billings.

The hotter stuff will stay in western Montana, Idaho and western Wyoming.

We will top out at 76 on Wednesday, get into the 80s on Thursday and Friday and drop back down to the 70s over the weekend and the early part of next week.

THURSDAY: Sunny and warmer. West winds 5 to 10 mph the morning shifting to the east 5 to 15 mph in the afternoon. High 82 degrees.