Q2 Weather: Billings still has a shot at more rain or snow 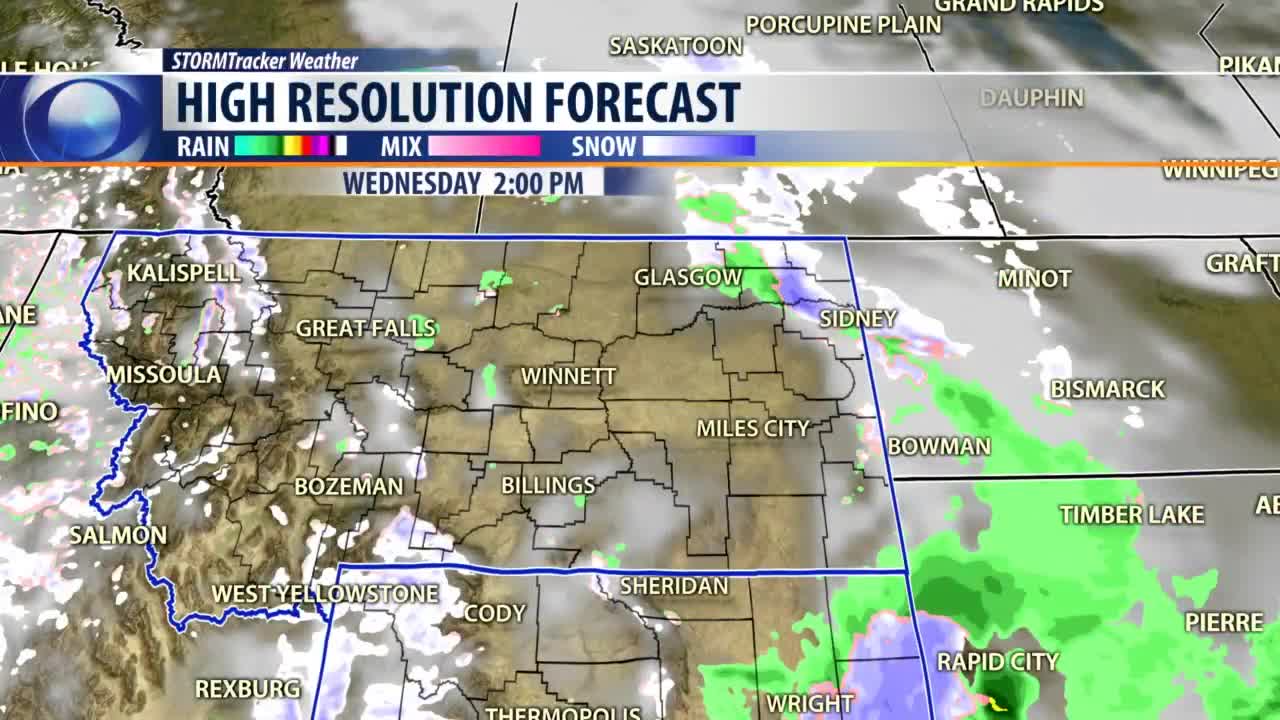 BILLINGS — Congratulations, you've made it to midweek. In the Billings area, that means partly cloudy skies and mild temperatures. Already at 1:30 p.m. Wednesday, the temperature has made its way up to 45 degrees in the city.

Around the rest of the state, early afternoon temperatures were mostly into the 30s and 40s.

The Doppler radar and satellite imagery shows we're in between weather disturbances. We had one move through with the cold front Wednesday morning.

The downsloping winds off the Beartooth Mountains had a tendency to dry up the moisture before making it to Billings.

So now that system continues to exit the state in eastern Montana, and the next system is starting to head toward west-central Montana around Missoula.

The high-resolution forecast model confirms that we are expecting Billings to remain dry throughout the rest of the afternoon, before the next system could move in 6 a.m. Thursday and bring a chance for rain or snow.

However, just like Wednesday, downsloping winds off the mountains could inhibit the rain and snowfall development in Billings.

But if that doesn't happen, we might even see some scattered rain showers move in around 3:30 p.m. Thursday.

On Friday, all that moisture moves away, and we are expecting dry conditions, except to the north of Billings, where we could see some rain.

Our temperatures will continue to be unusually warm for this time of year as we jump up to 47 degrees Wednesday afternoon, then roll back down the 27 degrees in the morning and up to 40 degrees about 1:30 p.m. Thursday.

We will top out at 43 degrees on Thursday and work our way up to 52 degrees by Sunday afternoon and then roll back to 48 degrees for next Tuesday's high.

THURSDAY: Partly sunny with a slight risk of rain and snow in the morning and rain again in the afternoon. Southwest winds 5 to 15 mph. High 43 degrees.