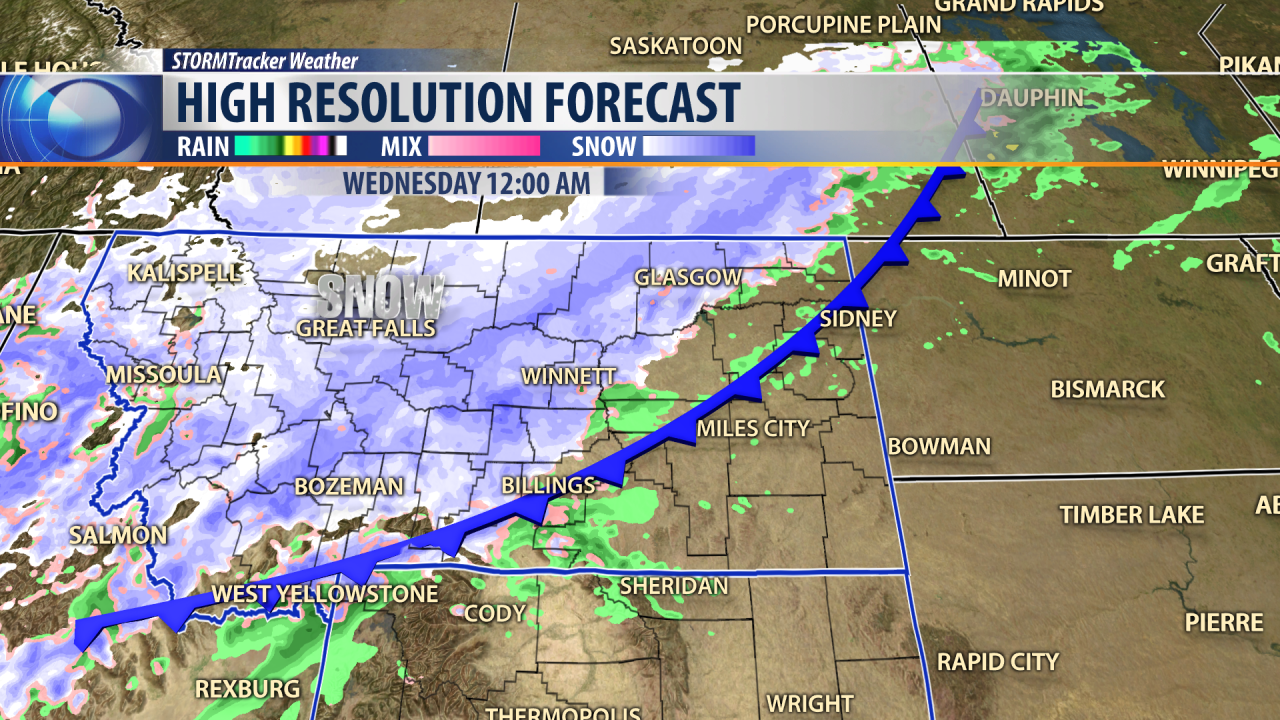 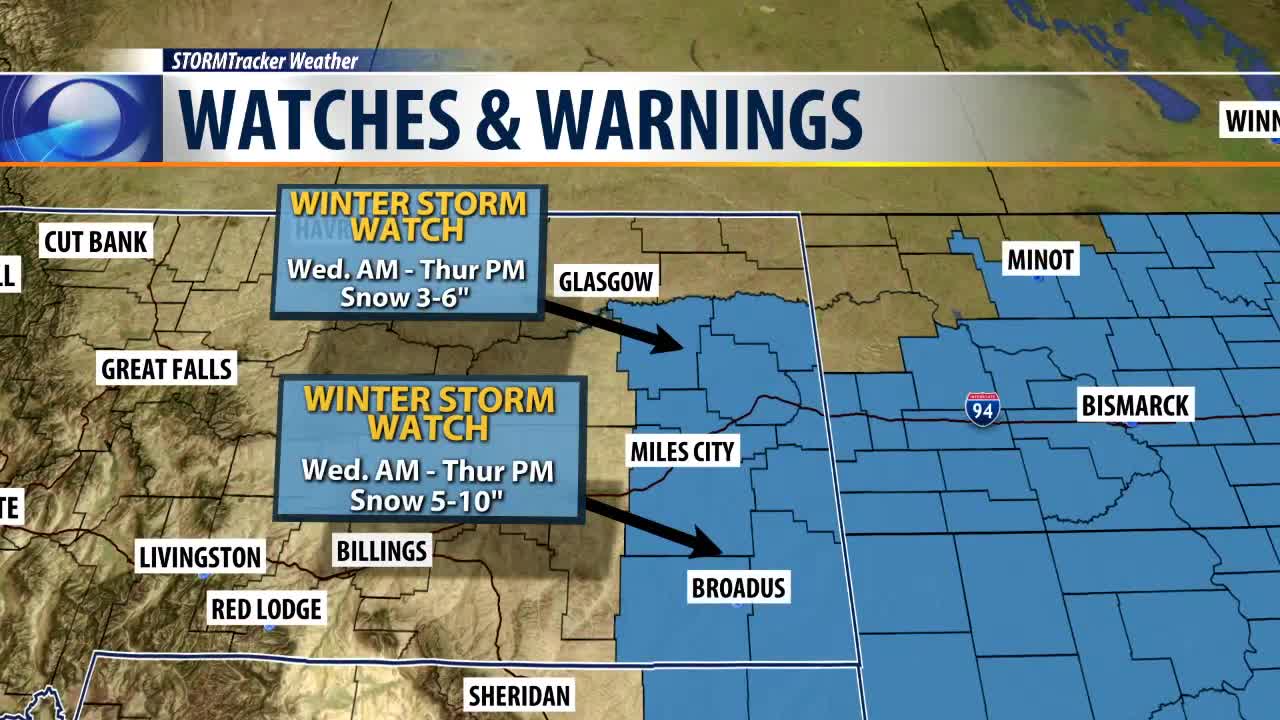 BILLINGS — No doubt about it, we are truly in the warm before the storm in Billings Tuesday. Our big winter storm is still on track to move through the state overnight and into Wednesday morning.

However, in Billings it's a very comfortable 72 degrees at 2 p.m.

If you look really closely, you can see the cold air is already starting to invade northwestern Montana from Canada.

The afternoon temperatures at Cut Bank, Great Falls and Helena are all into the 20s and 30s and the cold air continues to move southeast overnight.

In fact, you can see the moisture is overrunning the cold air up by Great Falls and Missoula and is turning into snowfall already.

It is simply a matter of time before all that snow starts moving into Billings.

In the meantime, we have a Winter Storm Warning that begins at midnight and goes until noon Thursday for the Billings area. We could see 6 to 10 inches of snow.

Big Horn County could see maybe 8 to 10 inches of snow, with varying amounts around the rest of the region.

The high-resolution forecast model shows the cold front has already entered the state and will push its way into the Billings area by midnight Wednessday. That's when it'll start snowing in Billings.

It is expected to snow throughout the overnight and into the morning and all day Wednesday and finally start to leave by Thursday afternoon.

Snowfall amounts for Billings are still expected to be about 6 to 10 inches, Livingston could see 10 to 14 inches of snow.

And temperatures will continue to stay into the 20s for afternoon highs on Wednesday and Thursday and then work their way back up to 48 degrees by Monday.

TONIGHT: Mostly cloudy and much colder with a 100% chance of rain in the evening turning to snow overnight. Snow accumulations around 3 inches are expected. North winds 10 to 20 mph. Low 25 degrees.

THURSDAY: Mostly cloudy and continued cold with a 40% chance for snow showers in the morning and again in the afternoon with accumulations of an additional inch. West winds 5 to 10 mph. High 28 degrees.