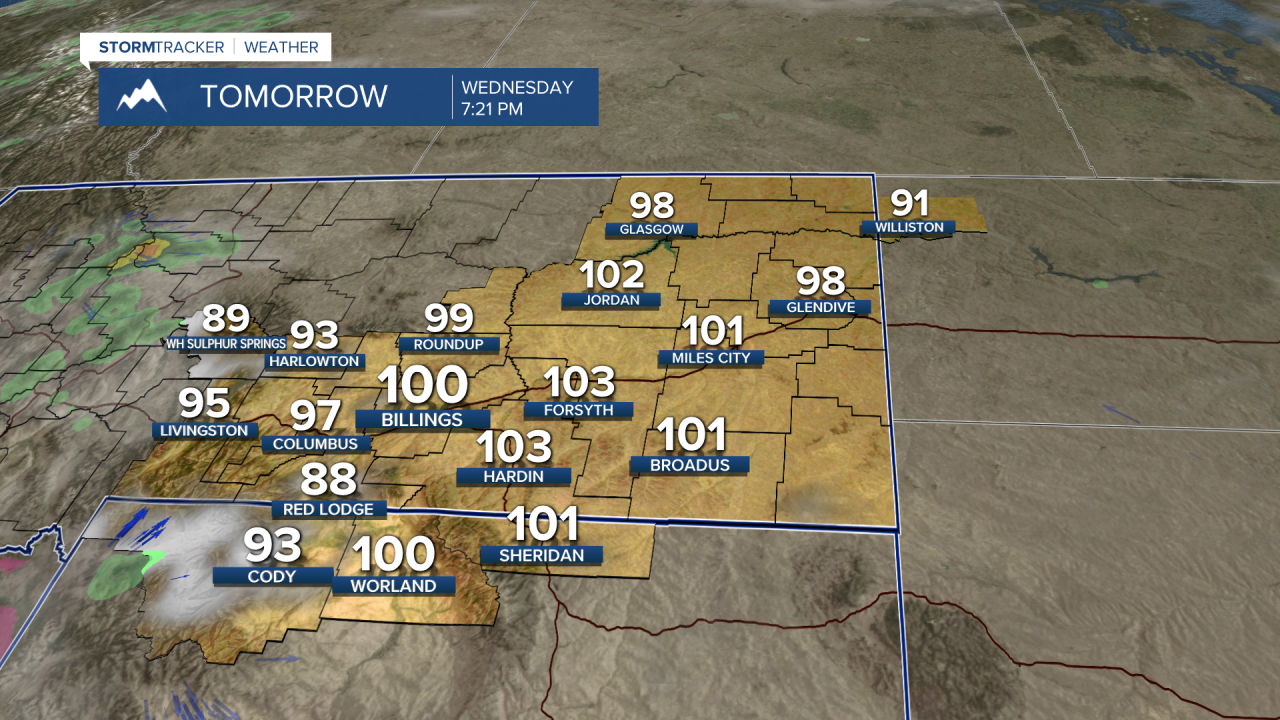 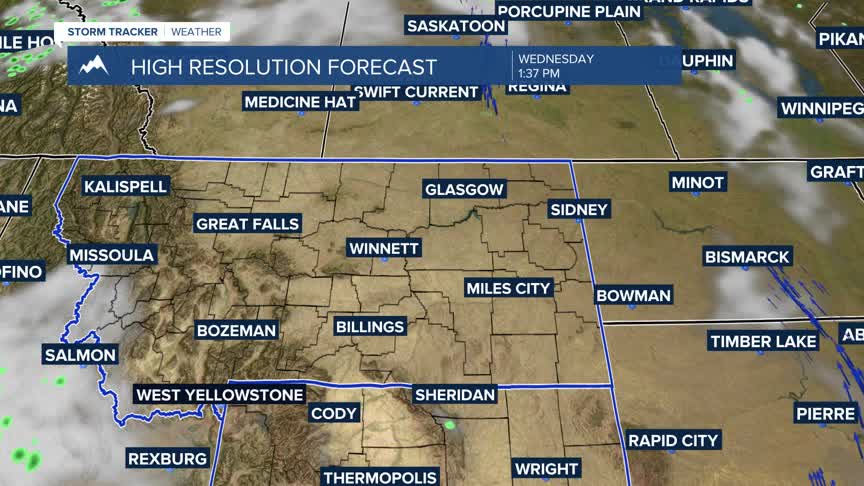 BILLINGS — Poolside is the place you want to be Tuesday in Billings. In the early afternoon, the temperature warmed up to 83 degrees under mostly sunny skies and a southeast wind at 6 mph.

Around the rest of the state, our current temps are mostly to the 70s and 80s everywhere we look, and it won't be too long a few these places will be into the 90s.

We do have a Red Flag Warning for parts of eastern Idaho. It won't be too long before that red flag warning will extend across southern Montana and northern Wyoming.

Possibly beginning Wednesday, and heading into the weekend, extremely high temperatures, low humidity and the possibility of dry thunderstorms moving over the area could cause erratic fire behavior during the end of the week.

We are already starting to see a few thunderstorms fire up in eastern Yellowstone National Park. Outside of that. it is pretty dry across the rest of Montana.

The high-resolution forecast model shows we can expect mostly sunny skies for the rest of the Tuesday and clearing skies Tuesday night.

Wednesday will see plenty of sunshine and much warmer temperatures as we get back up into the triple digits.

Wednesday night, we will see rain showers move into west-central Montana. On Thursday, cloudy skies and a few showers associated with a shortwave disturbance will track across the rest of the state.

This will actually cool us down into the low 90s on Thursday through Saturday. In the meantime, our temps roll back into the 50s and 60s for overnight lows Tuesday night.

We will top out at 100 on Wednesday, then roll back into the 90s Thursday through Saturday and into the upper 80s on Sunday and Monday.

THURSDAY: Partly sunny with a 30% chance for rain showers the morning then a slight chance for showers in the afternoon. West winds 5 to 15 mph. High 92 degrees.