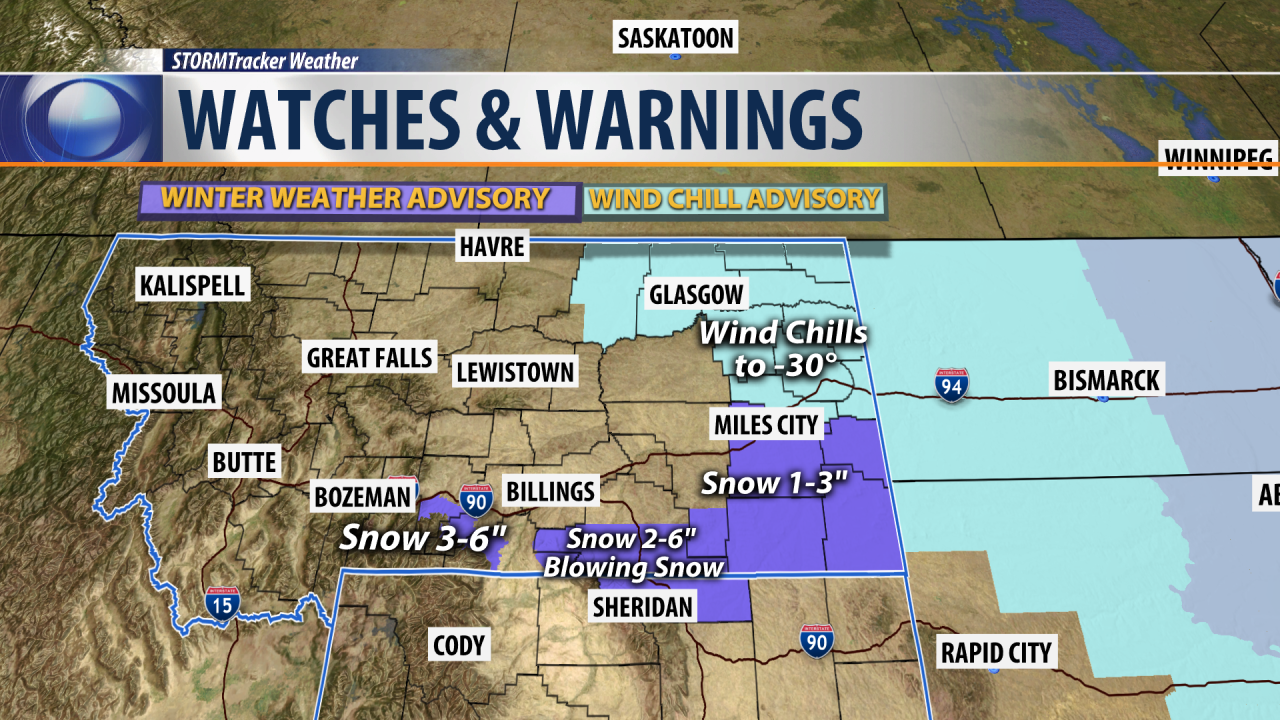 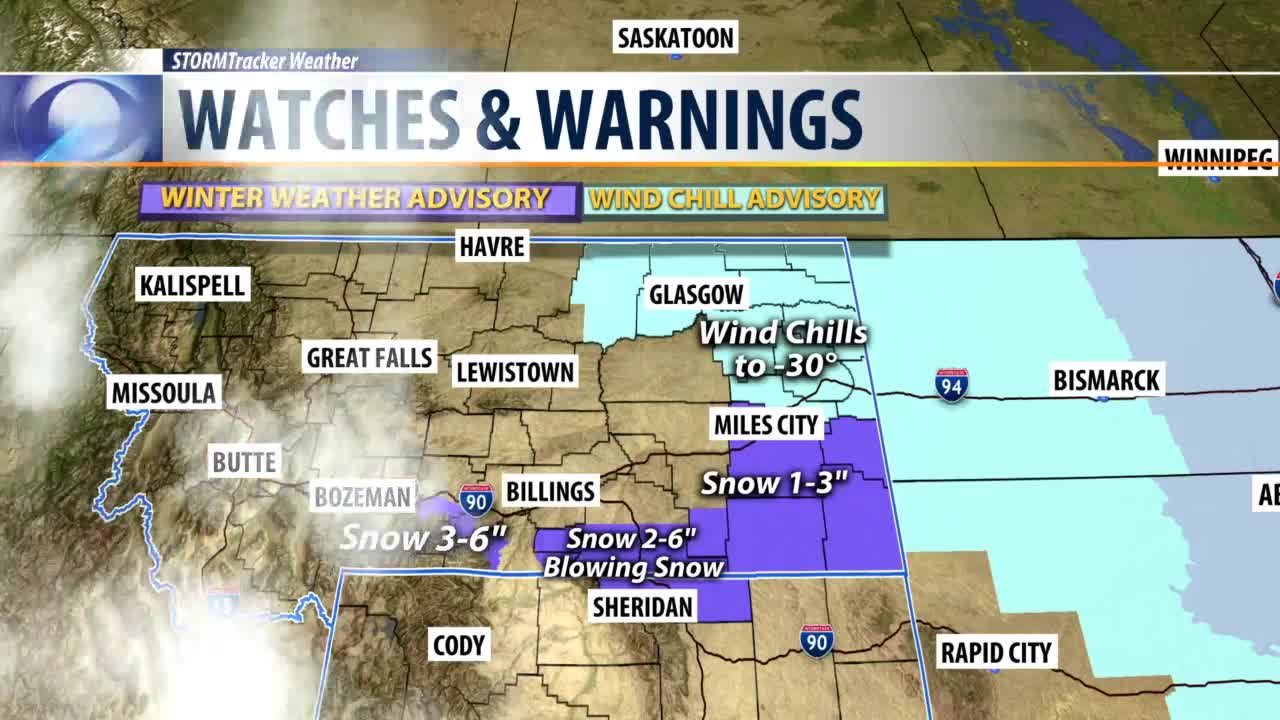 BILLINGS — It was a light dusting of snow that fell in Billings Wednesday morning. Most melted as soon as it hit the streets.

However, in the early afternoon, we are still seeing some light snow falling and temperatures only in the upper teens.

Around the rest of the state, temperatures continued to remain below zero in Williston, N.D., single digits from Glasgow and Glendive to Miles City, teens in the central part of the state and 20s, farther out West.

In the far west, we see temps into the 30s at Kalispell and Missoula.

The Doppler radar shows scattered snow showers around Billings, Great Falls and Missoula. Those are little Alberta clippers that came down from Canada and dropped a little bit of snow on their way.

Plus, we also have a Wind Chill Advisory for the northeast corner of the state. Wind chills could get as low as -30 degrees through Thursday morning.

We will continue to see isolated snow showers in western Montana and the south-central part of the state while the cold Arctic air will linger across most of eastern Montana Thursday morning.

It really isn't until Thursday afternoon that we see the cold Arctic air drain away from Montana and the light snowfall drains away with it.

On Friday, we see another fast-moving cold front moving through from the northwest and could bring us a chance for some isolated snow showers in south-central Montana and the Western part of the state.

Snowfall amounts are expected be light. The big winners will be places like Lewistown and Sheridan, Wyo., which could see maybe 1 to 2 inches of snow.

Our temperatures will stay around 20 degrees next hour then cool back down to the teens in the morning and jump up to 29 degrees about 2 p.m. Thursday.

TONIGHT: Mostly cloudy with a 60% chance for snow in the evening and more snow expected overnight. Accumulation of snow will be an inch or less. Southeast winds 5 to 10 mph. Low 9 degrees.

FRIDAY: Increasing clouds with a 20% chance for rain or snow in the afternoon and warmer. West winds 15 to 25 mph. High 41 degrees.