Q2 Weather: Billings is serving up a smoky and hot forecast 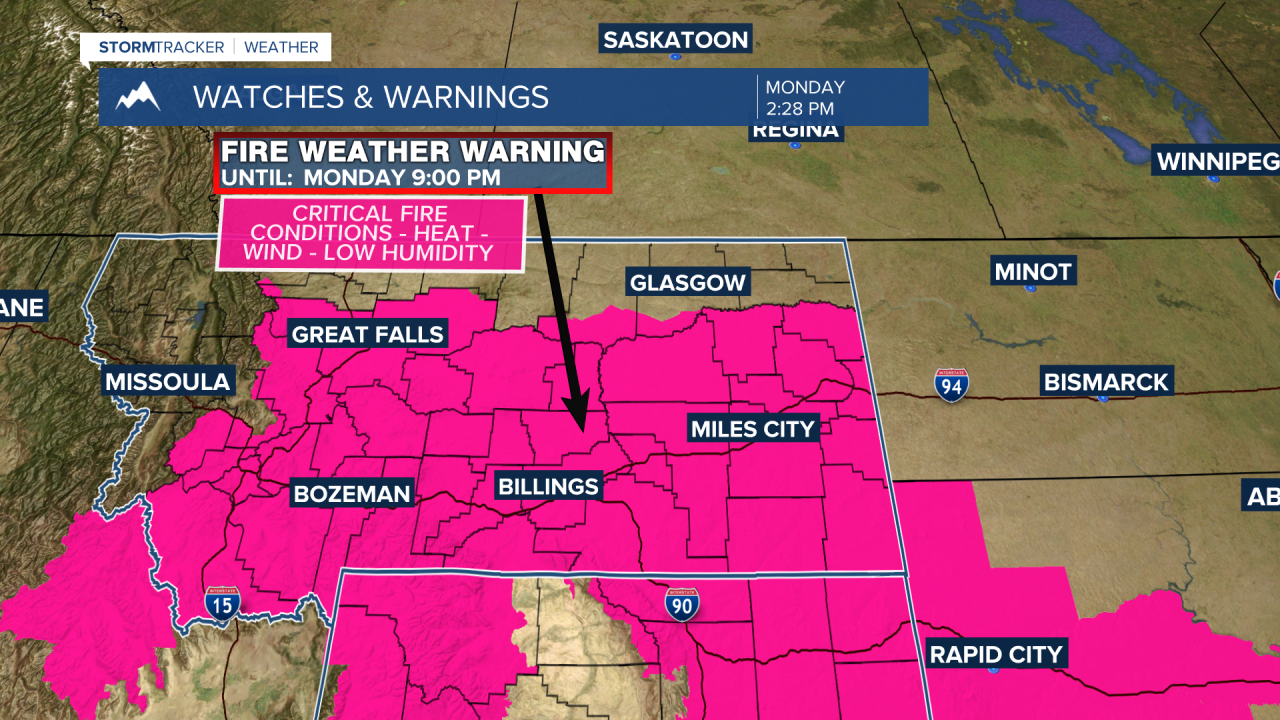 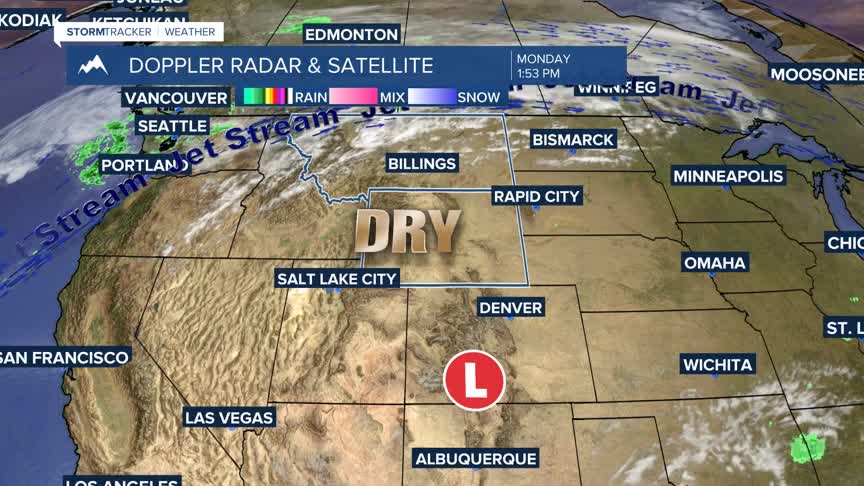 BILLINGS — As forecast and promised, the smoke began to get thicker in the Billings area Monday afternoon and across the rest of the state.

The temperature in Billings was 86 degrees in the afternoon with sunny skies above that the smoke. Winds are out of the southwest at 18 mph.

Around the rest of the state, our temps are mostly into the 60s and 70s out west, 80s in central Montana and 70s across the northeast corner of the state at Glendive and Miles City.

Plus, we have a Red Flag Warning for central and southern Montana Monday. It stays with us until 9 p.m.

In the west, it's an Air Quality Warning until Tuesday morning for harmful smoke particulates that are causing unhealthy air for certain groups of people.

The Doppler radar and satellite imagery shows mostly cloudy skies rolling in from west-central Montana, arching up into the north-central part of the state and out to the northeast corner.

Most of the rain continues to stay jammed up in southern Canada.

At the surface, we do see a new cold front dropping down from Canada Monday. It has no moisture to work with, so all it will do is just bring cooler temperatures to southern Montana by midweek.

But this is what we will have to deal with for the rest of the week, and that's the thick smoke across all of Montana and the Pacific Northwest. We will even see smoke into the great Northern Plains.

We will top out at 89 on Tuesday, go down to 75 on Wednesday and we will keep it into the 70s and 80s throughout the rest of the week and on into the weekend.