Q2 Weather: Billings is right on the edge of bumpy weather 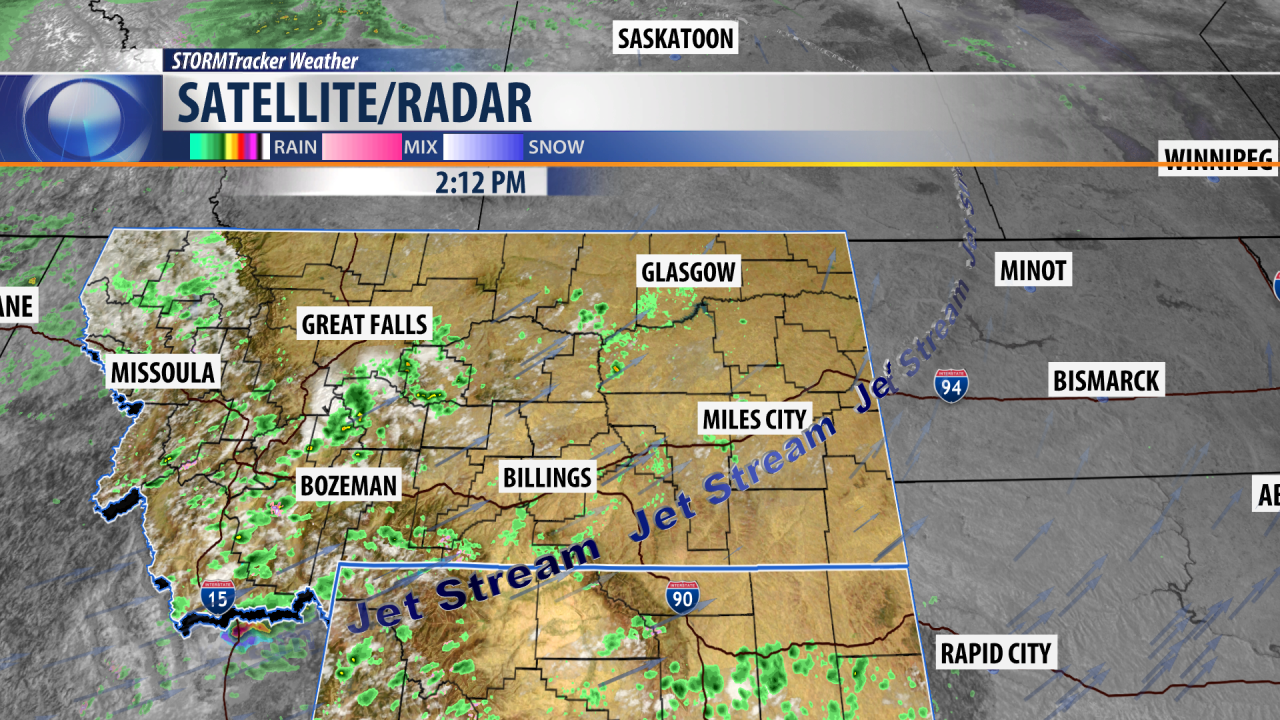 BILLINGS — We have plenty of sunshine in the Billings area, and early Wednesday afternoon, the temperature's almost room temperature at 73 degrees.

Around the rest of the state, it's cool out in the west with temps mostly to the 50s and 60s. But back east to the divide, look at all those 70s, and Worland, Wyoming, is already up into the 80s.

The Doppler radar and satellite imagery shows we have a southwesterly flow of air Wednesday. Caught up in that flow are several minor weather disturbances and a few thunderstorms.

So far most of the storms continue to be a little too far west and north of Billings, but we think it's a matter of time before we start getting showers in south-central Montana.

The thunderstorm outlook shows a marginal risk of severe storms from the Southwest through Billings and all the way up toward Glasgow. East of that, we can expect a stray shower or two.

On Thursday, the marginal risk of severe storms tracks into the Dakotas. Just a stray shower or two is all will see in the southeast corner of the state.

The high-resolution forecast model shows we might see showers move into the Billings area around 6 p.m. After that, the skies dry up for Thursday morning and stay that way in until 6 p.m.

We expect mostly sunny skies from one side of the state to the other on Friday. The rainfall amounts are expected to be light for Sheridan, Billings and Miles City.

Until then, we are expecting the temps to stay into the 70s the rest of Wednesday, drop back down to into the 50s in the morning and up to 79 degrees Thursday afternoon.

We will top out at 83 on Thursday up to the upper 80s on Friday and Saturday, then roll back to the low 80s on Sunday, Monday and Tuesday.

TONIGHT: Mostly clear with a 20% chance for showers and thunderstorms in the evening. West winds 5 to 15 mph. Low 51 degrees.

THURSDAY: Mostly sunny and warmer. West winds 5 to 10 mph the morning shifting to the East 5 to 15 mph in the afternoon. High 83 degrees.

FRIDAY: Mostly sunny and warmer with a 20% chance for afternoon thunderstorms. West winds 5 to 10 mph the morning shifting to the Southeast in the afternoon. High 88 degrees.