Q2 Weather: Billings is in the warm before the storm 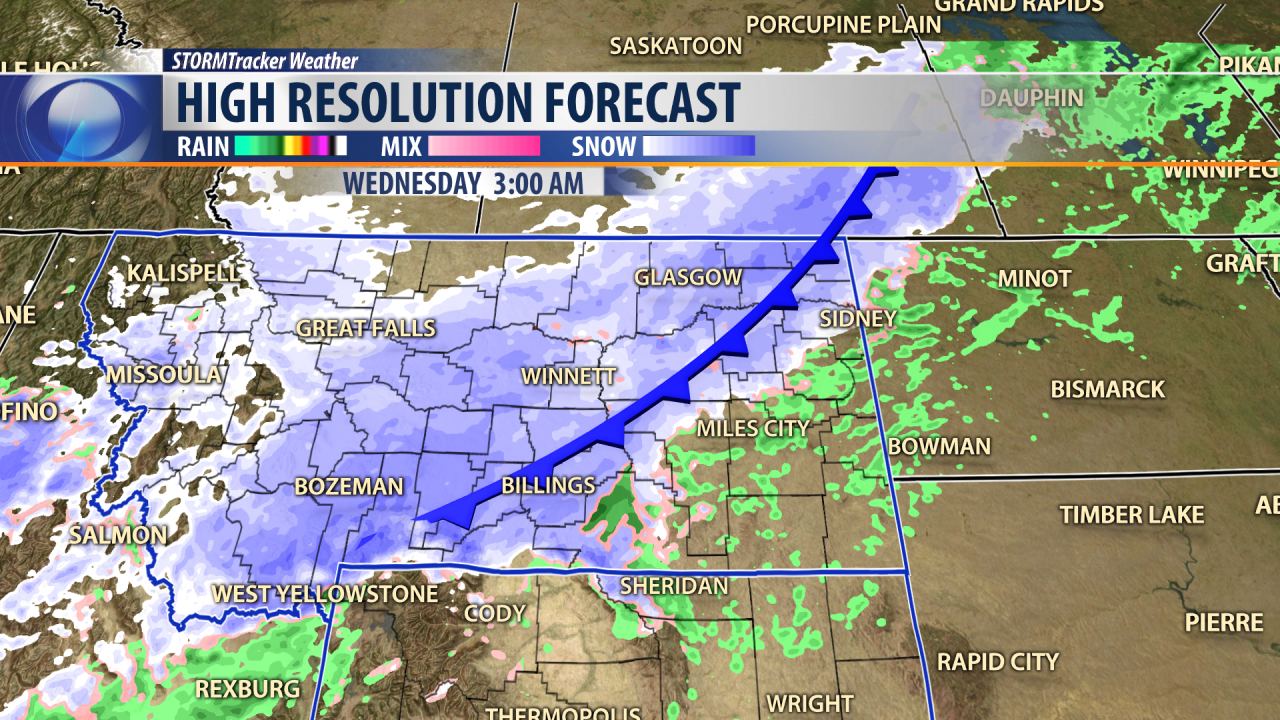 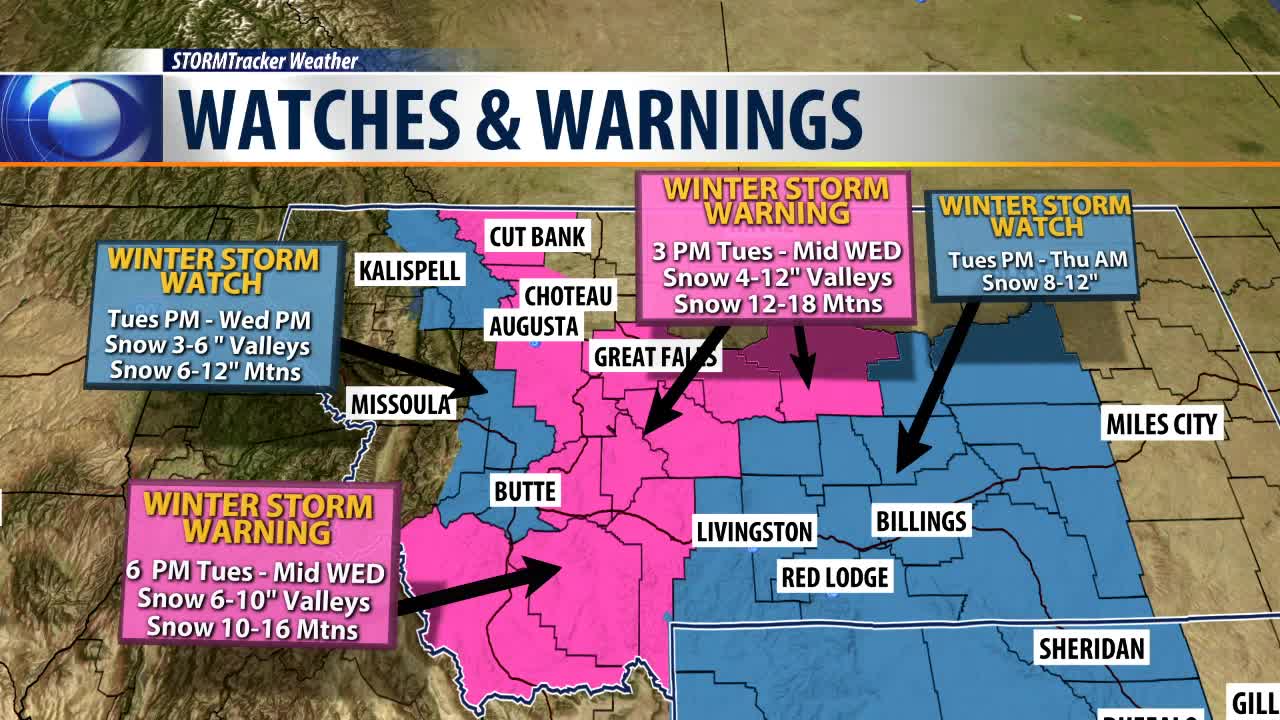 BILLINGS — It's a fairly beautiful Monday afternoon in Billings. The skies are partly cloudy, and the temperature is a comfortable 66 degrees at 2 p.m.

The Doppler radar and satellite imagery showed Monday afernoon just a few cloudy skies across the central part of the state and up in the northwest corner. This is kind of the warm before the upcoming storm.

For Monday, we have a High Wind Warning up by Cut Bank for winds gusting up to 75 mph. Plus we have a Winter Storm Warning on the Rocky Mountain front for snow up to 12 inches in the mountains and six inches in the valley.

Plus we have a Winter Storm Watch on the other side of the mountain by Kalispell for snow measuring two to four inches in the valleys and up to 12 inches the mountains.

In the Billings area, we could see eight to 12 inches of snow Tuesday evening through Thursday morning.

The high-resolution forecast model for Monday shows a benign weather pattern until about Tuesday evening, when a new cold front drops by and starts producing rain across much of central and south central Montana, including Billings.

Snowfall amounts for Billings look to be about six to 10 inches of snow through Thursday evening, and 10 to 14 inches in Livingston.

Once the cold front hits on Tuesday night, temperatures will drop back down to the 30s and 40s for the rest of the week.

TUESDAY: Mostly sunny with a 20% chance for rain in the afternoon and again that evening changing to snow overnight. Possible snow amounts up to 3 inches. Southwest winds 5 to 15 mph. High 69 degrees.