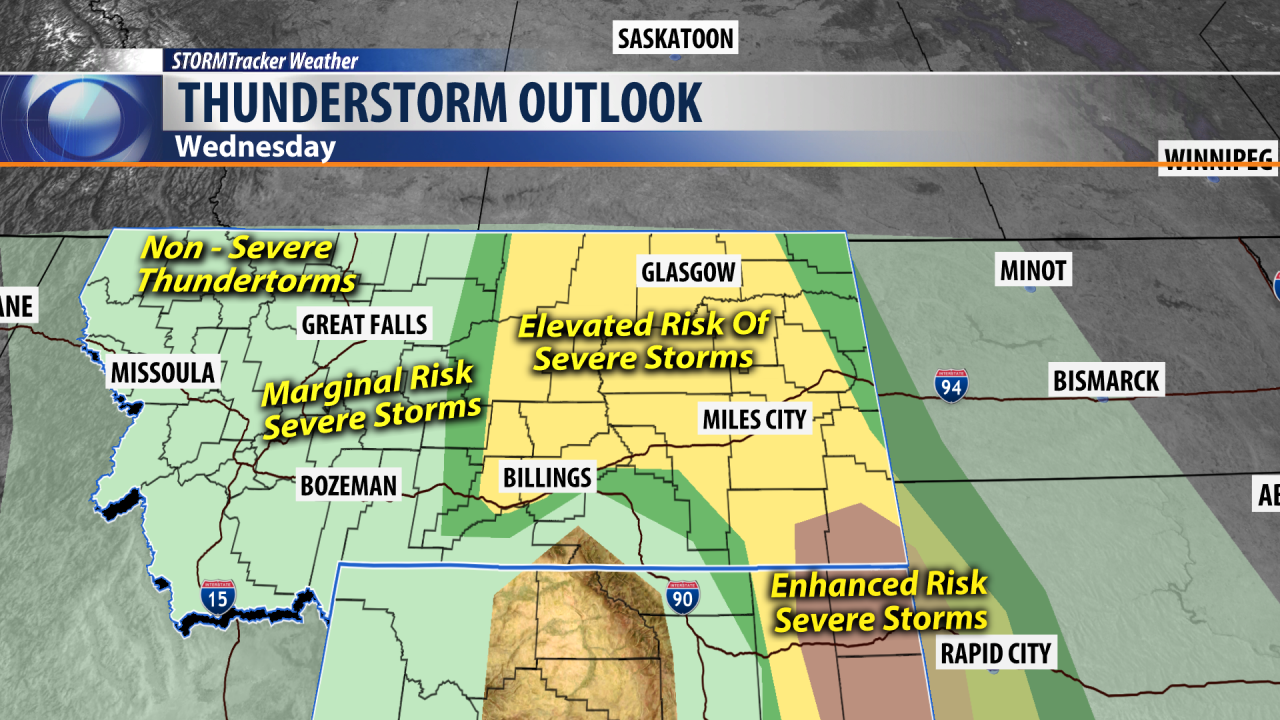 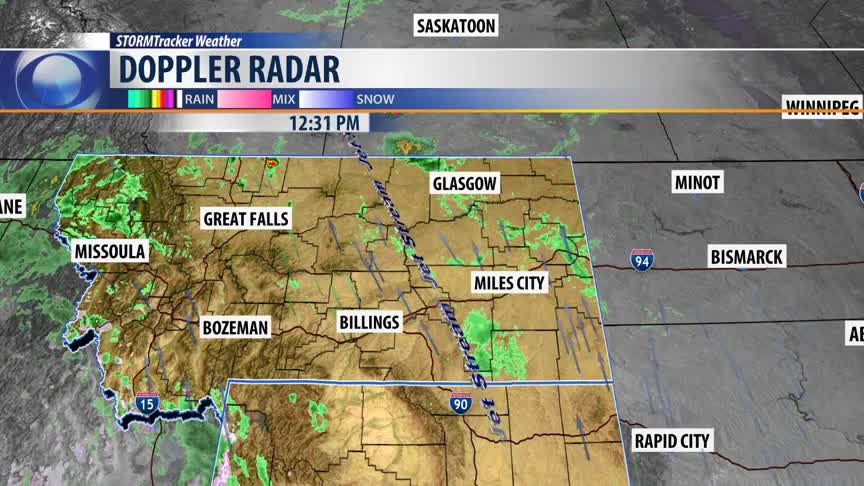 BILLINGS — If it looks a little hazy out there Wednesday, that’s because more moisture is being pumped into the region. This adds energy to any storms that may develop.

In Billings, at 3 p.m. it was 73 degrees with mostly cloudy skies. Not enough heat to create severe thunderstorms, but enough to get the process going.

Around the rest of the state, temps are mostly into the 50s and 60s, but we do see some 70s looking to get into the 80s in extreme eastern Montana today.

But here's the big story: The thunderstorm outlook for Wednesday shows an enhanced risk of severe thunderstorms coming out of Wyoming later in the afternoon and heading into southeastern Montana.

Along with that, we have an elevated risk of severe storms covering most of eastern Montana, including Billings. This means we could see very strong thunderstorms moving into the area as the night goes on.

On Wednesday afternoon, we have a warning in western Montana that's a Flood Advisory for Central Missoula and Ravalli County.

Plus. we have a High Wind Watch for the Rocky Mountain front for winds gusting to 60 mph and a Flood Warning on the Clark Fork River north of Missoula.

And now, it looks like we have a Severe Thunderstorm Watch that covers most of central Montana including Billings, Lewistown, Havre and Miles City and the southeast corner of the state.

The thunderstorm outlook for Thursday shows only isolated thundershowers possible in the southwest corner of the state and not expected go anywhere else.

The Doppler radar shows the heavy line of showers and thunderstorms west of the Billings area tracking up more toward Great Falls and only minor light rain showers in eastern Montana.

A fresh batch of heavy rainfall is moving into northern Wyoming. This could push its way into the southeast corner of Montana later Wednesday night.

The high-resolution forecast model shows these big thunderstorms of continue to push their way to the southeast and to our northwest by 6 p.m. then, most of Thursday morning will be dry east of the divide.

The next chance of rain for Billings will probably come Friday morning and then again later on that afternoon. However, we're expecting light rain then.

We will get into the upper 70s Wednesday then cool back down to the upper 40s in the morning back up to 66 degrees about 3 p.m. Thursday.

We will top out at 71 on Thursday down the 57 on Saturday and then back to 80 degrees by Tuesday.

FRIDAY: Mostly cloudy with a 40% chance for showers and thunderstorms in the afternoon. Northwest winds 5 to 15 mph. High 67 degrees.