Q2 Weather: A timeline of cold and snow in Montana 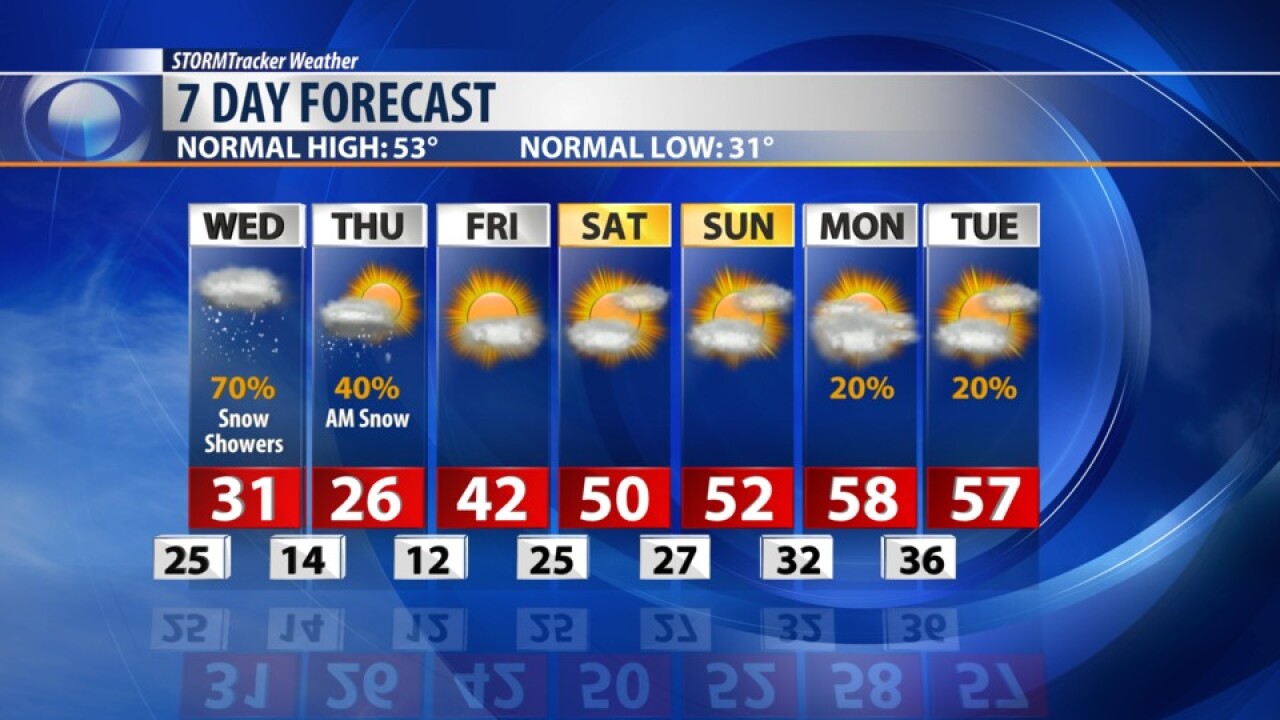 BILLINGS — Colder air and snow showers impact the area in the short term.

Rain and snow showers Tuesday evening become all snow overnight. Through Wednesday morning, the biggest impacts will be in central and northern Montana.

Wednesday will be colder with highs in the 20s and 30s. Snow will generally be light, and the sun high enough in the sky to keep many of the roadways wet instead of snowy.

Wednesday night, a low through Wyoming will hammer some of the area mountains with snow with much of southern Montana and Northern Wyoming getting 1 to 3 inches of snow in the lower elevations.

Thursday will start with snow showers and transition to drier but chilly weather. Cold air remains with a clearing sky Thursday night through Friday morning with lows in the teens and maybe some single digits.

By Friday afternoon, a warming trend begins with some scattered showers mainly in the mountains.

Wednesday… Cloudy to mostly cloudy. Periods of light snow. High of about 31.