Q2 Weather: A soggy start to the week: more rain to come for Billings 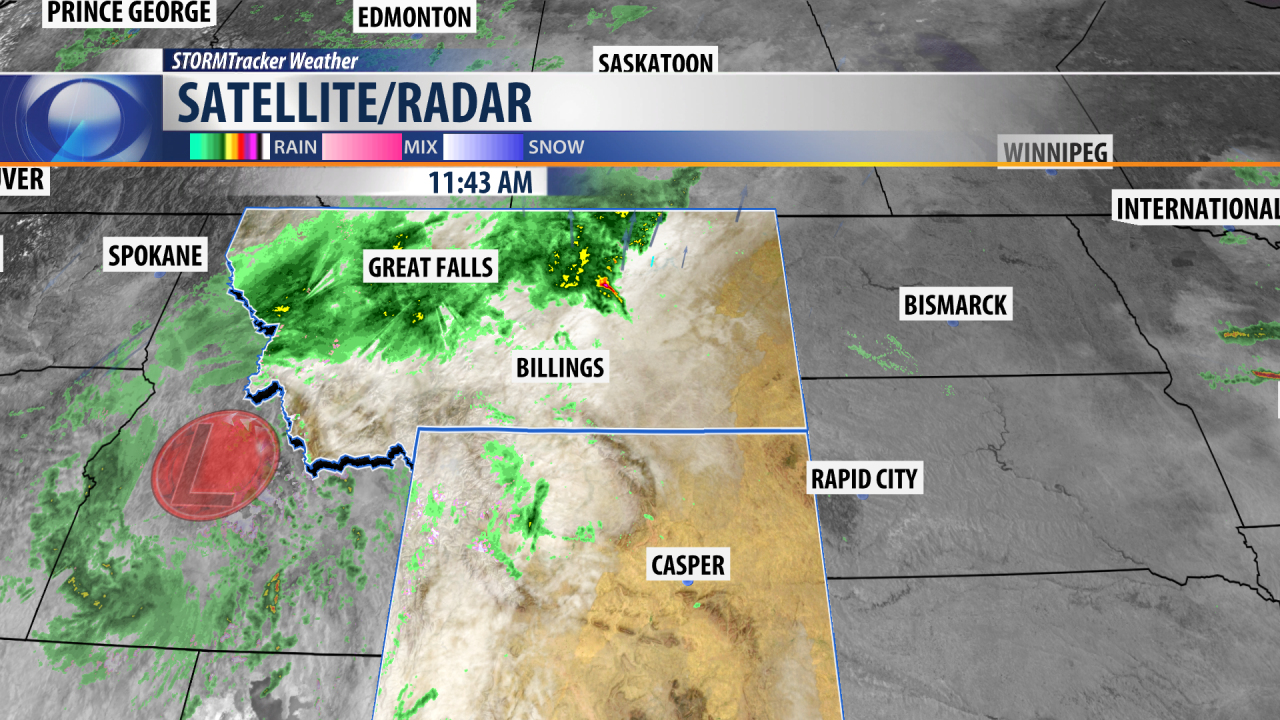 The rain has stopped in the Billings area Monday afternoon but there is some more just on the other side of the Yellowstone River that is moving into Billings very shortly.

In Billings, it's 56 degrees in the afternoon with mostly cloudy skies and a west wind at 15 mph. Since midnight, Billings has measured 1.41 inches of rainfall and it is still coming down.

When you add in the third of an inch we picked up before midnight last night, this comes up to be quite a total.

Around the rest of the state, the temps are mostly to the 40s and 50s in the southwest and where it has been raining. Where it has not been raining, we see temps into the 60s and 70s.

The Doppler radar shows that rainfall continues to stream up from Wyoming into Montana and then arches back around into an upper-level, low-pressure cell in Idaho.

That upper-level low continues to sling a little more moisture away so we're not through this thing yet. In fact, we see a few more showers later Monday and Tuesday.

Our thunderstorm outlook shows showers across southern Montana and an increased risk of severe storms in the extreme eastern edge of the state. That's where we can see large hail, heavy rain and damaging winds and even a possible tornado.

On Tuesday, we expect the showers across the two-state area, and most of the big and bad stuff is heading into the Dakotas.

Our high-resolution forecast model shows we still have another batch of rain to move in before the night is over. And that will continue to move up and spin around the west and eventually come back Tuesday about 10:30 p.m.

After that, we see the showers fade away for Wednesday morning, but a fresh batch could come in late Wednesday night.

The computer model says we could pick up another third of an inch for the Billings area overnight.

However, for the rest of the afternoon, we are expecting the temps to get into the 60s and stay there. Then they will drop back down to the 50s in the morning and back to the 60s Tuesday afternoon.

We will top out at 71 on Tuesday and work our way into the 80s by the time the weekend gets here.

TUESDAY: Mostly sunny with a 40% chance for morning rain showers than a slight chance for thunderstorms in the afternoon. Southwest winds 5 to 15 mph. High 71 degrees.