Q2 Weather: A shot of snow for Billings, then 40s next week 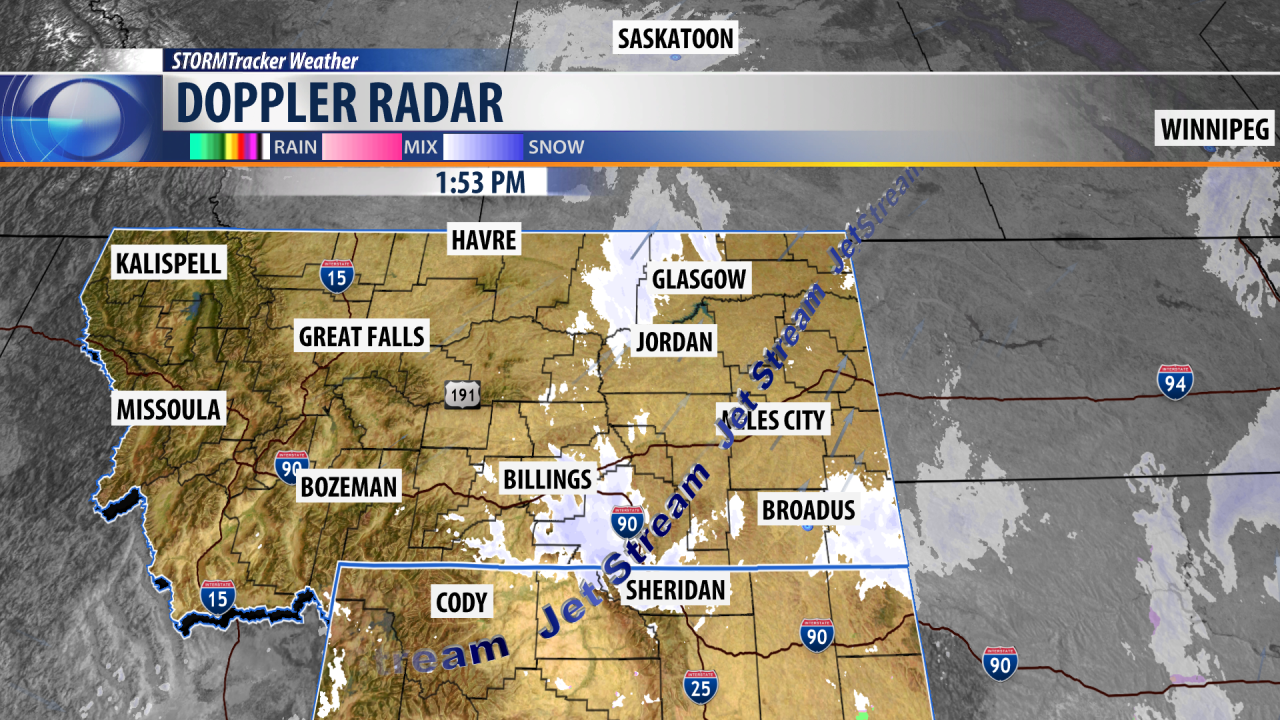 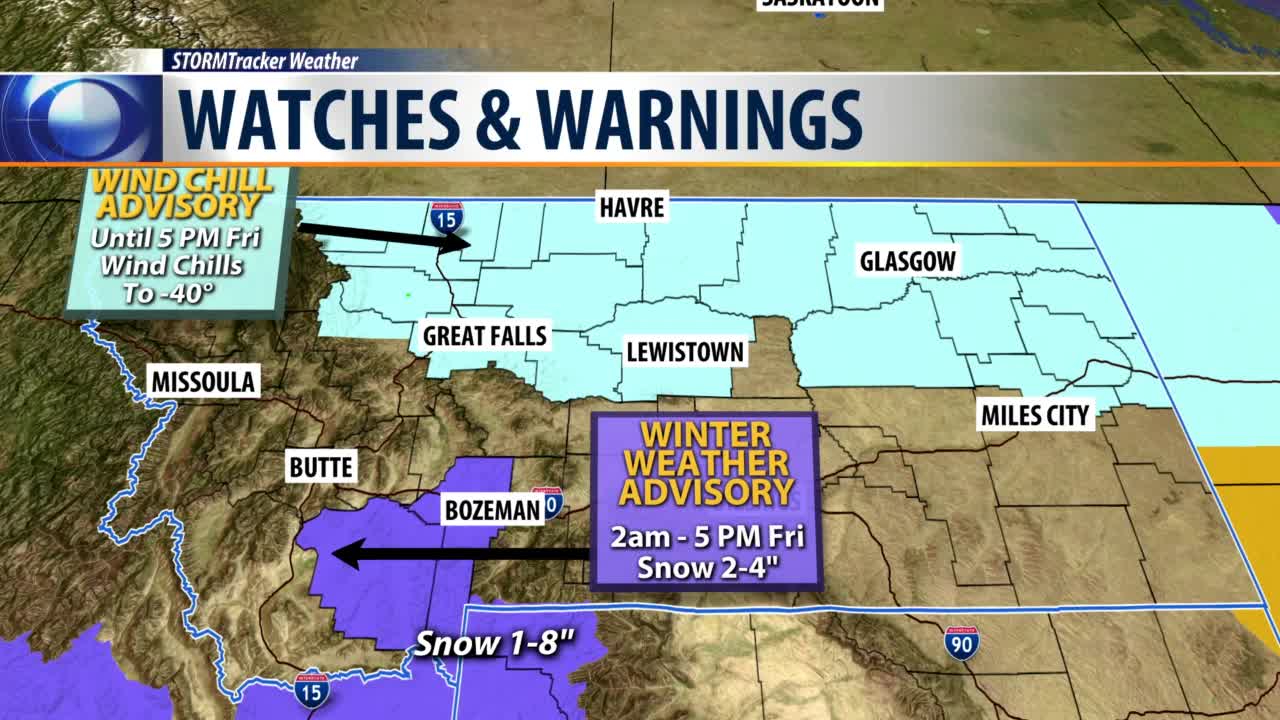 BILLINGS — Light snow was forecast and delivered in Billings early Friday afternoon. Around an inch or less of snow has fallen and the temperatures are slowly moving up.

At 1:30 p.m., the temperature in Billings was 10 degrees with light snow. Since then, the snow has stopped and continues to move out of the region.

Low temperatures in Montana were a little bit warmer than the past few days, but still across the Hi-Line. It was very cold- Billing started the day at 9 degrees but Cut Bank was 17 below, Great Falls 11 degrees below zero, while Havre reported -9 degrees.

Since then, everybody around the state has warmed up. However, there were still subzero readings at Cut Bank, Great Falls and Havre. Everyone else seems to be at least above zero.

We still have a small stream Flood Advisory for Choteau on Spring Creek where an ice jam has formed. Plus, a Wind Chill Advisory will continue across the Hi-Line for wind chills as cold as -40 degrees.

We still see a Winter Weather Advisory until 5 p.m. for Madison and Park counties of Montana. There we could pick up another 2 to 4 inches of snow.

The Doppler radar shows most of the snow is in the process of leaving the area and the state. But we still see a little bit of light snow continuing around Big Horn County all the way to the southeast corner the state in Carter County.

The high-resolution forecast model shows those snow showers will continue to move into the Dakotas for the rest of the afternoon.

We expect mostly dry conditions on Saturday morning, but we could see some more snow move in to Billings by Saturday at 10 p.m. After that, Sunday will be dry and warmer.

Temperatures will continue to warm up into the teens Friday afternoon and then back down to 5 degrees in the morning and back to the 20s Saturday afternoon.

After that, our temps jump up into the 40s on Sunday and stay there all the way through Thursday.

TONIGHT: Partly cloudy and not so cold. West winds 5 to 15 mph, bringing wind chill factors as low as -10. Low 8 degrees.

SATURDAY: Mostly sunny and a little but warmer. West winds 5 to 15 mph the morning shifting to the South in the afternoon. High 27 degrees.

SUNDAY: Mostly sunny and not as cold. Southwest winds 5 to 15 mph. High 40 degrees.