Q2 Weather: A little rain on the menu tonight in Billings 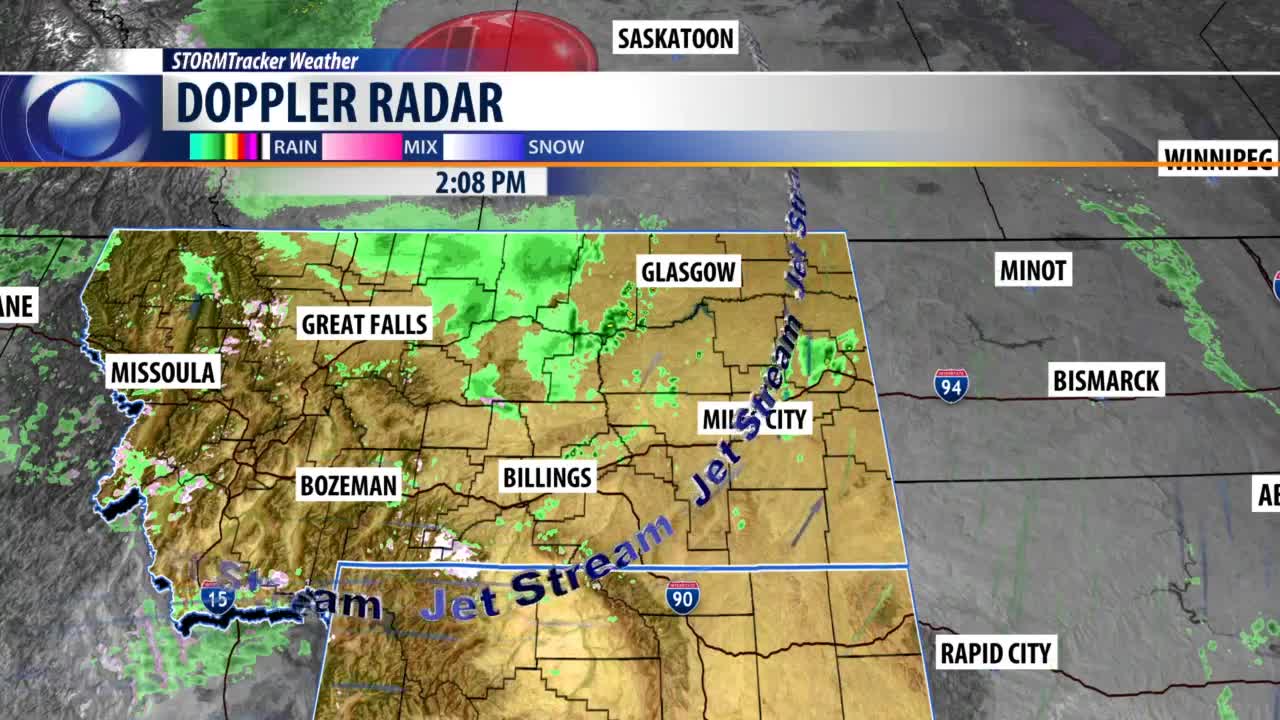 BILLINGS — The skies around Billings remain kind of cloudy but the grass is green on the South Hills thanks to the recent rains. It looks like the weather's going to give us a little bit of a break Thursday.

On Thursday afternoon, it was 66 degrees in Billings with a southwest wind at 18 mph.

Around the rest of the state, our temps are mostly into the 50s in the far west, 60s in central Montana and a few 70s up in the northeast corner of the state.

The thunderstorm outlook gives us a little bit of a break Thursday from thunderstorms. We will see non-severe storms that start in the southwest and go to the northeast.

But there is this now: We have a Winter Weather Advisory starting at 9 p.m. Thursday going until noon on Friday in the Gallatin mountains for 2 to 5 inches of snow above 6,500 feet.

It is all part of a much larger low-pressure cell that's over in southern Canada. It's drawing all the moisture in the state. This will explain our unsettled weather pattern for the next two days.

The high-resolution forecast model shows all the moisture streaming in from the west will move into the Beartooth and the Gallatin mountains and eventually bring showers into the Billings area about 6 p.m. Thursday.

From there, looks like our next shot at showers comes in Friday about 6:30 p.m. and then more rain will move up from Wyoming on Saturday morning and keeping us in showers throughout most of Saturday.

The computer model suggested Billings might get anywhere from a quarter to maybe two thirds of an inch of rainfall out of it.

The temperatures will continue to cool a little bit, back down into the 40s in the morning but still into the 60s Friday afternoon.

The high temp on Friday will be 67 degrees down to 54 degrees on Saturday for the high. Then we work up to 80 degrees by Tuesday and 78 on Wednesday.

TONIGHT: Partly cloudy with a 20% chance for thunderstorms this evening, then a slight chance of rain overnight. West winds 5 to 15 mph. Low 46 degrees.

FRIDAY: Mostly cloudy with a 30% chance for rain showers in the afternoon. West winds 5 to 15 mph. High 67 degrees.

SATURDAY: Mostly cloudy with a 70% chance for rain in the morning and rain showers likely again in the afternoon with a slight chance for thunderstorm. North winds 5 to 15 mph. High 54 degrees.