Q2 Weather: A little less dramatic weather today and this week in Billings 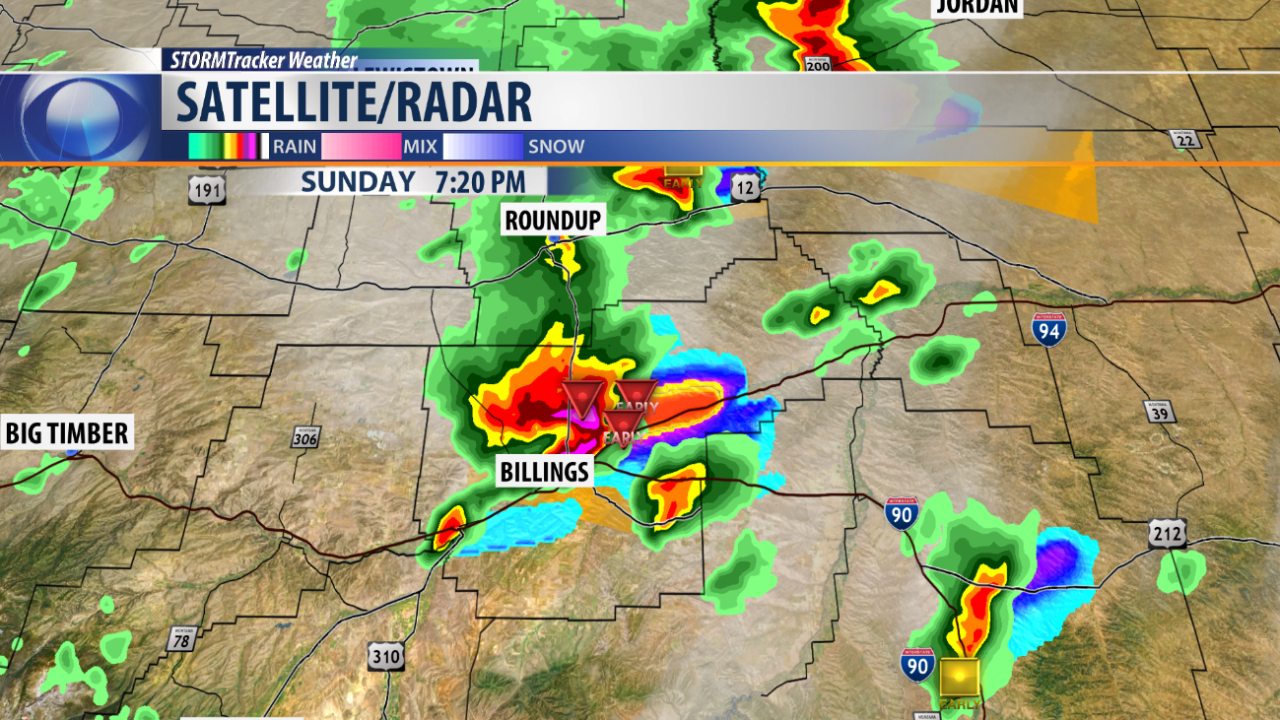 BILLINGS — The weather in the Billings area Monday shows a little less drama that what we had Sunday. In fact, as of 2 p.m., the temperatures were already in the upper 70s sliding into the low 80s.

Around the rest of the state, the temperatures are mostly in the 60s in the west and 70s in the east. Billings and Jordan both reported 79 degrees at 2 p.m. Monday.

Our thunderstorm outlook for Monday does show isolated thundershowers possible again across the Hi-Line but nothing severe. Most of that’s reserved for North Dakota.

It's still dragging moisture across the Hi-Line drawing it into the center of the low pressure cell.

Sunday night’s Doppler radar did show a line of showers and thunderstorms looking like they were going to eventually do an end run around the Billings area.

However, right about 5:30 p.m., a strong chunk of the storm broke away and started moving right at Billings.

The storm did show early signs tornadic rotation, but apparently it never touched the ground to become a full-blown tornado.

The hail tracks show the heaviest hail stayed primarily north of the city heading right for the Billings Heights. Some small hail was seen south of the city and the Yellowstone River.

For the rest of Monday and the next 24 to 48 hours, we’re expecting generally drier conditions moving in with only spotty sprinkles at best across south-central Montana and Billings.

After getting into the 80s Monday, we will probably see the temps roll back down to the 50s in the morning and back to the low 80s Tuesday afternoon.

In fact, we're expecting temperatures to stay into the 80s for the rest of this next week.